Staring at Your Rearview Through the World 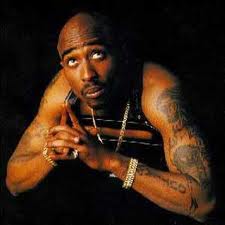 Today is the 15th anniversary of Tupac Shakur’s death. I’ve spent a few moments today reflecting on my memories of the day he died. I was a senior in high school and I remember my friend Orlando came into Autocad class and told me the news. Pac had been shot a week earlier in Las Vegas and since he had survived for several days I assumed he would pull through. I remember like most fans, I assumed Tupac would come back and make an album about the experience like he had the first time he was shot in 1994. I remember his death being the most impactful celebrity passing of my formidable years. Sure I can vividly recall where I was when I heard about Kurt Cobain, Biggie, and Chris Farley’s deaths. The news about 2Pac just seemed harder to swallow. Each of these entertainers was abundantly talented and taken far too early in life, but I carried this unresolved feeling with me that the magnitude of Tupac’s death was incalculable. At that age, I didn’t really understand why, but the tragedy of Tupac’s death reverberated in my mind for months and years.

I spent a lot of time reflecting about the matter, and the conclusion that I came to several years later was documented in an article I wrote for either Seeds From the White Rose or The Stash Box. I wanted to republish the article today on theLeftAhead but I am traveling and don’t have access to my archives. Nonetheless, I will happily try to reconstruct my thoughts concerning the tragedy of Tupac Shakur’s passing. At a later date, I will dig up the original article and post it on this site. If my memory serves me correctly, the article was published in a September issue upon one of the previous anniversaries of his death.

The magnitude of Pac’s death was incalculable because he was a young man of limitless potential that transcended the boundaries of artistry or entertainment. When he died so young, America was not just deprived of a talented musician. It was deprived of the maturation of one of the most impactful cultural and possible political leaders for a generation. Tupac Shakur was 25 years old when he died. This is something to keep in mind while trying to square the measure of his potential with his behavior in the months leading up to his death. It’s hard, if you take a snap shot of the braggadocious Death Row recording artist who was embroiled in scandal and violence in 1996, to uncover his life’s more critical trajectory. But Tupac Shakur was on a pathway that could have potentially resonated in him becoming one of the most important figures in the American social justice movement by the early 21st century.

He was a revolutionary by birthright. Born in 1971, his parents Afeni Shakur and Billy Garland were active members of the Black Panther Party. His mother was pregnant with him behind bars while facing charges of “Conspiracy Against the United States Government and New York Landmarks” in the New York Panther 21 court case. She was acquitted a month before giving birth to him. I mention his heritage in the context that by age 23, Tupac Shakur had already developed into a revolutionary cultural artist and poet. His numerous volumes of poetry showed a deep understanding of the socioeconomic problems in America. His early work as a recording artist showed a deep compassion for the inner city condition and a calculated understanding of how to harness the power of hip hop as an instrument to inspire revolutionary political change. By 1994 Tupac’s many personal problems became the predominant theme of his music and his artistic expression became more introspective and eventually paranoid and self-destructive. But the power of his voice never waivered and he was clearly capable of getting back to cultivating the seeds of cultural expression and revolutionary change from his earlier career had he lived through his second gun shot attack. At twenty five, he was still just a kid. Putting into perspective my own development as an artist and a social justice activist, I am dramatically more mature and refined now than I was at the age that he died.

Tupac Shakur’s extensive artistic works speak for themselves. Anyone who takes the time to study them will clearly see his potential to have developed into a great cultural and political leader had he lived. I’m doing them a disservice by contextualizing them down into a few paragraphs. Of course the sad reality is that he didn’t live, and of course a great many of his personal choices in life probably contributed to his tragic early death. It’s easy to get caught up in the game of recalculating recent history in a world which included an ever maturing Tupac Shakur in it. Granted, I understand this is an exercise in extreme speculation and ultimately an exercise in futility. After all, whether destiny or merely extremely bad luck, the world lost 2Pac exactly fifteen years ago today and the amazing body of work and legacy that he left through his impact on 26 short years is remarkable enough to celebrate without contingencies. But the same unresolved feeling of incalculable tragedy that reverberated in my mind all those years ago, is still with me today. I came to understand that it would never go away because of something he said in his last interview. On April 19, 1996, 2Pac gave an interview with Sway for KMEL’s Westside Radio Program. In the interview, 2Pac began speculating about the 2000 Presidential election. Keep in mind to view this dialogue through the prism that this is a 24 year old kid who was living with the paranoia associated with the constant threat of death. For me personally, this moment is a beaming light into the endless potential this revolutionary artist had for exceptional leadership in the struggle for social justice. This to me epitomizes the tragedy of the potential greatness that was taken away from America’s future by Tupac Shakur’s tragic early death. This to me epitomizes the reason why I will always carry with me the agonizing pursuit of contemplating what could have been. Please listen.

Subscribe to this author's posts feed via RSS
In category: Culture, Music
Tags:2Pac