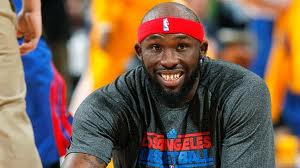 Yesterday afternoon, with three minutes and 14 seconds left in Game 3 of the second round playoff series between the LA Clippers and San Antonio, the Spurs were protecting a 13 point advantage when Spurs Coach, Gregg Popovich, decided to implement the Hack-A-Shaq defensive strategy on Clipper forward, Reggie Evans. The Spurs proceeded to intentionally foul Evans, who is a notoriously poor free throw shooter, in hopes of stifling the Clippers’ chances of mounting a comeback. The rationale for the Hack-A-Shaq strategy in this situation was the assumption that Reggie Evans would not be able to make enough of his free throw shots to significantly cut into the Spurs lead. Before the Spurs began intentionally fouling him with 3:14 left, Reggie Evans was 1-4 from the free throw line in the game and 15-32 overall on free throws in the playoffs. Therefore, he was shooting 25 percent in the game and 47 percent for the playoffs. Down by 13 points with so little time left in the game, the Clippers invariably were going to need to score multiple points per possession to catch up, and ideally knock down multiple three point shots. By intentionally fouling Evans for three straight possessions, Popovich eliminated the possibility of the Clippers making any three pointers during that stretch and put the statistical likelihood of the number of points they would produce per possession at less than one (since Evans was shooting less than 50 percent on free throws for the playoffs).

The strategy paid off as Evans went two for six from the line during this stretch, netting the Clippers only two points in three possessions and 1:06 of playing time (more than one third of the time remaining in the game). Conventional wisdom would suggest that the Spurs (up 13 with 3:14 left) would have won the game easily even without employing the Hack-A-Shaq strategy, however Popovich had good reason to worry facing the Clippers. After all, 21 days earlier (down 27 to the Memphis Grizzlies) the Clippers did this.

In a strange twist of fate, the Spurs had erased a 24 point second quarter deficit and pushed ahead by 13 with 3:14 left for a 37 point turnaround in the game. Popovich employed the Hack-A-Shaq strategy to prevent the Clippers from seizing momentum one last time and potentially stealing back a game that they had coughed up in historical fashion. One could argue that had the Memphis Grizzlies gone to the Hack-A-Shaq strategy in Game One of the first round, they could have held off the Clippers’ rally which relied on a flurry of three point field goals. Had Memphis gone to the Hack-A-Shaq in Game One, it is reasonable to assume they would have won the game and won the series. Popovich was not going to allow the Clippers an opportunity to repeat their performance against the Grizzlies and the Spurs went on to win the game comfortably by 10 points, 96-86.

While watching the last 3:14 of the game with my wife, Jennifer Hooker, we got into a debate about the merits of the Hack-A-Shaq strategy. While Reggie Evans went to the line three straight possessions and uncomfortably attempted to shoot his team back into the game, Jenn became increasingly perturbed at Popovich’s strategy. A debate ensued as I tried to defend my beloved Spurs, who in my eyes could obviously do no wrong.

Jenn’s Argument: Using the Hack-A-Shaq showed a lack of confidence in the Spurs’ defensive ability to get the stops necessary to ensure the victory. She also felt it was wrong of Popovich to repeatedly and intentionally embarrass Reggie Evans. She said that using the Hack-A-Shaq strategy to ensure the victory took away from the accomplishment of erasing a 24 point deficit and took away from her excitement as a Spurs fan for the team taking a 3-0 lead in the series. Jenn wittily compared the strategy to Senate Republicans using archaic procedural maneuvers to obstruct the Democratic agenda from passing Congress. Because I was attempting to defend Popovich’s decision to go to the Hack-A-Shaq, Jenn went on to compare me to a moderate Republican who attempts to defend the extreme policy positions of Tea Party Republicans (even though they know deep down that the Tea Party extremism is wrong). To Jenn, while the Spurs were technically following the rules, they were taking away from the spirit of the game.

My Argument: While the Hack-A-Shaq strategy is indeed somewhat of a moral conundrum, the Spurs winning the game was what was important and I would much rather employ the Hack-A-Shaq and win, than allow what happened to Memphis happen to us and lose. I suggested that she should not feel pity for Reggie Evans because he is a professional athlete and a millionaire and if he didn’t want to be embarrassed, he should have put in more time at the gym working on his free throw stroke. The Hack-A-Shaq strategy can’t work if the other team makes their free throws. While I would find the strategy more mean-spirited at the amateur level of competition, players should be prepared to deal with having their weaknesses exploited at the professional level. While I am willing to concede her political analogy comparing me to a moderate Republican, I would rather be a Republican Spurs fan with a 5th championship to celebrate than a Democratic Spurs fan dealing with playoff heartbreak for the 5th year in a row.

Greg Popovich was clearly unapologetic when asked about the Hack-A-Shaq strategy after the game. He said, “I just don’t know what else to tell you. We weren’t going to go foul Chris Paul. I’m not trying to be a wise guy, but I fouled him for a reason. It’s not pretty. Basically, it’s ugly, but it’s part of the game. My job is to try to win.” I would be interested to know where other readers of theLeftAhead come out on this debate.

Next post: Lupe Fiasco – Around My Way [Freedom Ain’t Free]