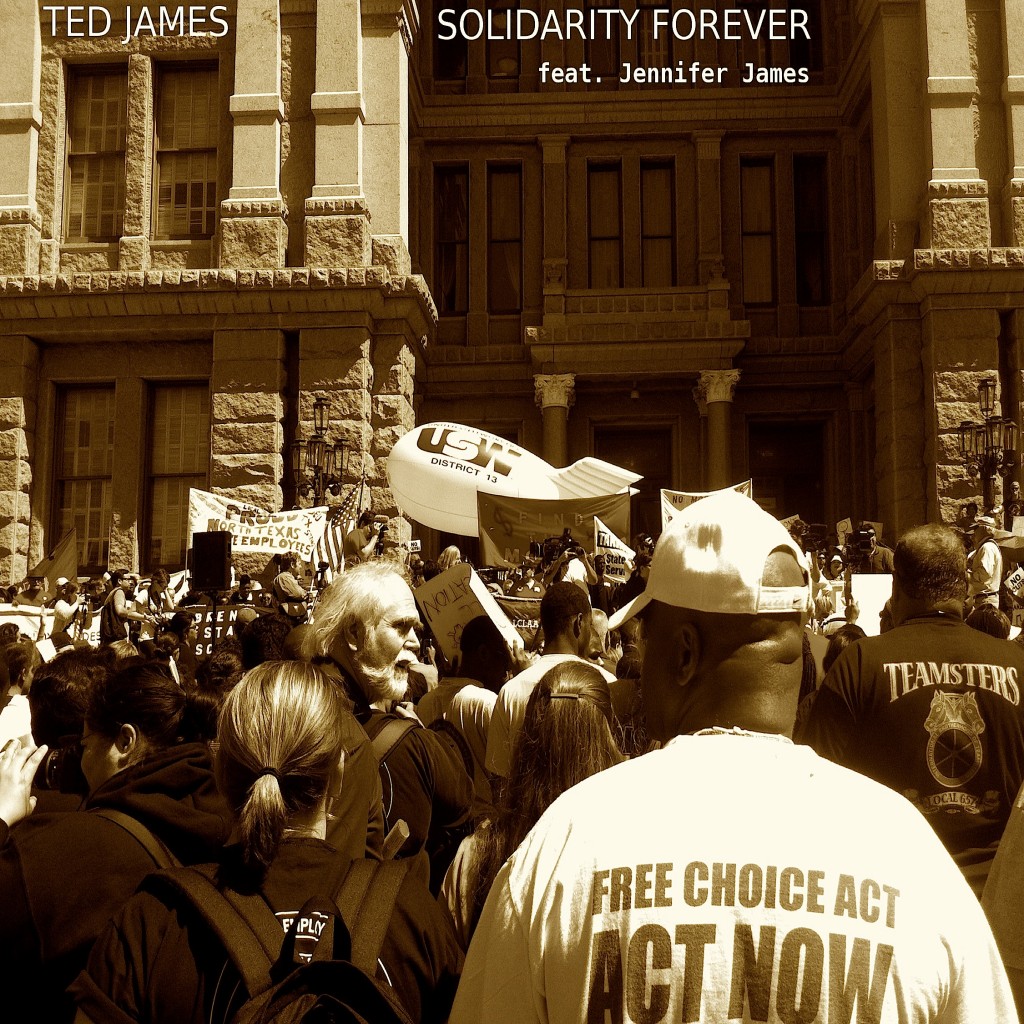 When the union’s inspiration through the workers’ blood shall run
There can be no power greater anywhere beneath the sun
Yet what force on earth is weaker than the feeble strength of one
So keep it blasting through the speaker, let it ring throughout the slum
Ain’t a thing we hold in common with these greedy parasites
Who would lash us into serfdom and would crush us with their might
We got to get it, get it popping, we got to organize and fight
Pushing back and never stopping, through the union we get right.

Yo, you know we plowed the prairies; built the cities where they trade
Dug the mines and built their websites, endless miles of highway laid
Now we’re standing here starving outside the fortresses we made
But we’re rowdy and we’re barging through the gates, we won’t behave
All the world that’s owned by Wall Street loans is ours and ours alone
We have laid the wide foundations; built it skyward stone by stone
It is ours, and not to slave in, but to master and to own
When we organize, they cave in, through the union we atone.

They have taken untold billions that they never toiled to earn
But without our minds and muscle, not a single wheel can turn
We can break their haughty power, gain our freedom when we learn
That our voices rain down showers ’til their greed ceases to burn
With our hands we built a movement greater than their hoarded gold
Greater than the might of armies, magnified a thousand-fold
Watch us as we birth the new world from the ashes of the old
Share the wealth, disperse the riches, the mighty union we are bold.