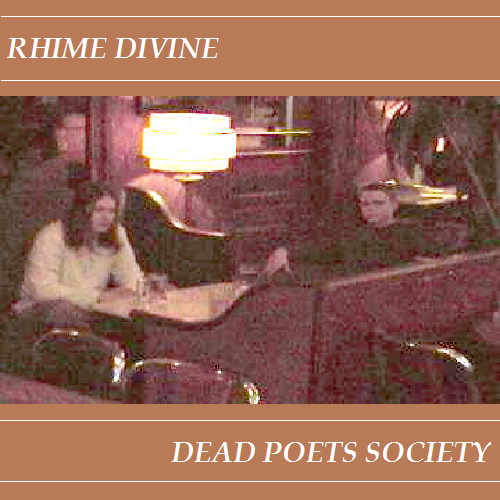 Cut to the end of time, the last mess
The last soldier taking the last bullet in the chest
Last conquest, last baby feeding off a breast
Last mass held fast in a bomb shelter caste
Last covenant sipped from the last wine glass
Last bread sliced and dipped for the last nourishment
The last governments unleash the last torment
Upon the ashes of the masses as the last plane crashes
The last missile whistles through the last sunset
The dash to extinction comes without regret
Frome the leaders screaming “Freedom”
With their own children bleeding
The last scholars reading
The last smokers breathing in the last cloud
To season in the last addiction ceasing
The last battle ushers in that last act of treason
The last bell is ringing
The last drum is beating
The last couple’s meeting for the first time
At the worst time
One dance, the last romance
The last mother’s son get her very last glance
As the great human race makes its very last stance
The last flames ignite
As the last poet writes

I can’t see, getting hard to breathe
I can’t leave this state of being, like I’m dead to society
Silly dream, with no legacy
Still I cling, remember me ’cause I live through my poetry

Fall back, these poets is on blast
You know it’s Ted James & D-Wattz with the bomb track
Print and records, broadcast, yeah…we got all that
We laying ’em all flat, it’s on fucking contract
We ready for combat, we touching you…contact
Scorching you, dawg
We pull on creek shaped boulevards when we march past
A gear and clock, it goes beyond how the song lasts
The rapture of a battle, bomb back this iconoclast
So to the first one who felt it and wrote
To the first one to rhyme it in a mic when he spoke
To the first cop who heard it and the first rapper murdered
The first crowd to loose it to an underground movement
The first poet fried for cultivating a fight
The first one to die when their armies coincide
The first one to ride without a promise of dime
The first expanded mind, to the same…Rhime Divine
The first bullet cast at the throne like a stone
The first rebel clone, got convicted alone
Did life up in the zone, called the country his home
The first woman riding for the cause on her own
The first retribution and the first troops we losing
The first cause confusion by the first institution
The First Amendment written to the first Constitution
And the first ones to use it for the second revolution
Dead poets

I can’t see, getting hard to breathe
I can’t leave this state of being, like I’m dead to society
Silly dream, with no legacy
Still I cling, remember me ’cause I live through my poetry (repeat)

Rhime Divine lick shots at the brutal charade
We packing poems in our pockets, we are not afraid
Betrayed eye sockets by the way we rock flawless
Then run up like we lawless on presidential motorcades
Behave, we ain’t aiming to shoot
We just beatnik bouncing to get some Ginsberg in the coupe
If we save one troop with the way we ride the loop
Then my death will be mute, go ahead and pull the trigger…shoot
Poof
Watch me banish into thin air
Banished from my skin
Tangent with the men who do damage with a pen
Eternally we spin through a sacred doctrine
Rebel against the system
Rev and Wind, we back at it again
Another post-modern gem, another volume for your den
They say the hearts of men make the pastures that they tend
The passages we blend grow like magic in our hymns
And so the story goes until the end of time
‘Till the very last poet writes his very last line
We’re the first to raise fists, we’ll be the last to shine
We on the members list where dead poets dine
From the very first breath to the very last time
DPS, you know the rest…this is Rhime Divine
Dead poets

I can’t see, getting hard to breathe
I can’t leave this state of being, like I’m dead to society
Silly dream, with no legacy
Still I cling, remember me ’cause I live through my poetry (repeat)