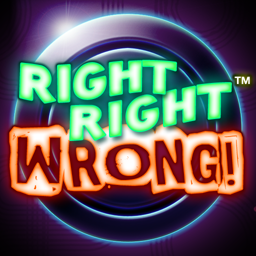 The National Anthem – Apparently, Two Right makes a wrong and it is now apparent that something is noticeably wrong with the San Antonio Spurs since I’m having TO WRITE this only three games into the 2014 NBA Playoffs. In contrast, last year, we didn’t lose our second game of the playoffs until Game 4 of our second round match-up with the Golden State Warriors. Call it a miracle, lucky prayer or call it one of the more clutch, cold-blooded daggers in recent playoff memory; either way the Dallas Mavericks have a 2-1 lead on the Spurs after Vince Carter sank a game-winning three pointer from the corner, with only 1.7 seconds with which to get the shot off, to beat San Antonio in Game 3, 109-108. I don’t remember a game that the Spurs had lost on a buzzer beater the entire 2013-14 season, so (if my memory is serving me correctly) I guess you could say that we were due. Yet this brings me no solace because that was potentially about as painful a scenario through which to lose a playoff game as someone could draw up. If the Spurs don’t regain our dominant form, and continue to struggle to get the upper hand in this series, then that shot could get added to The List (.4, Dirk’s drive, Zach Randolph, James Harden, Ray Allen) that is too terrible to be accompanied by links. But this is not the time to start to panic. I fully expect that the #BlackAndSilver will do what they are supposed to do and bounce back to regain control of this series. When that happens, then the Vince Carter three pointer will get remembered in Spurs lore as the sequel to this.

The San Antonio Spurs will regroup and will put forth an effort that will put them in a position to regain control of this series on Monday evening. But in order to ensure that that is exactly whats happens, we need to start playing like the Spurs again on offense. For the most part, barring a few lapses here and there, we have played reasonably well on defense. Once again, Dirk going bananas was not the reason that we lost Game 3. Dirk mustered only 18 points on 7-13 shooting. The reason that we are behind in this series is because we have yet to consistently move the ball on offense. We have shown glimpses of it, and the Spurs played better on offense in Game 3 than they had in the first two games in San Antonio (particularly player of the game, Tiago Splitter, who tallied an impressive 14 points and 13 rebounds), but in order to start comfortably winning these games against the Mavs (and not allow them to be in a position at the end where prayers can be answered) the Spurs need to move the basketball in Game 4 with so much precision that the Dallas defense begins to bend and then finally breaks. San Antonio, as a team, needs to put on the type of ‘assists’ clinic in Game 4 that gives Cliff Paul an orgasm. Being the most unselfish and offensively dynamic team in the NBA is who the Spurs are. It is the reason that we have the best record in the league. When we move the ball for 22 seconds, wearing the defense out in the process, and still end up getting a wide open three pointer that we proceed to bury before running back on defense so that we can get the ball back and do it again; it is demoralizing for an opponent. We can obliterate all of the Mavericks’ newly found confidence and remind them that we are the one seed for a reason with one dominant offensive performance for 48 minutes tomorrow evening. One Spur is not going to will this team to a first round victory over Dallas, much less a championship. To a man, each player needs to approach the rest of this series and the rest of the 2014 playoffs with the mentality that I am going to do my part better to play winning basketball if I do it with a little help from my friends.