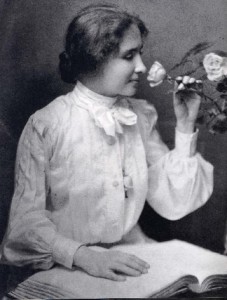 Friends S1:E2 – Greetings, loyal TLA readers. You might be surprised to see me back, as promised, for the second installment of my Friends blog series. I’m sure some of you assumed that my commitment to write 236 blog posts about the hit television series, a post for every episode on the 20th anniversary of its air date, was just some empty cockeyed declaration that I made in order to generate page views by taking advantage of the publicity surrounding the show last week. Well, in all honesty, that is exactly what it was. I had absolutely no intention of actually doing this. Then, Ted James (my editor) called me out for being a deceptive little weasel and threatened to fire me if I didn’t follow through with this commitment. He reminded me that I owe it to the five people who read last week’s post to finish what I started so here I am, back for Round Two. Only 234 more rounds to go after this. Me and my big pen. If I was going to make a commitment to write a blog post about every episode of a Mathew Perry sitcom, why couldn’t I have chosen the 13 episode run of Mr. Sunshine? At any rate, since I have no other job prospects and (if we’re still being honest) since I have nothing better to do with my time, it is my distinct privilege to be your tour guide on this magical adventure that is the second episode of the first season of Friends. Buckle up, its going to be an exhilarating ride.

One of my favorite characteristics of my good friend, the internet, is that she can serve as an exceptional procrastination tool. As I begrudgingly listened to my editor’s advice and started researching for this post, curiosity got the best of me and I started clicking on links that led to interesting information but that had nothing to do with my research. For some reason, surfing the net seemed funner to me than writing this morning. Do you ever do that? Do you ever use the internet’s talent for teaching you a series of valuable factoids as a respite from doing the work on the computer that you know you should be doing? I hope so, because then you might understand how my research for this blog post took me down a rabbit hole that landed me on Helen Keller’s Wikipedia page where I picked up some fun facts about the author. For instance, did you know that Helen Keller helped to found the American Civil Liberties Union (ACLU), was a member of the Industrial Workers of the World (IWW), and was friends with Mark Twain? I sure didn’t. But now, because of Friends (and my good friend, the internet), I have deepened my knowledge of this iconic American figure. Thanks, Friends. Thanks, internet. See kids, you don’t need school to learn things. The dynamic duo of a television sitcom and cyberspace can be the best teachers you’ll ever have so long as you pick up on a comedic reference to a public figure in the former and drop it like its hot into a search engine if the latter. But, I digress…

Recap in the Key of Phoebe – This is the one where Ross finds out that Carol is pregnant and plans to raise the baby with her lover Susan, Monica stresses over having her parents over for dinner, Rachel gives Barry (her ex-fiancé) back his ring and finds out he is dating Mindy (her Maid of Honor), Chandler discovers Ugly Naked Guy’s Thigh Master, Joey eats a ruined lasagna, Phoebe reveals that she has a twin sister, and Ross fights with Carol and Susan over deciding on a last name for the baby after criticizing the potential name of Helen Geller.

Gandalf Gaffes – In case you missed last week’s post or if you need a refresher on the meaning of a Gandalf Gaffe, the idea for this section of the blog series is to document every development in the writing of Friends (from pilot to finale) that contradicts a previously established truth. Since the pilot was our introduction to the Friends characters and universe it served as our starting point (or gospel, if you will) and was, therefore, free of sin. It didn’t take the writers long, however, to start contradicting themselves because in only the second episode of the series, we already have our first Gandalf Gaffe to document. During the pilot episode, while leaving multiple messages on her ex-fiancé Barry’s machine, Rachel says, “Hi, machine cut me off again. Anyway, look, I know that some girl is going to be incredibly lucky to become Mrs. Barry Finkel, but it isn’t me. It’s not me.” As you can see, the pilot clearly establishes that the name of Rachel’s ex-fiancé is Barry Finkel. Yet, inexplicably, this truth is contradicted in S1:E2. In this episode, while Rachel is at Barry’s office giving him back his engagement ring, a voice comes over the intercom announcing, “Dr. Farber, Jason Greenspan’s gagging.” Barry responds by saying, “be right there” and he promptly leaves the room which indicates that the character’s name has indeed been changed from pilot to episode two. Henceforth, Barry is forever known as Dr. Farber throughout the duration of the series’ run. But since we have already established that the pilot is the show’s gospel, this changing of Barry’s last name qualifies as a Gandalf Gaffe…our first of the series. While this may seem like a minor detail, and admittedly this is a level one infraction on the Gandalf Gaffe scale (measuring the severity of an infraction on a scale of one to three with three being the most severe), it is still a contradiction so we can show it no mercy. It has now officially been documented. Congratulations, Barry’s last name. You’re number one!

Gandalf Gaffe #1: Barry’s last name is changed from Finkel to Farber from Pilot to S1:E2.

Chan Man Quip of the Week – [The Setup] Near the end of the episode, the gang is at Monica’s apartment watching a tape that Ross has of the sonogram. Ross asks, “Isn’t that amazing?” A confused Joey responds by asking, “What are we supposed to be seeing here?” [The Knockout] Chandler fires back, “I dunno, but.. I think it’s about to attack the Enterprise.”