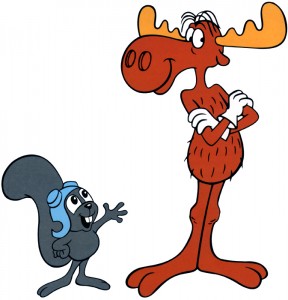 Friends S1:E5 – Well, that’s what I get for tempting fate. On only the fourth post of my illustrious blogging career, I was reprimanded by my editor, Ted James, for dancing on the line of acceptable conduct and then proceeding to cross my toe over it whilst baiting him to call me out. I’m not sure if it was the direct reference to the Bill Simmons situation or my contemptuous character assassination of Jack from fairy tale lore, but I was up in the big boss’ office getting a thorough tongue lashing less than five minutes after last week’s post went live. Luckily, I was able to talk my way out of a suspension. But sadly, I was unable to avoid punishment all together as I have been required to deactivate my Facebook account until at least October 28th (I knew I shouldn’t have friended my boss on Facebook). On a side note, it may seem like a good idea to post drunken selfies of yourself with a giraffe at the zoo on FB (I mean it takes 20 minutes to get up to the perfect height in the tree and frame the shot), but, let me be the first to tell you, if you take and subsequently post the photo during work hours…it’s absolutely, unequivocally not a good idea. The good news is I might be allowed to reactivate my Facebook account early for good behavior if I can generate a positive response from the audience for this week’s post. So come on, good people of the internet…help me make this post go viral! I have a serious Facebook addiction and I really, really need to get back on. After all, my birthday is later this week and my self-esteem could use the positive reinforcement of having a whole bunch of people that I haven’t talked to since high school post “happy birthday” on my wall.

At first, I wanted to fight the injustice of what I thought at the time was a punitive punishment for a victimless crime. From my point of view, I thought I was just doing my job (that giraffe had an important role to play in my content research). Also, doesn’t theLeftAhead employ me because of my talent for self-expression and speaking my mind? The way I saw it, Jack from Jack and the Beanstalk could stand to get taken down a peg or two. Furthermore, I’m doing ALL of the heavy lifting on this here blog. Week after week, I’m put under enormous pressure to be provocative and entertaining. I’m also given hard deadlines to meet while Ted James can just come and go as he pleases. I mean, he posts one poem that probably took him five minutes to write and all of a sudden he is everyone’s favorite contributor again? To makes things worse, he knows that aside from being the boss, he’s also the star writer and he’s arrogant around the office about it too. It’s just so unfair. Prior to posting his little poem yesterday, he hadn’t written anything since July and the icing on the cake is that he never even bothered to finish that piece. That was three months ago! I wish the rest of us were allowed to just post our work whenever we feel like it, whether we have completed it or not. By the way, if you are worried that I’m going to get in more trouble this week for blatant insubordination…don’t be. Ted James is currently in the recording studio working on his precious solo album so there is absolutely no chance that he is going to read this. Someone will just feed him a memo with the analytics behind how much traffic this posts generates and that will be how he determines whether or not to allow me to reactivate my Facebook account early for good behavior. So I thought, since Bill Simmons suspension garnered him incredible public good will and a viral hashtag for an eerily similar injustice to the one that I perceived myself to be experiencing, I spent the better part of the past week attempting to get #FreeAdams trending on Twitter. The problem with my plan was, as you will recognize if you click on the above link, there are a half dozen other “Free Adams” campaigns already active and I alone could not generate enough viral buzz to drown any of the rest of them out. It was only then I realized that one man alone, even one as social media savvy as me, cannot defeat The Man. It takes power in numbers. So while this experience has humbled me slightly and I am now able to acknowledge that my behavior was abhorrent and I kind of deserved the punishment that I received, I will never retreat from the principle that a well organized group of ordinary people can change the world. Therefore, no matter whether I deserved it or not, as long as I am not allowed to activate my Facebook account, I am enlisting your help in the noble cause of getting my hashtag trending on Twitter and making this post go viral to show my editor that we’re here, we’re mad as hell, and we’re not going to take it anymore. So please enjoy the following Friends episode recap and help me generate enough social media buzz to reactivate my account early so that when my sweet, aged grandmother goes to wish me a happy birthday on Facebook on Friday, you don’t force her to get behind the wheel of a car she shouldn’t still be driving and go over to Hallmark to send me a greeting card instead. #FreeAdams

Recap in the Key of Phoebe – This is the one where Phoebe and Chandler both tire of the people they are dating at the same time and decide to execute a mutual break up in which Phoebe breaks up with Tony while Chandler breaks up with Janice, Joey tries to rekindle an old flame with his ex-girlfriend (Angela) by convincing Monica to go on a double date where she thinks she is on a date with the current boyfriend of Joey’s ex (Bob) but Angela and Bob think Monica is on a date with Joey, Ross pretends he needs to do laundry at a laundromat in order to spend time with Rachel, and Janice gives Bullwinkle socks to Chandler that go with his Rocky socks so he will have the ability to mix and match, “moose and squirrel.”

Gandalf Gaffes – In S1:E4, Rachel is sitting talking with her old friends from Long Island at Central Perk and while filling them in on her new life, she tells them that “I even do my own laundry.” However, in S1:E5, Rachel contradicts that she has already been doing her own laundry since moving in with Monica when she goes to a laundromat with Ross and he asks her if it is her first time doing her own laundry. Rachel reveals, “Well, not myself, but I know other people that have. Ok, you caught me. I’m a laundry virgin.” This is another level one infraction on the Gandalf Gaffe scale, but an infraction none the less.

Gandalf Gaffe #2: In S1:E5, Rachel contradicts the point in time that she started doing her own laundry from what was established in S1:E4.

Chan Man Quip of the Week – [The Setup] Phoebe and Chandler are at Central Perk waiting for their significant others to arrive so that they can break up with them. Chandler is clearly anxious about the impending confrontation but Phoebe remarks, “This is nice. We never do anything just the two of us.” [The Knockout] Chandler, observing the misery of the situation responds, “It’s great. Maybe tomorrow we can rent a car and run over some puppies.”

Featured Image Source: Based On Nothing

Subscribe to this author's posts feed via RSS
In category: Friends 20/20, Pop Culture
Tags:Friends , The Rocky and Bullwinkle Show