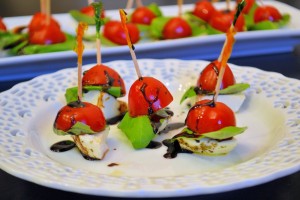 Friends S1:E15 – President George Washington once said, “Happiness and moral duty are in separably connected.” With that in mind, I want to wish you a dutifully moral Presidents Day. How’s it going, gang? I hope you had a stellar week and a spectacular Valentine’s Day weekend. Mine were quite lovely (thanks for asking) but I cannot tell a lie: with the massive amount of snow dropping from the sky here in Denver, I’ve had a hard time getting into high gear this Monday morning. It didn’t help that I was up way too late last night because (after watching the NBA All-Star Game) it was well after midnight when I finished getting through my recording of the three and a half hour SNL 40th Anniversary Special. (Speaking of the SNL special, I’d be remiss if I didn’t say #RIPJonLovitz who, coincidentally, played Steve the Stoner Guy in this week’s episode.) Nevertheless, (despite my sluggish start to the day) I’ve now had my coffee and I’m ready to get down to business. In this week’s episode, we find Chandler Bing at a crossroads. When his boss offers him a promotion to Processing Supervisor, he decides to quit his job because he knows he does not want to make his career in a field that he doesn’t particularly enjoy. His boss, however, continues to up the ante on the financial incentives tied to the new position in an effort to keep him. Chandler finally relents and (against his better judgement) accepts the promotion. Little does Chandler know at the time, but this decision seals his fate to continue at his “temp” job for the next nine years.

While conducting my research for this episode, I thought that I had finally spotted our long overdue fourth Gandalf Gaffe. I know it seems that Gandalf Gaffes are a rarity since we haven’t had one in several weeks but this trend will prove to be an anomaly and not the norm. Season One is inherently a Gandalf Gaffe desert because there are so few established truths to contradict this early in the series. Trust me, the “gaffeage” rate will increase dramatically once we get passed the first season. The potential Gandalf Gaffe in question this week was triggered when Monica (in reference to Chandler’s job) states, “You’ve been there for five years.” While re-watching this scene over the weekend, I thought to myself “ah-ha” because it seemed as if Chandler was too young in Season One to have been at the same job for five years. This prompted me to do some digging and attempt to establish the character’s ages at the beginning of the series. The earliest reference I could pinpoint (on short notice and admittedly without due diligence) was in S1:E22 (or May 4, 1995 in chronological time). Monica states in this episode that she is 26 years old. We know that Chandler is the same age as Ross and that Ross is a year older than Monica therefore, Chandler is either 26 or 27 during this week’s episode. Thus, it is plausible that he could have been at his job for five years if he started there at age 21 or 22 (presumably immediately after graduating college). So, despite my initial excitement, I could not rule Monica’s statement as a Gandalf Gaffe. On a related note, the establishment of the character’s ages does have me questioning the plausibility of Ross Geller earning his Ph.D. before the beginning of the series when he was presumably 26 or 27 years old. But, I suppose we can explore that another time. Until next week, kiddos. Stay safe and keep warm.

Recap in the Key of Phoebe – This is the one where Phoebe sets up a cooking demonstration for Monica to give to one of her massage clients who is opening up a restaurant and needs a head chef, Rachel’s feelings are hurt when Monica doesn’t ask her to waitress during the cooking demonstration so Rachel blackmails her into paying a hefty hourly rate when Monica ends up needing her help after all, Chandler repeatedly tries to quit his job when he is offered a promotion to Processing Supervisor, Joey teaches Ross how to step up his “dirty talk” skills, and Monica ends her interview when Steve (Phoebe’s massage client) gets the munchies after eating his amuse-bouche.

Chan Man Quip of the Week – [The Setup] Monica and Rachel are at their apartment with Phoebe and are trying to cheer Chandler up after his career aptitude test revealed that he was ideally suited for a career in data processing. Monica brings him a plate of food she is preparing for her cooking demonstration and offers him a small sampling, “Here you go, maybe this’ll cheer you up.” Noticing how tiny the portion is, Chandler responds, “Ooh, you know, I had a grape about five hours ago, so I’d better split this with you.” Monica points out, “It’s supposed to be that small. It’s a pre-appetizer. The French call it an amuse-bouche.” [The Knockout] Chandler, tastes it and declares sarcastically, “Well, it is amuse-ing.”