The Heating and Cooling Milieu 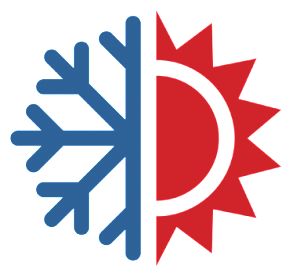 Friends S1:E19 – Hey there, everyone. How are you this fine Monday afternoon? I’m a little more chipper than usual today because once I finish this Friends post, I’ll be heading off on vacation for the better part of the next month. Where am I going? Well, that’s classified. But I can tell you where I’m not going and that is South by Southwest in Austin, TX. And since that festival (which was once a grassroots diamond in the rough) has now turned into a corporate monstrosity that lures everybody even remotely connected with the entertainment industry to the Lone Star State every March to shill their souls, as a native Texan (who hates watching my beloved Austin reach new depths every year in its willingness to sell-out) and as writer (who remembers that true artists forge their own path and never follow the herd), I’ll be staying as far away from that freak show as possible. So yes, while the entire entertainment industry is in Texas, I’m looking forward to having my run of the other forty nine states during my vacation. But I digress. We still have unfinished business to take care of today before I can pack my bags and disappear. I’m excited to report, however, that our unfinished business just so happens to be monkey business. Now, usually I get in a tremendous amount of trouble with my editor when I start dabbling around in so-called “monkey business,” but luckily I’ll be getting a free pass today since malfeasance and tomfoolery is relevant to the content of the Friends episode we happen to be discussing.

Indeed, today we are examining the episode where Marcel gets away. My research for this episode took me on an interesting internet deep dive looking into the monkey who played Marcel. Did you know that Marcel is actually a female white-throated capuchin named Katie? Did you further know that capuchins can live up to 45 years in captivity? Well, “if you don’t know, now you know.” Katie was born in 1993 which made her a child star during her tenure on Friends. I was pleased to discover through my research that twenty years after Mr. Heckles put Marcel in a dress and called him Patti, Katie is still putting in work in Hollywood. She recently appeared in a photo shoot for Allure Magazine alongside Kendall Jenner. Good for you, Katie. Keep getting dem checks. Please, just do me a favor and don’t show up in Austin next week at South By to sell Hennessy with Nas. Also, please don’t call it South By…that is so pretentious. Returning to Katie’s early classic work playing Marcel, we find her character in this episode playing an important role in the development of the Ross and Rachel storyline. Marcel’s disappearance rolls perfectly into the dominant recurring theme of Season One. Marcel splitting (like and for a banana) from Monica and Rachel’s apartment stands as the latest in a long line of incidents that get in the way of Ross’ desire to ask Rachel out on a date. As per usual, Ross has concocted an elaborate plan to “woo” Rachel (as the kids are saying these days) which is foiled by circumstances outside of his control. While Marcel is returned safely to Ross in the end, dealing with all of that monkey business delays Ross from putting his “wooing” plan into motion so that by the time he gets around to asking Rachel out, he is preempted by Barry who bursts in to tell Rachel that marrying Mindy is a mistake because he is still in love with her. Whether it’s cats, Italian guys, or ex-fiancés, Ross just hasn’t been able to catch a break yet this season. Speaking of a break, sorry gang but I’m itching to embark on mine. I’ve sincerely enjoyed our time together so far in 2015, but your boy, Kenny Adams is ready to disappear for the rest of March and forge my own path…not in Texas. So if you also get one, have a transformational Spring Break. If you don’t, “I’ll be there for you” in spirit. See you pals in April.

Recap in the Key of Phoebe – This is the one where Rachel (who is distracted dealing with the news that Barry [her ex-fiancé] is engaged to Mindy [her former maid-of-honor] accidentally lets Marcel run away while looking after him for Ross, Joey and Chandler blow a chance to pick up “hot girls” while they are searching for Marcel, Monica is forced to reflect on her difficult high school years after standing behind Mr. Heckles’ carnival mirror, Phoebe is shot with a tranquiler dart by Animal Control, and Barry shows up to tell Rachel he is still in love with her right before Ross is about to ask her out throwing Ross and Rachel back into the heating and cooling milieu.

Chan Man Quip of the Week – [The Setup] The guys are eating lunch at a pizzeria and discussing Ross’ latest plans to work up the courage to ask out Rachel. Ross is explaining his plan to meet up with Rachel at her apartment to pick up Marcel. He suggests, “Well, I think it’s perfect. Y’know, it’s just gonna be the two of us, she spent all day taking care of my monkey…” Chandler interjects “I can’t remember the last time I got a girl to take care of my monkey.” Undeterred, Ross continues, “Anyway, I figured after work I’d go pick up a bottle of wine, go over there and, uh, try to woo her.” [The Knockout] Chandler, laying on the condescension as thick as he can, suggests, “Hey, y’know what you should do? You should take her back to the 1890’s, when that phrase was last used.”

Previous post: President Obama Speaks at the 50th Anniversary of the Selma Marches