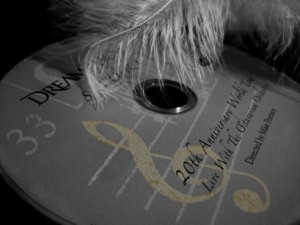 Friends S1:E22 – Greetings to all of you fine ladies and gents out there throughout the Friendsosphere on this gloomy Monday afternoon. As you might have already imagined, the offices here at theLeftAhead are rather quiet today after the San Antonio Spurs lost a heartbreaking Game 7 111-109 to the Los Angeles Clippers on Saturday night to bow out in the first playoff series of their title defense. In fact, I’m the only person here at work today. Ted James, our editor-in-chief and resident Spurs blogger, has not been heard from since Saturday night. This, in and of itself, is not highly unusual. He regularly disappears from the offices for days at a time without checking in and no one around here ever seems to mind (since every first and fifteenth our pay checks are always on time) but I imagine that this Spurs defeat is especially difficult for him since he is the biggest fan of the team that I have ever met in my entire life. I’m checking the site as we speak and he still hasn’t posted Four Back (which invariably will be his last post in the Black & Silver series for the season) but I’m sure he will get around to posting that in the next few days. As a Spurs fan myself, I can say that watching Chris Paul hit the shot with one second left on the clock to win Game 7 on Saturday night was a hard pill to swallow but I’ll also say that the Spurs played valiantly on the road in a hostile environment and should be extremely proud of what they’ve accomplished over the past two seasons. I have no doubt that they’ll be right back in the thick of things next year. But I digress, you didn’t click on this post to read about the San Antonio Spurs…you’re hear for some good old recapping of an episode of television that originally aired 20 years ago. My apologies for the off-topic opening paragraph, I just figured some of you may be interested in the goings on (or lack there of) here in theLeftAhead offices today.

So this episode was a little weird, huh? The writers certainly decided to pick this as the time to start testing the boundaries a little bit of what was acceptable sexual subject matter for mid-nineties primetime American television. You’ve got Monica inadvertently committing statutory rape with an “awe shucks” all-american man child and you’ve also got multiple dialogues about Rachel’s dream orgies. Throw in Ross’ telephone conversations returning pages to strangers who had intended to reach 55-JUMBO, and you’ve got quite a risqué half an hour of television for a pre-Lewinsky scandal Clinton Administration audience. By today’s standards (of course) this episode doesn’t move the proverbial “controversy needle” even one iota but back in those days…quite a bold script. Of course, it was easier for Friends writers to take risks while they were sharing a network and a Thursday night lineup with Larry David and Jerry Seinfeld (who were taking bolder risks on a weekly basis). Nevertheless, this episode displayed a noticeable shift outwards towards the boundaries of acceptable subject matter for our beloved sitcom. This episode also (by way of Chandler’s subordinates doing impersonations of him) kicks off a ten year run of other characters on the show making jokes of impersonating Chandler’s conversation style and mannerisms, which is one of the better reoccurring gags of the series. Could that bit be any funnier? Finally, Ross receives a page near the end of the episode that will change his life forever. Our week concludes with the gang getting ready to leave for the hospital after Ross finds out that Carol is in labor and he is about to become a father. Of course, this happens right after Ross has stumbled upon Rachel napping and discovered that he has dream scored with her. Once again, a reoccurring theme for Season One rears its ugly head…every time Ross is on the verge of making things happen with Rachel, something always comes up. So that’s that. When we return next week (same friendly time, same friendly channel) we’ll finally be meeting Ross’ son. Until then, if you see Ted James wandering around near the edge of a cliff somewhere, tell him that this too shall pass and to remember that despite this year’s painful exit…the fact remains that the San Antonio Spurs have still won five out of the last sixteen NBA championships and no one can ever take that away from us. Go sports.

Recap in the Key of Phoebe – This is the one where Rachel starts has a dream that she hooks up with Chandler and then later has a dream where she hooks up with both Chandler and Joey, Monica dates Ethan (who she believes to be a college senior but later finds out is a high school senior), Chandler allows Phoebe to fill in as his secretary for a couple of weeks and learns from her that is subordinates at work no longer like him since he was promoted to be their boss, and Ross is disillusioned by the idea of Rachel having sex dreams about Chandler and Joey but later discovers that he also has had a dream score with Rachel while she is napping on the couch right before he finds out that Carol is going into labor with his son.

Chan Man Quip of the Week – [The Setup] The gang is at Central Perk discussing the dream Rachel had in which she and Chandler hooked up. Ross, noticeably disturbed by the thought of the girl that he has a crush on dreaming about sex with his best friends, asks Rachel, “Why, why, why would you dream that?” Before she can respond, Chandler interjects, “More importantly, was I any good?” Responding to Chandler instead of Ross, Rachel informs, “Well, you were pretty damn good.” In typical self-depricating fashion, Chandler remarks, “Interesting, cause in my dreams, I’m allways surprisingly inadequate.” Reassuringly, Rachel continues, “Well, last night you seemed to know your way around the table.” Visibly flabbergasted, Ross interjects, ” I love it, when we share.” He thens gets up from the couches and walks over to the coffee shop counter. Chandler follows him over and asks, “You okay there?” Ross answers, “I can’t believe you two had sex in her dream.” [The Knockout] Chandler responds sarcastically, ” I’m sorry, it was a one-time thing. I was very drunk and it was somebody else’s subconscious.”