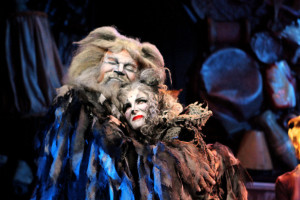 Friends S2:E7 – Hey there, fellow humans. I hope this fine Monday evening finds you well. We have quite the Friends milestone to discuss this week. That’s right, you guessed it. Our long national nightmare is finally over. You can go ahead and mark it on the official score card. Ross and Rachel have finally kissed! Can you believe it? It only took 31 episodes (including one painfully long summer break) for our trusted show runners and writing staff to give the people what they want. Sure, we got the tease of a Ross and Rachel kiss as part of Rachel’s day dream sequence in the Season One finale…but we already established that that doesn’t really count. In today’s episode, however, we’ve finally been treated to the real thing. I can still remember the buzz that this moment created at my school’s cafeteria 20 years ago tomorrow (the day after the episode originally aired). It was all anyone wanted to talk about. Can you imagine the reaction had social media existed when this episode originally aired? I’m pretty sure that Ross and Rachel’s first kiss would have broken the internet. Since instead, it occurred during the time that I was coming of age…let’s just say that it most certainly broke the water cooler. And that, boys and girls, is what us Gen Xers call an iconic moment in Pop Culture history.

It’s hard to believe that we have now been living in a world for 20 years in which Ross and Rachel have kissed. This was certainly an amazing moment for the show. I must say, however, as exciting and satisfying as The Kiss was, technically speaking…it does not help Ross Geller’s street cred for being a nice guy. Keep in mind that when Ross and Rachel first kiss at Central Perk, he is 100 percent, unequivocally in a committed relationship with Julie. So I would be remiss to not point out that kissing Rachel while he’s dating Julie is kind of a douche move on Ross’s part. Especially since based on everything we know about Julie, she is a very nice person who certainly does not deserve this type of treatment. I’m sure if there were a sitcom based on the interaction of Julie and her friends, Ross would come across a lot differently than he does on our beloved show. I can see it now…Julie and her friends sitting around their favorite coffee shop talking about the jerk she’s dating who didn’t think twice about making out with some girl he had a crush on since high school. We will come to learn later in the series that this will not stand to be the only time that Ross exercises poor judgement in this department. But for now (every time that I watch this scene), sure part of me is overjoyed to see Ross and Rachel finally kissing but another part of me always feels bad for poor Saint Julie, the sweet paleontologist who allows herself to get chewed up and spit out by a fellow paleontologist and alumnus of her graduate school. Indeed, Ross would play the role of a short-lived villain on a sitcom made about Julie and her friends.

Before we go, we have one housekeeping matter to discuss regarding today’s blog post. “Two Cats” (the title of today’s post) is taken from a scene that does not appear in the syndicated version of the episode (the version you can watch on Netflix, for example), but rather from a scene that appears only in the DVD Box Set extended version of the episode. If you recall, we established early last season that our bible for establishing the sandbox that Friends 20/20 gets to play in is the DVD Box Set extended episodes. These extra scenes that were included in the DVDs often harbor important information that can help with cataloguing our Gandalf Gaffes as well as often expanding and enriching the storylines of the episodes. In today’s episode, the DVD extended version includes a scene that shows Ross and Julie at an animal shelter trying to pick out the cat that they are going to own together. When Ross is having a hard time deciding which cat to choose (this is brilliantly juxtaposed with the inner turmoil he is feeling about choosing who he wants to date between Julie and Rachel), Julie proposes that they should get two cats. Ross responds to the possibility of having two cats (continuing the analogy of choosing between the two women) by saying, “I can’t have two cats. Joey is the type of guy who can have two cats.” Not only is this scene include a hilarious dig at Joey, but to me it seems very valuable in establishing the struggle Ross is going through in trying to figure out who he wants to be with. It’s a shame that this scene was cut from the syndicated version, but luckily for us…it is fair game to cover it for our purposes. I just wanted to mention where the reference in the title of today’s post comes from to clarify for anyone who may have been confused because they are following along with the syndicated version of the show. With that said, it’s on to another recap. Have an excellent week and finally…I want to wish and early Happy Veterans Day on Wednesday to all of the veterans out there. Thank you for your service.

Recap in the Key of Phoebe – This is the one where (after finding out that Ross and Julie are planning to get a cat together) Rachel seeks closure on her Ross crush during a date that Monica setup for her, Monica starts working out with Chandler to help him loose weight, Ross discovers that Rachel likes him after receiving a drunken message from her, Phoebe seeks advice from Joey when a guy she is dating won’t put out, and Ross and Rachel FINALLY kiss after Ross informs her that him and Julie (after narrowing it down) landed on not getting either of the two cats.

Chan Man Quip of the Week – [The Setup] Monica and Chandler are working out in Chandler and Joey’s apartment. Monica is spotting Chandler as he does sit-ups. Noticing that Chandler is looking extremely exhausted, Monica pleads, “C’mon give me five more. Five more.” Looking spent, Chandler responds in utter disdain, “No.” Monica, deciding to inspire a little extra motivation, counters with, “Five more and I’ll flash you.” Chandler, with renewed vigor, starts counting them out as he attempts to meet the request, “One, two.” Noticing that he is not going to make it all the way up on the third one, he counts out, “Two and a half.” [The Knockout] After falling back to the floor completely spent, Chandler makes a very logical request, “Okay, just show me one of them.”