Get the Monkey Off Your Back 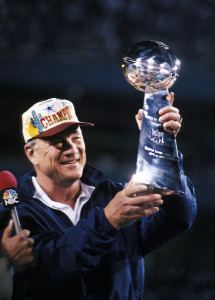 Friends S2:E12 & Friends S2:E13 – Hi there, girls and boys. Welcome to a special Thursday edition of Friends 20/20. You’re probably thinking that it’s rather unusual to be hearing from me on a day of the week other than Monday. After all, Friends episodes originally aired on NBC on Thursdays which means that 20 years later (after a few leap years), the day of the week that coincides with the 20th anniversary of each episode’s airing is Monday. However, the reason that we are currently convening on a Thursday is because today’s double episode originally aired on Sunday, January 28th, 1996 immediately following Super Bowl XXX. Considering that 94.08 people watched Super Bowl XXX, it was a big deal that Friends got the nod from NBC and our juggernaut of a favorite sitcom did not disappoint, earning a 29.5 Nielsen rating while batting clean up. In fact (with 52.9 million viewers), “The One After the Super Bowl” would go on to outlast “The Last One” (52.5 million viewers) for the distinction of being the most-watched Friends broadcast of all-time. Speaking of the Super Bowl, let me begin today by congratulating the two teams that will be participating in Super Bowl 50 on February 7th. Big ups to both the Denver Broncos and the Carolina Panthers for winning their respective conferences and earning a spot in the biggest sporting event and television spectacle in the history of civilization. Awe, the Super Bowl. An adrenaline rush of pure drama that allows players and coaches of America’s favorite sport the opportunity at immortality. With the entire country watching, two teams battle for sixty minutes to earn the right to have their names added to the annals of history. Win and you’re a legend. Lose and you’re forced to crawl back into a sea of anonymity and obscurity. This is what makes the Super Bowl so great. It is the ultimate place to get the proverbial monkey off your back.

In fact, twenty years ago today (hours before the original airing of today’s double Friends episode), a monkey was squarely on the back of Barry Switzer (head coach of the Dallas Cowboys). Coach Switzer had replaced Jimmy Johnson at the helm of the legendary football franchise after Johnson had won back-to-back Super Bowls in 1993 and 1994. When Switzer made some coaching blunders to come up short against the San Francisco 49ers in the 1995 NFC Championship game during his first year as head coach of the Cowboys, many fans believed that he was inferior to Jimmy Johnson and assumed that he couldn’t win the big games like his predecessor had. However, the monkey of Jimmy Johnson’s success was lifted off of Barry Switzer’s back when the Cowboys defeated the Pittsburg Steelers 27-17 in Super Bowl XXX. America watched Barry Switzer lift a trophy before settling in to watch our favorite television sitcom take the main stage. Ironically, Steve Young (the quarterback of the aforementioned San Francisco 49ers) had lifted a monkey off his own back during the previous year’s Super Bowl. Young had replaced the legendary Joe Montana as quarterback of the 49ers in 1991. Prior to Young assuming the role of starting quarterback, Montana had led the 49ers to four Super Bowl victories between 1982 and 1990. When Young failed to lead San Francisco to the promised land in his first three seasons quarterbacking the team, it was largely assumed that he was incapable of filling Montana’s shoes. Therefore, when Young was able to lead his 49ers to the big game in his fourth season at the helm and defeat the San Diego Chargers 49-26 in Super Bowl XXIX, he demonstrated quite literally that he had gotten the monkey off his back.

How does all of this tie in to today’s star-studded episode of Friends? Well, first, we have the connection of this episode originally airing after the Super Bowl. Secondly, one of the main story lines finds Ross attempting to reconnect with his former pet monkey, Marcel. Ross’ journey to track down Marcel takes him to the San Diego Zoo where he discovers that, not only is Marcel now working in the entertainment industry, but ironically he is also the monkey from the Can’t Get the Monkey Off Your Back commercial that he and the gang had been seeing on television. On top of that, Ross would come to learn that Marcel just happened to be filming a movie in New York while he was attempting to track him down in San Diego. After returning from California, Ross brings the gang with him to the movie set to see Marcel and we are introduced to Jean-Claude Van Damme (starring in the movie and playing himself) and Julia Roberts (playing a makeup artist on the movie set). We also get celebrity cameos in this episode from Chris Isaak (playing Phoebe’s love interest of the week) and Brooke Shields (playing Joey’s stalker). With a 44 minutes of air time canvas to paint upon, the Friends writers did a spectacular job of interweaving our regular cast and all of the celebrity guest actors into an exciting and fun plot while also ensuring that hilarity would ultimately win the day. If anyone was still doubting the staying power of Friends halfway into Season 2, Marta Kauffman, David Crane, and the rest of the show’s producers and writers silenced those remaining critics with the success of this episode and got the monkey off their backs that Friends was a mega hit show that was here to stay. With that context for the enormity of this episode established, on to the recap. Remember, next Monday is only four short days away. See you soon.

Recap in the Key of Phoebe – These are the ones where Ross attempts to reconnect with Marcel during a California business trip, Joey deals with issues that arise from dating an attractive woman who just so happens to also be a stalker, Chandler reconnects with a childhood classmate who seduces him in order to seek revenge for being teased by him as a child, Phoebe dates a guy who runs an after-school program for kids, Monica and Rachel fight over the affection of Jean-Claude Van Damme, and Ross finally gets the monkey off of his back by reconnecting with Marcel on a movie set in New York.

Chan Man Quip of the Week – [The Setup] Chandler and Joey are in the kitchen of their apartment trying to figure out what to do for dinner when their buzzer rings. Chandler answers, “Hello?” The voice on the intercom responds, “It’s Erica.” Realizing who it is, a shocked Joey reports to Chandler, “Ah, the stalker.” Before Joey and Chandler can respond over the intercom, however, Erica tells them, “Never mind, it’s open.” Realizing that she is on her way up, Joey panics and grabs a frying pan for protection. [The Knockout] Observing how ridiculous Joey looks, Chandler tells him, “Yes, hitting her with a frying pan’s a good idea. We might wanna have a backup plan, though, just in case she isn’t a cartoon.”