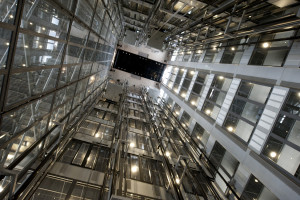 Friends S2:E18 – Jumpman, Jumpman, Jumpman, them boys up to something. They just spent like two or three weeks out the country. Them boys up to something, they just not just bluffing. We’ve been Spring Break chilling and hard to find, like woo. But now we’ve reemerged back on that Friends grind, like woo. And our squad just hit that Ginobilii on the Warriors hype, like woo. Ha, ha, yes! It feels so good to be back in the mix. How is everyone? You good, my Friendsters? If you all enjoyed our time apart one tenth as much as I did, then you’re definitely good. I’ve just returned from an undisclosed tropical location, having just spent some much needed beach time with some fellow theLeftAhead contributors (who shall remain nameless) plotting top secret future plans for the site. It was a spectacular trip but now that I’m relaxed and refreshed, I’m glad to be getting back to the work at hand. So let’s get back in the swing of things, shall we? When last we left our compadres, Joey was trying to come to terms with the fact that Chandler had moved on to a new roommate. This week we discover that maybe Chandler actually rushed into rebounding with Eddie a little too quickly. That’s right, kiddos. Eddie, our new friend of a Friend, is grade a Looney Toon. When you have a roommate that thinks a Goldfish cracker is a pet and steals the soles of your shoes, it’s safe to say that one flew over his cuckoo nest. By the end of today’s episode, not only is Chandler “terrified to his very soul” of his new roommate, but I think that we can reasonably assume that he won’t be looking to meet people in the ethnic food section of his local grocery store anymore.

While Chandler deals with his psychotic roommate, Monica and Rachel also find themselves in a pickle this week across the hall. After Phoebe “accidentally” reports to Richard at Central Perk that Monica has had a lot of sexual partners, not only do she and Richard need to have a discussion about her magic number, but it also prompts Ross and Rachel to have a discussion about Rachel’s magic number. Both discussions momentarily turn heated but then get resolved with both couples getting all hot and bothered and ready for some action. Monica and Richard tell each other “I love you” for the first time leading them to want to be intimate while Ross is determined to demonstrate to Rachel that he is capable of satisfying her desire for “animal sex.” Both Rachel and Monica rush out to the bathroom to get a condom before continuing their respective sexual encounters only to discover that there is only one condom left. While they ultimately settle on a game of Rock-paper-scissors as a way to decide who gets the last condom, I really think Rachel should have just bowed out and given the condom to Monica in this situation. Since Richard and Monica had just told each other “I love you” for the first time, Rachel should have had the thoughtfulness to realize that that was a big moment for them and allowed them to be the ones to have the condom. That was clearly a bigger deal than Ross proving to Rachel he could compete sexually with Paulo. Also, last time I checked, our Friends live in New York City. There are bodegas on every corner that are open 24 hours a day. Are you telling me that neither couple was capable of sending someone down the stairs to the street to buy a new box of condoms? I mean, really, Richard and Ross? Are the two of you so lazy? I’m tempted to flag this storyline with a Gandalf Gaffe because the idea of a red-blooded American male forgoing sex rather than walking the 500 feet down to a bodega outside the building is unrealistic, it’s almost downright completely not believable. Anyway, that’s my two cents on the matter. On that note, let’s head on to the recap. It definitely feels good to be back in the swing of things. I’m looking forward to the Season Two stretch run. Catch you on the flip.

Recap in the Key of Phoebe – This is the one where Monica and Rachel are forced to tell their boyfriends (Richard and Ross, respectively) how many sexual partners they’ve had after Phoebe tells Richard that he’s her favorite of all of Monica’s MANY boyfriends, Chandler discovers that his new roommate Eddie is a psychopath, Joey’s character (Drake Ramoray) gets killed off of Days of Our Lives after Joey tells Soap Opera Digest that he writes his own lines for the show, and Monica and Rachel decide who gets to have a night of romance with their boyfriend (i.e. who gets the last condom in the box) through a game of Rock-paper-scissors.

Chan Man Quip of the Week – [The Setup] The gang sans Joey is hanging out at Monica and Rachel’s apartment. Chandler is explaining to the group how much his new roommate is creeping him out. He reports, “So, when I woke up this morning, he’d stolen all the insoles out of my shoes.” Monica asks, “Why?” Chandler nervously responds, “Because he thinks I slept with his ex-girlfriend and killed his fish.” Continuing the line of questioning, Phoebe asks, “Why would you kill his fish?” [The Knockout] With all of the glory of a Norman Bates or Patrick Bateman, Chandler answers, “Because sometimes, Phoebe, after you sleep with someone, you have to kill the fish.”