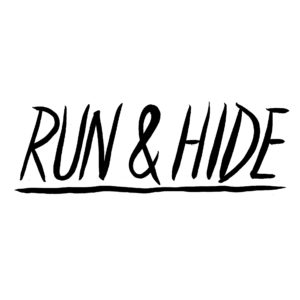 Friends S3:E11 – Hey there, Friendsters! Happy New Year! I hope everybody out there had a magical holiday season and is off to a fantastic start with keeping your new year’s resolutions in tact as we start the second week of 2017. Nine days in and I’m still pitching a perfect game with all of my personal resolutions. Thanks for asking. Professionally, we’re off to a little bit of a bumpy start to the second week of 2017 here at theLeftAhead (and no I’m not talking about the fact that Donald Trump is getting inaugurated in eleven days). Clearly, for a progressive blog, the combination of the words Donald Trump and inauguration is the epitome of a bumpy start to the year but what I’m specifically referring to in this case is a minor technology crises that we’ve been dealing with all day here in the office. This technological breakdown has resulted in me writing this post with mad fury and gusto this afternoon as I attempt to try and finish before kickoff of the Alabama vs. Clemson college football championship game tonight. What is the nature of the technology crises we’ve been dealing with all day, you ask? Our wonderful web server hosts put a series of events into motion that eventually caused the crash of theLeftAhead around 9:00 am this morning. We’ve had all hands on deck since and have spent the rest of the morning and the better part of the afternoon resolving the issue. When you put as much hard work into a project as my comrades and I put month after month, year after year into theLeftAhead, it is a uniquely unsettling feeling when the site is down. You feel a horrendous sense of vulnerability dealing with the uncertainty of not knowing if or when order will be restored and your writing (not to mention the blood, sweat, and tears fueling the words on the page) will be back available for the masses to access. As a professional blogger, there are few worse things I can think of than a crashed website. That being said, I’m happy to report that the issue has been resolved and the site is back up and running. Disaster has been avoided once again and the only casualty to speak of is the loss of most of the time that I had thought I would have to write today’s post. So without further ado, let’s get into today’s episode, shall we? After all, you’re crazy if you think I’m still going to be here at the office writing after the kickoff of tonight’s championship rematch.

Today, we get to watch Chandler violate one of the central tenants of “guy code.” Not only does Chandler violate “guy code,” he does so with the one guy whose code you probably least want to violate: his roommate Joey. Incidentally, Chandler will go on to violate the same tenant of “guy code” with Ross as well (shameless foreshadowing) later in the series which means that Chandler is a serial “guy code” offender. While Chandler is generally a wonderful friend and a joy of a person to be around, being a serial “guy code’ offender is a major embarrassment and a shameful component of the Bing legacy. Sure everybody makes mistakes and one slip up is understandable. But to violate the same tenant of “guy code” twice? In the word of our President-elect, “Sad!” Based on the fact that Chandler’s eventual marriage to Monica Geller is common pop culture knowledge, you can probably make an educated guess about the tenant of “guy code” that Chandler violated in today’s episode. And if you guessed, that he violated the tenant that you don’t fool aroudn with your friend’s sister without first securing said friend’s blessing…you have guessed correctly. In today’s episode, Chandler gets drunk at Joey’s birthday party, fools around with one of Joey’s sisters, and then wakes up the next day hung over and can’t remember which sister he fooled around with. As you can imagine, hilarity ensues. My advice to Chandler is something he ironically told Joey to do during the pandemonium that occurs at Joey’s parents house when everyone realizes that Chandler can’t remember he fooled around with Mary Angela. Chandler tries to get rid of Joey by pretending to be playing a game of Hide and Seek. But despite his tomfoolery, and considering that this incident ends with the Chan Man being punched in the face by Joey’s other sister Cookie, perhaps he should have channeled his inner-Andy Garcia and taken his own advice by being the one to run and hide. On that note, are you ready for some football? I hope it’s those spoiled Alabama fans who want to run and hide at the end of the night. When the same team wins the championship like every single year, a sport ceases to be entertaining. So come on, Clemson. Shock the world by defeating the Empire. I’m all in. Go Tigers! Damn, it feels good to be back. Happy New Year, everybody. On to the recap and see you next week.

Recap in the Key of Phoebe – This is the one where Chandler gets drunk at Joey’s birthday party and ends up fooling around with one of Joey’s sisters, Rachel meets a guy named Mark at Monica’s diner who works at Bloomingdales and knows of a job opening in his department, Ross get extremely jealous that Mark wants to sleep with Rachel because he’s helping her for no apparent reason, Phoebe has a fling with the noisy guy who lives above Monica and Rachel’s apartment, Monica encourages Rachel to take initiative by calling Mark to ask about her Bloomingdales interview, and Joey lets Cookie (one of his sisters) punch Chandler after Chandler fails to remember Mary Angela (the other sister he fooled around with) and further fails to run and hide.

Gandalf Gaffes – It’s 2017 and I’m predicting a record-breaking number of gaffes this year. I know, I know. That is not a very high bar to clear considering we’ve had a combined twelve gaffes from 2014 through 2016. Since there’s no doubt in my mind that Friends will prove itself to be a series that’s chalk full of them; moving forward, we should expect to see a steady increase of gaffes from year to year. Case in point, we have our first gaffe of 2017 to discuss in the first episode of the year. While very subtle, today’s gaffe is an important catch because it betrays the very essence of who Phoebe is as a character. It occurs during Joey’s birthday party. Phoebe is at the makeshift bar when Cookie (one of Joey’s sisters) approaches. Phoebe says hey and Cookie responds by asking her what she’s drinking. When Phoebe reports vodka and cranberry juice, Cookie informs her, “No kidding, that’s the exact same drink I made myself right after I shot my husband.” Phoebe reacts to this information by reporting to Cookie, “Wow. Okay, I don’t know how to talk to you.” Bam. Gaffe. The Phoebe who has lived through her mother’s suicide and lived on the streets is not going to be too intimidated to talk to a tough “biker chick” who just so happened to have shot her husband once upon a time. This tough streak in Phoebe’s character is established in the pilot episode and continued consistently throughout the series. In the pilot, after first meeting Rachel, Phoebe sticks up for her by informing the rest of the gang, “it’s hard being on your own for the first time.” She elaborates by giving a glimpse into her own past, reflecting, “I remember when I first came to this city. I was fourteen. My mom had just killed herself and my step-dad was back in prison, and I got here, and I didn’t know anybody. And I ended up living with this albino guy who was, like, cleaning windshields outside port authority, and then he killed himself, and then I found aromatherapy. So believe me, I know exactly how you feel.” Clearly, the Phoebe we know and love would have had no qualms about having an extended conversation with Cookie about the time she shot her husband. We have no choice to ding the writers no matter how subtle of an error this may have been. But don’t fret too much about this blemish on the record. It is about as minor as a GG can be so it will go on the books as a simple level one infraction.

Gandalf Gaffe #13: At Joey’s birthday party, the tough, street-smart aspect of Phoebe’s character that was established during the pilot is contradicted when Phoebe confesses that she is too intimidated to carry on a conversation with Joey’s sister, Cookie.

Chan Man Quip of the Week – [The Setup] The gang is hanging out at Monica and Rachel’s apartment waiting for Phoebe (who is upstairs talking to the noisy guy that lives above them) and chatting about Chandler’s unfortunate encounter with Janice (his ex). Phoebe was supposed to have gone up to tell the guy to quiet down but the gang quickly realized (because of the muffled tones coming through the ceiling) that she’s having a pleasant conversation. Right after the gang convinces Chandler that attending Joey’s birthday party will make him feel better about Janice, Monica shushes everyone upon hearing Phoebe’s muffled voice coming through the ceiling. Shocked by the turn of events, Monica protests, “I cannot believe she is still up there.” The gang continues listening through the ceiling as the noisy guy tells Phoebe a muffled joke. [The Knockout] Heartache be damned, Chandler seizes upon the opportunity in front of him by sarcastically observing, “Okay, well he totally screwed up the punch line. Y’know, it’s supposed to be arrghh-eh og-errigh.”

Next post: President Obama’s Farewell Address to the American People