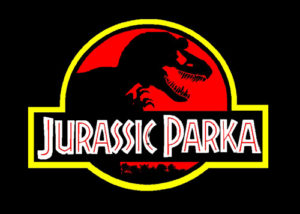 Friends S3:E14 – Welcome, students. Please take your seats. Okay, now that everyone is seated, pop quiz, hot shot. Actually, not a pop quiz (I just wanted to reference Dennis Hopper from Speed). Since we’re keeping it one hundred, you’re right…I did warn you about a test last week. So it should come as no surprise that I’m asking you to answer the following question: What is a Kiryot Moriah? If you answered… This is a trick question. Based on what you told us last week would be on this test, you were supposed to ask: What is a Kobayashi Maru? and the correct answer to the correct question is an unsolvable problem …then you aced the test with flying colors and are under consideration for admittance in our Friends 20/20 honors society. Well done. If you were fooled by my trick question, better luck next time. Perhaps you should consider studying harder. Any who…let’s get started with today’s festivities, shall we? After all, I don’t want to keep you long because I know we’re all a little tired this fine Monday afternoon (and possibly a little hungover) after witnessing the most improbable Super Bowl comeback we will ever experience in our entire lives. So yeah, after all the excitement yesterday (by the way, this brings me no pleasure but congrats, Patriots), let’s keep this thing short and sweet. In today’s episode, Phoebe is faced with the opportunity to reunite with a former singing partner who had betrayed her in the past to become a jingle writer. Initially, Phoebe’s instincts are on point in refusing Leslie’s proposition. Eventually, though, Phoebe allows the soft spot in her heart to get the best of her and gives Leslie another chance. When Phoebe and the gang wind up hearing Smelly Cat as the jingle for a television commercial, there’s no question that Phoebe should have stuck to her gut and told Leslie to take a long walk off of a short pier, so to speak.

Also in this episode, Ross pretends to be interested in attending a lecture with Rachel in an attempt to prevent her from spending time with Mark. During the lecture, Ross ends up making the mistake of falling asleep which obviously angers Rachel. She points out that she attends Ross’ work functions without falling asleep even though she also finds what he does incredibly boring. Ross, despite being the guilty party in this fight, takes exception to her finding his work boring and points out that millions of people went to watch Jurassic Park, a movie about what he does for a living. He then makes a crack about how unlikely it would be that people would want to watch Jurassic Parka, a movie about what Rachel does for a living. Obviously, Ross makes the Jurassic Parka joke because Rachel is in the fashion industry, right? (Warning: unapologetic segue in three, two, one…). Thinking specifically about Rachel reminded me of an oversight I made last December during the understandable pandamonium resulting from the outcome of Election 2016. As you were reminded last week with our coverage of Conan’s El Chapo sketch, we like to chronicle topical tributes to Friends in contemporary pop culture. Well, SNL had a quite notable such tribute on December 3rd that we neglected to cover in real time. Vanessa Bayer returned to Weekend Update to do her hilarious Rachel impression. Vanessa’s impression is a bit I have certainly previously highlighted but, considering she was joined by a very special surprise guest this time around, I clearly dropped the ball by not covering it during the December 12th post. Given that I am a firm believer in the adage better late than never, we’ll wrap up today by making up for the previous omission. Once again, the video of this sketch is embedded for your convenience. If, for some reason, you missed it last December…you’ll be pleasantly surprised when you glance down and realize who the special surprise guest is. Enjoy and see you next week, mis amigos.

Recap in the Key of Phoebe – This is the one where Phoebe gets approached by her former singing partner to get back together, Ross attends a fashion lecture with Rachel in order to prevent her from attending it with Mark, Chandler dates a woman that Joey once perpetrated a heinous transgression against, Monica cracks a joke about Rachel being easy in high school, and Phoebe is double crossed by Leslie (her former singing partner) when she sells out on Smelly Cat so hard that she may as well have been wearing a Jurassic Parka whilst stabbing Phoebe in the back.

Chan Man Quip of the Week – [The Setup] Chandler is at home reading the newspaper when Monica comes over. After they exchange hellos, Monica points at Chandler’s milk and asks, “Oh, can I borrow this? My milk’s gone bad.” [The Knockout] With all of the intensity of a beaming ray of sunlight, Chandler delivered the following answer, in all its sarcastic glory, “Oh, I hate that. I once had a thing of half and half, stole my car.”