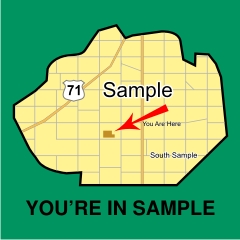 Friends S3:E24 – What’s good, Friendlies? Happy Monday to you. Welcome to the penultimate post of Friends 20/20, Season 3. Typing those words is music to my fingers. I won’t lie, I am readier than ready for summer vacation. In about one week and four hours from now I will be touching down somewhere tropical and dropping off of the grid faster than AT&T cellular service in a building with a steel roof. In other words, I will be unreachable. While I’m very much looking forward to the extended break, I’m still tripping on the fact that (after next week) we’ll still only be 30 percent of the way through this Frankenstein monstrosity of a project that I somehow concocted on a whim during a long drive between Denver and Albuquerque way back in September 2014. Prior to that, while in preliminary discussions with Ted James about coming on board at theLeftAhead as a pop culture writer, I knew I wanted to do something with Friends and it’s congruency issues because I had already been living in the Friends vortex for many years and my wife and I already enjoyed identifying inconsistencies while we were binge watching reruns. Mr. James and I agreed that I should do something for the 20th anniversary of the series premiere (September 22, 2014) as my debut submission to the blog and he liked the idea around congruency issues (what ultimately became the Gandalf Gaffe section of Friends 20/20). However, the marathon idea I came up with on that drive from Denver to Albuquerque has proven to be both a gift and a curse. The idea to do a blog post on the 20th anniversary of every episode of the series has been a gift because Mr. James loved it and, as a result of Friends having a ten-year run, it has secured me ten years of job security at theLeftAhead. On the other hand, it has been a curse because (I won’t lie) it sometimes can be excruciatingly monotonous to blog about the same show week after week after week. Don’t get me wrong, it’s been much more of a gift than a curse and I feel that we’ve deployed creativity in some really exciting ways to interrupt the monotony. I’m far from bitter, I was just wigging out thinking about the fact that we’re still less than a third of the way down this Mad Hatter rabbit hole. So thanks for allowing me to vent but let’s keep it moving…shall we?

This episodes offers a very special (and vary random) cameo by two comedy legends. Robin Williams and Billy Crystal appear in the cold open playing two neurotic friends who impose themselves on the gang while having a conversation at Central Perk. Williams, of course, is using one of his famous accents to play his character. Crytal’s character informs Williams’ character that he’s having an affair with his wife and then, as expected, hilarity ensues with the way Williams responds. This randomly placed cameo, while hysterical, has no bearing on the larger plot of the episode and seems to be some sort of “right place at the right time” moment to seize on an opportunity to have these two comedic geniuses add some valuable street cred to Friends as it was still building it’s following. I’m not mad at it. More importantly…RIP, Robin Williams. There is a noticeable void in the world since we lost the joy that emanated from your singular talent. In other cameo news, a few weeks ago I teased another cameo later this season related to Ben Stiller’s cameo in Idiot! Low and behold, loyal readers, that moment has arrived as none other than Christine Taylor (Ben Stiller’s wife of 17 years) makes a cameo in this episode, playing Phoebe’s “bald” friend Bonnie. Granted, Stiller and Taylor were not married in 1997 when they both appeared on Friends but my sources tell me they were already friends (see what I did there). Back to Bonnie, Phoebe asks Rachel permission to set her up with Ross…which Rachel agrees to under the assumption that Bonnie is a weird, bald chick. When Rachel discovers that Bonnie has grown her hair back out and is no longer weird or bald, it’s fair to say she’s more than a little perturbed with Phoebe. While Bonnie appears briefly in this episode, she will reappear in next week’s season finale to play an important part in advancing our season-long Ross & Rachel story arc. How’s that for good blogging? I just completed the explanation for one teaser while simultaneously offering up another one. Click back next week to participate in our discussion of Christine Taylor’s ongoing cameo and the role it plays in moving along the Ross & Rachel saga. To borrow from Black & Silver (theLeftAhead’s other currently active blog series)…one left.

Recap in the Key of Phoebe – This is the one where Chandler’s boss won’t stop slapping him on the butt to communicate praise, Monica supports Pete as he trains to become the Ultimate Fighting Champion, Joey demonstrates fish hooking to show how violent Ultimate Fighting is, Phoebe asks Rachel’s permission to introduce Ross to her friend Bonnie, Rachel grants said permission because she’s under the impression that Bonnie is bald, Ross hits it off with Bonnie, and Chandler finally gets up the guts to ask his boss to stop slapping his butt without having to tell him his idea for a sign that reads, “you’re in sample.”

Chan Man Quip of the Week – [The Setup] The gang is at Monica and Rachel’s apartment discussing Chandler’s predicament of trying to figure out how to get his boss to stop slapping him on the butt. Ross advises, “All right so, Chandler, from now on, don’t give your boss a chance to get you. Ya know just, uh, don’t turn your back to him.” Joey counters, “Yeah, or you can teach him a lesson. Ya know? What you could do is you could rub something that really smells on your butt, all right? Then, when he goes to smack ya, his hand will smell. Now what could you rub on your butt that would smell bad?” [The Knockout] Bewildered by Joey’s logic coupled with his inability to come up with the obvious answer to his own question, Chandler wonders, “What if Joey were president?”