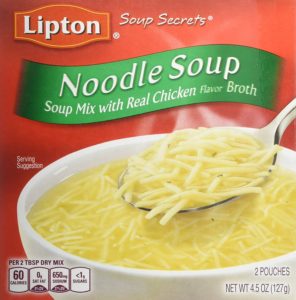 Friends S5:E18 – Good afternoon, Friendsters. Please take your seats so we can begin. How’s everyone doing today? Between you and me, I personally have a pretty severe case of The Mondays. I mean, can you blame me? Two Mondays ago, I was on the southeastern coast of Italy having the time of my life in Polignano a Mare eating seafood pasta, drinking wine, and soaking in the true, magical blue of the Adriatic Sea. Last Monday, after fighting off the extreme jet lag of a Saturday afternoon arrival in Denver from London and a Sunday morning arrival in Minneapolis from Denver, I got sick traveling back home to Denver from Minneapolis. Now, one week later, I’m still jet lagged and under the weather and I’m also feeling blue about Europe being past tense rather than present tense. Trust me, the happiness hangover that comes with no longer being on a magical vacation combined with international jet lag and a cold is not a fun combination. That being the case and because I don’t want to spread my germs to the class, I’m making the executive decision to make this a MAIL-IN SPECIAL. I know, I know. In January, I made a big deal about my 2019 New Year’s resolution being to have fewer mail-in specials this year than ever before. Since then, I’ve played the M-I.S. card multiple times. I still plan to follow through on my resolution but can you cut me a break today? I have my reasons for playing the card today. I’ve stated them. And yes, they are threefold. You want me to at least say something about today’s episode? Okay, no problem. Being that I’m sick, I’ve been eating a lot of noodle soup this week. Mmm, noodle soup. There. Consider this episode thoroughly dissected. So are we good? Cool, we’re good. Alright then, y’all. That’s if for today. If you need me, I’ll be at Chotchkie’s getting some coffee and looking through my photos of Europe. Did I mention how blue the water is in the Adriatic Sea? You don’t have to take my word for it, see for yourself. Adams out.

Recap in the Key of Phoebe – This is the one where Joey crashes little Ben’s soup commercial audition in hopes of landing his own audition to play Ben’s father in the commercial, Rachel starts smoking in order to not be left out when her boss and co-worker go outside to smoke, Chandler (a former smoker) encourages Rachel to stick with her new filthy habit and cheers on her decision to risk her health in pursuit of her career, Monica and Phoebe decide to co-host Rachel’s surprise birthday party but (having already planned everything else) Monica puts Phoebe in charge of cups and ice, Phoebe turns lemons into lemonade by turning cups into a banner, a chandelier, and fun party hats and by providing an eclectic array of ice options including crushed, cubed, dry, and snow cones, Ross gets annoyed when Joey asks him to have Ben bow out of the soup commercial because they can’t both be in it after Joey is paired with Raymond and Ben is paired with Kyle for the final audition, and Joey blows the final audition when he repeatedly screws up his line by saying, “Mmm, noodle soup.”
​
Gandalf Gaffes – None. Flawless episode!

Chan Man Quip of the Week – [The Setup] Chandler and Ross are hanging out at Chandler and Joey’s apartment when Phoebe comes in carrying two giant garbage bags stuffed to the brim. Phoebe cheerfully greets them, saying, “Hey.” Chandler and Ross simultaneously return Phoebe’s greeting, saying, “Hi.” Motioning to her two enormous and stuffed garbage bags, Phoebe asks, “Is it okay if I leave this stuff here ’til Rachel’s birthday party?” Chandler responds, “Ah sure.” He then asks, “What’s in ’em?” Phoebe answers, “Umm, cups.” [The Knockout] Down three with the bases loaded, Chandler swings for the proverbial “quip” fences, responding, “Oh good, because uh we got Rachel 800 gallons of water.”
​
#TheChickAndTheDuck