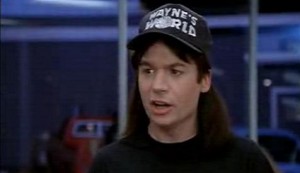 Exsqueeze me? A Baking Powder?

Editor’s Note: Move Quote Freestyle is an online blogging game invented by Jennifer Hooker. The game is fairly simple. A player opens up a dialogue by posting a movie quote. Next, anyone else who is interested in engaging the first player in a “cypher” responds by commenting on the original post with another movie quote that plays off of the first one. This continues for as long as players can think of movie quotes to respond to the last one that was posted. The only rule is that the quote must be from a movie (not a TV show or song). There is no limit to the number of players who can participate and the game is over when a player’s movie quote is not responded to. The player who plays the last quote wins. However, if at a future time another player eventually responds to the last played quote by posting a new quote then that player has reopened the game.

Once it hits your lips, it’s so good.