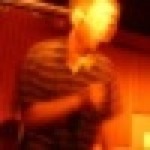 All lyrics written by MOS, Ted James, and D-Wattz.

When you step in live, throw your fist up high,
‘Cuz you got the need to fight for what’s right,
It’s a revelation when we move the population
to get involved. We’re falsely dominated
by money conversations, party nominations,
Support the Movement! It’s time to heal the nation!
No procrastination, we’re here to get it poppin’ Here right now! (uhh)
See it’s clear right now but we appear like clouds,
to rumble, thunder, shakin’ the crowd now,
Got a letter from the government, didn’t have to open it,
Knew they was some suckers, now that we controlling it,
M7 holdin’ it, this is not politics,
This the shit that make you bounce like hydraulic kits,
Wattz got the whole population tryin’ to copy it. Hear the sound!

Feel the kick, push swing of the pendulum
Ring in a new era stream of a terror network seen
From the voting booth beamed to Iraq
Like a body armor screen for the marine
Who wants his life like a fiend
You rapping all for the green
(We rapping all for the votes)
M7 movement built for kings
Bring this clean in quotes
“It was all a dream to push a facts machine”
Get all up in the cracks and make the cracks feed dreams
Cataracts when the gleam counteracts static steamed
To the ballot for the ballad of “Life is but a Dream”
Cadillacs seldom seen on the new hip hop scene
Guided by a new team focused squarely in between
The bandanas and the bling
Where the culture comes to cling to our roots when we sing
(Where spitting truth is routine)
Where vocal booths are parachutes that rally troops who convene
In the alley where we tally, NY to Cali, build regime
Change.

Stand up, get your ish together when,
the D-Wattz heat drops and streets start comparing them,
to the Chicago 7 or The Weathermen,
we livin’ breathin’ this live, never second-hand,
a quick whif of these hits it’s evident,
aint nothin’ better than, no comparison,
part rebel bretheren, part All-American,
ten percent cool, 100 proof adrenaline,
we talkin fed bids, industry separatists,
revolution special, with barretta sold separate,
chess intelligence, who you messin’ with?
organized Hiphop unified confederate!
rhyme veterans, boy, save ya’ rhetoric,
hatin and threatenin understand we’re ahead of it (uh),
payola pressure another brand of censorship, but
we got free, and it moves with true penmanship,
so call your Senators, your House Respresentatives,
the motherfuckin’ President, and get your leverage,
throw in some severance, a little medicine,
and equal rights for all gays & lesbians,
we need investments in education benefits,
the population getting desperate,
‘cuz there’s a war goin on out here, fuck a terrorist,
we making bullets out of melted necklaces.. move!

All lyrics written by D-Wattz

Verse:
“Don’t call it a come back”
call it a phoenix
call it a blood bath
call it a remix.
cock your guns back
call the police in
shit.. “I be the anti-myth rhythm rock shocka”, bitch,
call it a prefix (“haHa haHA”)
dumpin so hard on tracks homies callin it street shit
so much flow, rappers callin in sea sick
so deep you could call it my penis
fuck your punchlines.. pussy, I be callin up Meet Fist!
call it on, Wattz is goin to war!
call it deus ex machina through the theater door! (uhh)
You Don’t Know? I done this before?
like “who else want [some of] Hollywood Court?”
yeah, callin out rappers stackin grands like fake G’s,
like a mass grave of emcees and break beats
risen from the dead call me Don Mackaveli
kickin genocide styles like Cobain did the 80s!
Nevermind, these fuckin suits can’t tame me,
call bluff man, “the industry ain’t make me”
huh? i said the game don’t pay me,
rest in peace.. yeah they can BURN