Written by:theLeftAhead Bot
Written on:May 7, 2012
Comments
Add One
2
“And you can put that on my Kevin Willis chanclas, boy.” 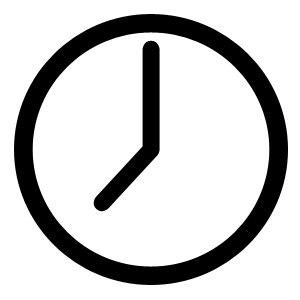 They said the Lakers wanted to match wits (aight, aight)
They said we couldn’t beat the champions (say what?)
You can shove that up your asterisks (gone fishing)
Because we just did them something tragic (yeah, ye-yeah)

It’s so hard to say goodbye to yesterdizzay, LA
The N-B-Izzay dynastizzay back to SA, my man
I mash your homie, snatch your trophy, that’s to Shaq and Kobe
Cuz we don’t play, just ask Ton-nay and now my man Ginob-lay
First came Stephon who took Game 1 in the thing
Celebrating like they won the damn championship ring, son
Ask Kenny, you and Penny’s a fling
Bringing Ming to your team, you still ain’t seeing that bling, next
On to dance with Phil Jackson, fable
Sissy-fied the Lakers and we turned them tables
And don’t be tripping on them fourth quarter labels
Just remember how we closed them phonies out at Staples
And to Nash and the rest of the Mavs, surrender
Just like Dirk, the little hurt pretender
And Mark Cuban, boy, you’ve never been tenured
You’re just a contender cuz Chris Webber was injured
So now who’s crowned in the Western Conference?
It’s dem Dirty South Spurs and Coach Gregg Pop-o-vich
Shutting down the league, knocking Stern unconscious, repeat
And you can put that on my Kevin Willis chanclas, boy.

Yeah, we ain’t messing around this year
We coming to take that back

And it don’t stop
Sending D-Rob out on top

This is the new era, we just better, we too clever
We bring terror, wherever, to be the ’03 ring wearers
This is the San Antonio Spurs, ya heard
Bruce Bowen shoot the three like Larry Bird, ya heard
Tony Parker will cross you over to the curb, ya heard
D-Rob will block your shot then preach the word, ya heard
And don’t get me started on Mr. Double-Double
With Timmy in the post, dawg, you know you in trouble
Get on the MVP’s back and watch a dynasty crumble
Shaq and Kobe look prehistoric like Fred Flintstone and Barney Rubble
But this ain’t Bedrock, we don’t stop, Coach Gregg Pop
Got chalk talk nonstop to make a Zen Master’s heart stop
And you can put that on Malik Rose
Watch him get up in the paint and throw dem bows
With Speedy Clax blazing tracks, you can’t beat the Silver & Black
Manu Ginobili looks like Shinobi taking the ball to the rack
So please stay off our back
Or Steve Jack will attack and you don’t want that
My SA chicas know where dem real ballers at
Deep down in Titletown, TX where we’re bringing it back.

That’s right SA, bob your head with Rhime Divine and The Beat
Because in June we cutting down the Nets

The Beat 98.5, Rhime Divine, San Antonio Spurs
M7music.com, y’all can come check us out, you know where we be
It’s like that all day, bringing the title back to SA
What?