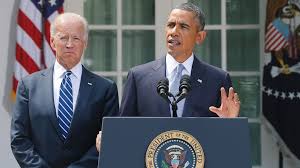 Let me begin by saying that my purpose for writing this is not to present my opinion on whether or not the United States should strike the Assad regime in Syria. I am unable to do that at this time because I have not completed the painstaking task of formulating said opinion. Therefore, this is not a persuasion piece written in hopes of convincing others to agree with one side of the debate or the other. While I am leaning towards opposing the intervention, I have not finished working through my inhibitions with making this decision, therefore I am unable to make a definitive statement rejecting President Obama’s case. In fact, I’m hoping that writing this will be an exercise through which I might process some of my thoughts so that I can begin moving towards ascertaining clarity in this matter. As both an anti-war activist and a supporter of our president, I have had an unusually difficult time making up my mind on this issue. I have struggled with it internally every day for over two weeks and it will be quite a relief to lift this burden of uncertainty by finally coming to a conclusion. My rationale for writing this now is that I want to sort through the validity of all the information that is oscillating in my head and take a measurement of where I am in my process by getting it down on paper before allowing President Obama the opportunity to refine his case tomorrow in his address to the American people. Hopefully, by subjecting my uncertainty to the intense examination of cornering it with my pen, I can have a therapeutic experience that will condition me to listen to President Obama’s argument tomorrow with an open mind and then have the confidence to make a final decision on the issue in good conscience. My rationale for sharing it on the blog is to present the internal conflict between preexisting convictions that I’m struggling with for others who also might be going through a similar struggle. While I humbly acknowledge that my thoughts on the matter probably shouldn’t carry very much water in helping others work through the intricacies of the gut-wrenching decision of whether or not to support our President, I believe that any and all carefully thought out attempts to seek the moral center of a debate are noteworthy. When one gives credence to the arguments from both sides before carefully coming to a conclusion, then one’s process has merit and ultimately elevates the discourse. I can promise that my process has been careful and thorough. My hope is that by laying out the difficulty I have had navigating a juxtaposition, I might move closer towards coming to the proper conclusion for me. If, by sharing it online, the process can also help someone else who is also struggling with finding the moral center of the debate on Syria, even better.

It might come as a surprise to some people who knew me well during the early aughts that I had not already made the decision earlier in the debate to publicly oppose U.S. intervention in Syria. Then again, it might come as a surprise to others that knew me well during the later aughts that I have not already made the decision to vigorously defend the position of President Obama. Here in lies the heart of my dilemma. As I stated earlier, I am both a principled anti-war activist and an ardent supporter of Barack Obama’s judgement and leadership. At the same time, I am not a pacifist nor am I an apologist for our president. Make no mistake, I am determined to arrive at my conclusion on this matter applying the same principles and beliefs that compelled me to be an anti-war activist and an outspoken critic of the Bush administration’s foreign policy. Having stated this, I can’t help but be mindful of the irony that these were the same principles and beliefs that compelled me to be an early and vocal supporter of Barack Obama and a committed participant in the Obama for America movement. In a very real way, for me, the Obama for America movement was the direct and natural successor of the movement opposing the Iraq War earlier in the decade. From my perspective, our anti-war movement meticulously inspected the political landscape in 2007 in search of a leader with the moral compass to uphold our principles as the next commander-in-chief, and we championed Barack Obama. Now, some among us, are vilifying the decisions of the leader that we, as a movement, insisted was the best person to make these decisions. I find this rather disturbing and I find myself increasingly isolated in attempting to continue to be both a disciplined anti-war activist as well as a vigilant defender of President Obama’s judgement. I’m not saying that I am alone in this struggle, I assume that there are millions of Americans who share it. What I’m saying is that most of the anti-war activists that I personally associate with have outwardly abandoned support of the Obama administration’s foreign policy and that most of the Obama loyalists that I associate with have outwardly abandoned their uneasiness with the proposition of another war. I feel rather isolated in having reservations about the soundness of President Obama’s decision to intervene in Syria while also continuing to have high confidence in the judgement of the man making this decision. It is seemingly quite lonely to cohabitate both spaces. It is difficult to reconcile the inherent conflict between the lack of soundness in the decision as it is visible to me and my continuing perception that the decision-maker has impeccable integrity. The question then becomes, for me, is President Obama making this decision based upon the case that he has made for upholding the ban on chemical warfare or are there lurking geopolitical threats guiding his judgement? It seems to me that there must be an underlying urgency taking precedence for him to be choosing military might over the vigorous diplomacy one might expect from the champion of an anti-war movement. As horrifying as the actions of the Assad regime were, if they indeed were the perpetrators, and as tragic as it was that over a thousand civilians including hundreds of children were brutally murdered with chemical weapons last month, I find it difficult to believe that President Obama has abandoned the principled position that American military might should only be independently exercised to mitigate an imminent threat to the safety and security of the American people. I will be listening intently tomorrow to try to ascertain whether or not his decision to intervene in Syria indeed upholds this high standard.

Despite not having yet resolved whether or not I could support the President’s decision to strike, I was deeply heartened and, as an Obama supporter, I felt somewhat vindicated upon hearing the news last week that he will seek Congressional approval before acting. I believe that this was an important step towards normalizing U.S. foreign policy and reigning in some of the expansive presidential powers that have been waxing over recent decades. I also believe that it was a strong rebuke of the attempts by opponents of the intervention to conflate the foreign policy of President Obama with the foreign policy of his predecessor. I have become increasingly uncomfortable with accusations from the left that the Obama administration is hungry to wield U.S. military power with the same callous recklessness as the Bush administration, and this development was reassuring and reinforced my belief that President Obama is indeed exercising the type of deliberate restraint and caution that I believe to be consistent with his character. While the decision to allow Congress to vote to authorize the action in and of itself hasn’t changed the trajectory of where my opinion on intervention in Syria will ultimately land, it is validating in respect to my continued endorsement of President Obama’s leadership. Every American has now been given the opportunity to weigh in on this debate through our elected representatives which is a healthy change of course from business as usual in American foreign policy and is indeed a testament to the work that the anti-war left did in both opposing the Iraq War and also in putting our weight behind a presidential candidate who ultimately made this shift as commander-in-chief. All of this being said, with or without congressional approval, my principle objection with President Obama’s plan to intervene in Syria is that it lacks the moral authority of the international community. More than the potential for mission creep, more than the danger of creating other unintended consequences, and more than the high possibility that the plan will not accomplish its objectives, I believe that it is inappropriate for the United States to continue to believe that we can exercise the perogative to intervene unilaterally and that over the long term such actions weaken our moral authority and increase the risk to our long term security. If we believe that the crimes of the Assad regime are so egregious that there is a moral imperative to put a stop to them, then we should work tirelessly to build an overwhelming consensus within the international community that military force is the necessary recourse. Without international consensus, I’m struggling to find the moral center of this debate on the side of President Obama’s decision to intervene with U.S. military force. Based on developments today, President Obama’s threat of military force might yet still ultimately yield a diplomatic solution to the crisis. After U.S. Secretary of State John Kerry somewhat sarcastically described what it would take for the Obama administration to change its mind during a press conference this morning, there are signals from Russia and Syria that the Assad regime might be willing to voluntarily hand over its arsenal of chemical weapons to the United Nations and sign on to the Chemical Weapons Convention. Should Syria prove to be sincere in pursuing this solution and the crisis is ultimately resolved without American military intervention, it would be hard to argue that the Obama administration’s credible threat of military force hadn’t played a role in such a diplomatic solution. For now, I am grateful to be taking the time to really struggle with this issue. It has been a painstaking process and I am relieved that I am beginning to crawl to the point where I see an internal resolution is within reach in regards to my juxtaposition within this debate. I am at ease with the notion that I have done my due diligence to properly evaluate each side of the argument on its merits. This in turn will give me the confidence to publicly and forcefully advocate my position when I do finally come to my conclusion in the next few days. Tonight, I will go to bed leaning slightly towards opposing the intervention but with the determination to listen to President Obama’s case tomorrow without partiality. After that, I will reflect and then come to my conclusion while continuing to hope for there to be progress made towards a diplomatic solution that yields this entire debate moot. One thing is for sure, this exercise of subjecting my uncertainty to intense examination by cornering it with my pen has indeed yielded me a greater clarity of thought. In my mind, progress write now.