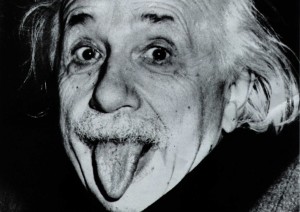 Friends S2:E9 – Deck the blog because I’m a pop culture svengali, Fa la la la la la la la la, Tis the Season Two Christmas to be jolly, Fa la la la la la la la la. My goodness, it feels good to be back on the job this week. Welcome, welcome. I hope you’re as transfixed with the holiday spirit as I am this glorious Monday morning that, if I’m not mistaken, constitutes the twelfth day before Christmas. But before you go running out to purchase your true love a partridge in a pear tree, I did a little research and it turns out that The Twelve Days of Christmas is most often observed as the twelve day period beginning on Christmas Day and ending on the eve of the Epiphany rather than the twelve day period beginning today and ending on Christmas Day. Dating back to childhood, I always assumed the latter (that Christmas Day was the last of the twelve days). In other words, I assumed that my true love was giving me twelve drummers drumming on Christmas Day, not in early January during the apex of the college football bowl season (wait, then again…twelve drummers drumming during the college football bowl season? Coincidence?). I guess you learn something new every day. In my case, (as I’ve stated numerous times before) I’ve learned plenty of those new things while doing research for this blog series. For instance, did you know that Albert Einstein (a.k.a Phoebe’s grandfather) was a self-taught violinist? “If you don’t know, now you know.” I was very pleased to uncover that juicy nugget while doing my research this past weekend. But I digress. I know that time is a precious commodity during the holiday season and you’ve visited the blog today to get some world class Friends analysis, not to figure out the exact day that ten lords will be leaping into your living room nor to discuss Albert Einstein’s proclivity for the violin. So without further ado and in the words of Chris Matthews, “Let’s play hardball.”

In today’s episode, we are asked to put the will they, won’t they drama of the Ross and Rachel saga on the back burner and allow Phoebe to take center stage as she begins a long quest to meet her biological father and learn more about who he is as a person. Considering that she knew so little about him to begin with that she believed her grandmother’s preposterous scheme to convince her that the “guy that comes in the frame” photos were in fact pictures of her father, Phoebe was quite literally starting this quest from square one. One of Phoebe’s most endearing qualities throughout the series run is her desperate pursuit to establish the types of loving and supportive family relationships that were absent during her childhood. She has an endearing spirit when it comes to her handling of family members and she seems to have a remarkable reservoir of hope from which she draws the grace necessary to overlook her family members flaws and forgive those involved in dooming her to a miserable childhood. Phoebe’s ongoing mission to belong to a loving family is a series long journey that is fascinating to watch as it unfolds and her attempt to visit her biological father in this episode with Joey and Chandler along for support is a big step down a path that will eventually lead her on some riveting adventures. If you want to read more about The Adventures of Phoebe Buffay – Family Explorer, you’re going to have to browse back to Friends 20/20 in 2016. I’ve had a great year writing this blog series. I hope you’ve enjoyed reading it. As I’ve stated before, this is an organically developing project so my goal is to come back even sharper in the New Year to bring you an even better version of the provocative analysis that you’ve come to rely on. For now, I’m off to vacation to teach myself how to play the violin. Or not? You never know. Happy holidays to you and yours! Kenny Adams…out. Fa la la la la la la la la.

Recap in the Key of Phoebe – This is the one where Phoebe sees a picture of her father for the first time and gets his address from her Grandmother, Monica and Rachel throw a party at their apartment even though it is unbearably hot because their radiator is broken, Ross is self-conscious about the amount of gel he uses in his hair, Joey and Chandler buy Christmas presents for their friends at a gas station while supporting Phoebe on her quest to meet her father, and Mr. Treeger’s scheme to kiss Rachel under the mistletoe at the party is foiled but he makes some extra money when the gang thinks he is playing hardball.

Chan Man Quip of the Week – [The Setup] Rachel, Chandler, and Joey are decorating the Christmas tree at Monica and Rachel’s apartment. Chandler begins reminiscing about his childhood, “You know, I remember my father, all dressed up in the red suit, the big black boots, and the patent leather belt, sneakin around downstairs. He didn’t want anybody to see him but he’d be drunk so he’d stumble, crash into something and wake everybody up.” Empathizing with him, Rachel offers, “Well, that doesn’t sound like a very merry Christmas.” [The Knockout] Chandler, a hint of self-loathing in his voice, responds right back, “Who said anything about Christmas?”