Be Bold, Change the System 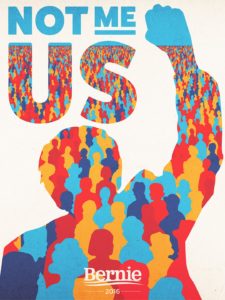 The following video tells a story of Chris Wilson and explains who he believes is best fit to be the next president of the United States of America. Chris Wilson is not a famous person making his celebrity endorsement. Rather, he is an ordinary American. Why then (you might ask) should I care who Chris is endorsing for president? Well, Chris is an ordinary American who happens to also have an extraordinary story to tell. It is a story of one man’s personal failure and redemption inside a broken system that failed his community. On June 29, 1996, Chris Wilson made the terrible decision to shoot a gun and take a man’s life near his mother’s home in Baltimore, Maryland. Almost one year later, on June 17. 1997, Chris was sentenced to life in prison. Once in prison, instead of giving into to hopelessness, he decided that embracing his education could be his path out of prison. He wrote what he called his “master plan” of self-improvement and proceeded to earn his G.E.D. and a degree from Anne Arundell Community College. On November 3, 2006, a decade into his incarceration, Chris returned to court to meet with Judge Cathy Serrette. The judge decided to put him on a pathway to parole as long as he promised to complete his “master plan.” In 2012, at the age of 33, Chris was released from prison. Today, Chris is a social entrepreneur who is back in his home community of Baltimore where he recruits unemployed men and women, often with criminal backgrounds, into job training programs. Did Chris make a huge mistake when he was 17? Absolutely, and he would be the first to admit it. But today, Chris is an inspiration. Because he was bold about making education his second chance, today, Chris gets to help change the system. Watch Chris tell his own story in his own words below:

“I spent almost half of my life in prison. I was a dreamer. But I was raised in a very violent neighborhood. Every couple of months we had to go bury somebody. My mom went through a terrible relationship with a police officer. I started carrying a weapon. Not too long after, I ended up taking a person’s life. I was 17. My mustache had just grown in.” – Chris Wilson