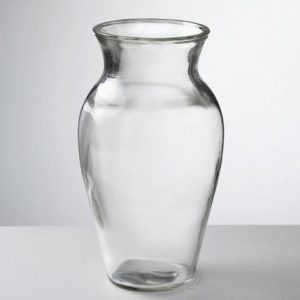 Friends S3:E12 – Hiya. How are all of my incredible friends doing today on this our final convening of the Obama presidency? Happy MLK Day to all! In what is rapidly becoming an annual tradition for the Friends 20/20 blog series, I intend to keep today’s festivities short and sweet out of respect for those things that are desperately more important than sitcoms and pop culture. I’m sure many of you were out at your local marches and rallies this morning out of respect for the “fierce urgency of now.” Many of you have, likewise, spent some of the day reflecting on where you stand during this time of “challenge and controversy.” Having both been moved to action this morning and having spent the early part of the afternoon in reflection, I’m sitting down now to fulfill my obligation to this blog series with only one thought in my mind about today’s episode. The empty vase. The empty vase was the symbolism that Julio, the pretentious waiter in Monica’s diner, used to insult American women. Today, during this important day of action and reflection, those words ring in my mind in association with our incoming President. Donald J. Trump has absolutely zero plans for putting in place policies that will help America’s working families yet, somehow, he was able to fool just enough working Americans into believing that he does to earn the necessary votes to squeeze out an Electoral College victory in last November’s election. There’s no doubt in mind that, when it comes to making America great again for working families, Donald Trump and his presidency are and will be an empty vase. In fact, Trump is such an empty vase that he is ceding power to people who seek to do harm to America’s working families. Already plans are in place to repeal the Affordable Care Act, for example, and take healthcare away from 20 million people. There is nothing Christian or conservative about repealing Obamacare. I believe the words we’re looking for to describe this Republican priority are immoral and pernicious. Indeed, Donald Trump filled his campaign “vase” full of hot air and after enough Americans sucked it up, the vultures have swooped in to fill the vacuum that was left. These are troubled times in America. We the overruled majority, who knew a Trump presidency would be disastrous, must prepare (starting Friday) to be vigilant about doing the onerous work of resistance but we must also be ready to mobilize the working men and women who supported Trump’s candidacy as soon as they come to the realization that they were duped into supporting an empty vase. Of course, some of them will never come to that realization, but many will. And we must be prepared to welcome them into the struggle rather than cast them aside for their role in creating this mess. If we can do this, my friends, there is no reason why we shouldn’t have hope that this chapter of darkness we are about to enter can be short-lived. I leave you today to chew on that thought with the accompanying words of wisdom from the incomparable Dr. King:

We must accept finite disappointment, but never lose infinite hope.

Onward. To the recap and then the struggle that awaits.

Recap in the Key of Phoebe – This is the one where Monica gets a crush on Julio (a waiter at the Moondance Diner), Chandler organizes a bachelor party for his anti-social cousin Albert, Ross obsessives over his concern for Rachel’s co-worker Mark during her first week at her new job, Rachel later obsesses over Ross setting up a play date for Ben and the son of the stripper from Albert’s bachelor party, Joey gets put in charge of dance choreography during an audition because he lied on his résumé about having extensive dance training, Phoebe discovers that a poem Julio wrote for Monica is derogatory and insulting, and in the end, a barber shop quartet roasts that butt munch Julio and proves that in fact, he is the empty vase.

Chan Man Quip of the Week – [The Setup] Ross, Rachel and Chandler are at Central Perk. Ross is informing Rachel that he needs to leave for Ben’s play date with the stripper from the bachelor party Chandler organized for his cousin. Upon receiving the news, Rachel is fidgeting and looking visibly upset. Ross asks her, “Are you jealous?” Rachel sheepishly responds, “No. I, ya’know…I don’t see why she has to play with you, that’s all. I mean doesn’t she have any, ya’know, other stripper mom friends of her own?” Coming right off of apologizing for his own ridiculous jealousy spat, an emboldened Ross declares, “You are totally jealous.” Rachel defensively answers, “I’m not jealous. All right this is about, umm, people feeling certain things, ya’know, about strippers. And ya’know, and um, I…” Ross signals that he’s leaving and cuts her off by saying, “Honey, I love you too.” Rachel looking defeated moans, “Ugh.” Suddenly a light bulb seems to go off in her head and she calls out, “wait, wait wait” after Ross before he gets out the front door. He turns around and asks, “What?” Rachel proceeds to give him an incredibly passionate kiss. Looking dazed, Ross exclaims, “huh” as he walks out the door. Rachel then turns to Chandler and brags, “Well, there’s a kiss that he won’t forget for a couple of hours, ya’know?” [The Knockout] Raining on Rachel’s parade, Chandler observes, “Yeah. Either that, or you just turned him on and sent him off to a stripper.”