For many of us, listening to new music can be a good way to extricate from the heaviness of a day like today. Enjoy. 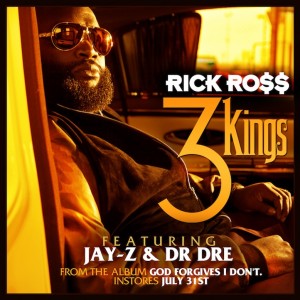 See y’all niggas
Hit the switches on that shit one time, ugh
Let the top down

I came a long way from the weed game
Twenty stack seats at the Heat game
And I’m still strapped with the heat man
Can’t be steppin’ on a nigga feet man
80 pair of sneakers came from the D game
Cousin was a Crip, said it was a C thing
Brown bag money in a duffle bag
Fuck ’em all, wet ’em and we gotta double back
The homie whippin’ chickens in his momma kitchen
On the mission, said he get it for his son tuition
Real nigga’s dreams comin’ to fruition
Stumble, but I never fall, leanin’ on my pistol
I only love it when the ass fat
We should listen to this track in my Maybach
I’m just tryin’ to be a billionaire
Come and suck a dick for a millionaire

Uh, I only love her if her eyes brown
Play this shit while you play around with my crown
King H-O, y’all should know by now
But if you don’t know, uh
Millions on the wall in all my rooms
Niggas couldn’t fuck with my daughter’s room
Niggas couldn’t walk in my daughter’s socks
Banksy bitches, Basquiat
I ran through that buck fifty Live Nation fronted me
They workin’ on another deal, they talkin’ two hundred fifty
I’m holdin’ out for three
Two seventy five and I just might agree
Ex-D-boy, used to park my Beamer
Now look at me, I can park in my own arena
I only love her if her weave new
I’m still a hood nigga, what you want me to do?
Been hoppin’ out the BM with your BM
Taking her places that you can’t go with your per diem
Screamin’ carpe diem until I’m a dead poet
Robin Williams shit, I deserve a Golden Globe bitch!
I take a Ace in the meanwhile
You ain’t gotta keep this Khaled, it’s just a freestyle
Fuck rap money, I’ve made more off grapes
Fuck show money, I spent that on drapes
Close the curtains, fuck boy, out my face
I whip the coke, let the lawyer beat the case
Murder was the case that they gave me
I killed the Hermes store, somebody save me
Stuntin’ to the max like wavy, oh shit!
Oh, stuntin’ to the max, I’m so wavy
Used to shop at TJ Maxx back in ’83
I don’t even know if it was open then
I ain’t know Oprah then
Have the XL 80 bike
Loud motor, they be like, “Damn!” when I’m comin’ through, rrraaanngg
Had the grill in ’88, y’all niggas is late
You got all that, right?
I love this shit like my own daughter
Let’s spray these niggas, baby, just like daddy taught ya
Young, this is just different

From the album: God Forgives, I Don’t