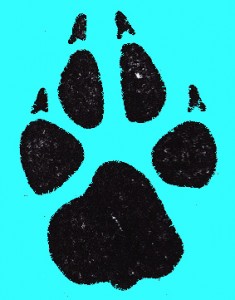 My dad had dual American and British citizenship. He was born in Detroit, Michigan to working class British parents but then moved back to England when he was five years old. When he turned 18, he was enlisted in the British Royal Navy where he served on the British Destroyer Virago during World War II and his ship was part of the fleet flanking the coast of Normandy Beach during D-Day. Because of his dual citizenship, after the war – he was awarded the GI Bill for serving in the allied forces as an American citizen and luckily not declaring his allegiance to the Queen of England. My dad used the GI Bill to spur an education that allowed him to go on to obtain a doctoral degree from the University of Texas at Austin. He then taught as a psychology professor at Southwestern University for 43 years and was able to take advantage of tuition exchange programs as a means to graduate three children from college, including myself, 100 percent student loan debt free. The United States of American and the state of Texas made an investment in my dad to give him opportunities that would have otherwise been unimaginable to a working class child of immigrants. These investments transformed his life and allowed him to spend his entire adulthood making a valuable contribution to society and doing in within the state of Texas. Furthermore, Southwestern University, seeing its faculty and staff as members of a community who make important contributions to a collective mission, provided programs to allow children of university employees to attend college virtually tuition free which allowed me to graduate from one of the most expensive schools in the state without a dime of debt to my name. These investments are not being made any more for the current generation of students. How can we look our children in the face, knowing that our grandparent’s generation and our parent’s generation made the decision to invest in their children’s future and after benefiting from that investment, instead of paying it forward to our kids we are selling our children’s future off to the highest bidder? We should be ashamed of ourselves. 144 of the 181 legislators who took part in the 82nd legislative session that cut close to $1 billion in higher education funding attended public universities and most of them in Texas. Texas made the type of investment in their future that allowed them to go on to become future leaders of this state. I wonder how many of them would have made it to where they are today if they had entered to workforce saddled with $26,600 in debt and had had to enter into a job market that boasts the greatest abundance of minimum wage jobs that this country has ever seen? I’m fed up and I’m looking for 649 signatures from people who want to take a stand with me to do right by the next generation of Texans and invest in all of their amazing talents and endless potential. I’m looking for 649 signatures to urge Texas to FUND OUR FUTURE and I’m looking for them by 11:00 am tomorrow morning. The movement to save quality, affordable public higher education in Texas is just a click away and you are more than welcome to be a part of it. #TeamPancho