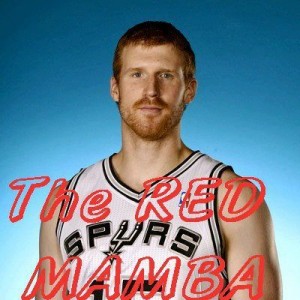 Last night the #BlackAndSilver held strong on their home court defeating the LA Lakers again 102 to 91. Even though the Lakers injury problems just seem to keep getting worse, we shouldn’t feel sorry for them (they have had more than their fair share of good luck over the years) nor should be write them off; they’re still dangerous. Game 2 was a much more focused, dominant performance with several players deciding to join Timmy and Manu by rounding into playoff form. Tony looked dominant for the first time since coming back from injury, and Kawhi showed glimpses of being the second-coming of James Worthy in transition. If Kawhi keeps progressing with his ability to run the one man fast break, he will add a dynamic to our attack that could serve invaluable as the playoffs progress. However, the player of the game for me was the Red Rocket himself, Matt Bonner. Matty B. played his ass off on defense and was able to get Dwight Howard a little flustered. Whether is was because of Bonner’s peskiness or not, it was clearly evident that Howard checked out of the game mentally half way through the fourth quarter. Bonner also hit clutch threes which is crucial for us to have a shot at making a run this year. Bonner’s jumper has seemed to stop falling under the pressure of the playoff lights in passed years and with Boris Diaw injured and Steven Jackson exiled, it is critical that Matty can stretch the floor by draining threes. Keep it up, Bonner! #RedMamba #LetBonnerShoot