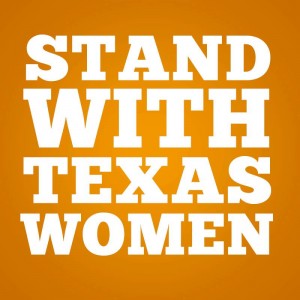 Body in NYC, heart with @WendyDavisTexas today as she stands up for women on the #txlege senate floor. Thank you Wendy! #SB5

This is what a governor looks like. @WendyDavisTexas #SB5 #txlege

@TexasTribune stream of the #SB5 debate has more than 100K viewers. It's now beating Chelsea Lately in the ratings. #Boom #StandWithWendy

@leticiavdp just had the greatest "drop the mic" walk off in the history of Texas politics. #StandWithWendy

It's 12:30 in Texas and there is STILL confusion about what happened with the #SB5 vote

Reboot. In solidarity with Kill the Bill – Volume 2. Get on the bus. http://t.co/I3hxojevYQ #StandWithWendy

Our future, our Texas, we will occupy our home. Listening to @WendyDavisTexas at the Texas State Capitol. #StandWithTxWomen

Governor Rick Perry announced today that he will not seek a fourth full term as governor of Texas. #TX will have new leadership. #2014

"Man, this Perry announcement is a little self-indulgent." – LeBron James

A little bummed that I don't get to make the follow up next year, though. http://t.co/cG2LkQm7Il #GovPerry #FlyInTheOintment

To protesters at the #SWTW rally last night, help work on this first http://t.co/CooeggJaU2 before you throw morality in my face. #NewRules

Working on infant mortality is more pro-life than legislating morality. #NailedIt Get me some poster board and a Sharpie. #SWTW #NewRules

When politicians try to get in the way of a woman and her doctor, it's time to #StandWithWomen. http://t.co/xNIq0L78gO

#StandWithTexasWomen ."Battle was lost last night, but the war continues" . Beware of TxWomen because a wounded lioness is very dangerous.