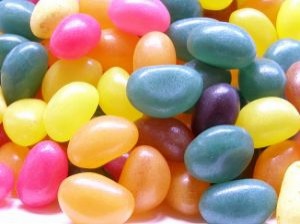 Friends S1:E4 – Hey there boys and girls, it’s your favorite gainfully employed writer, Kenny Adams back at your service for another installment of your favorite blogger’s favorite blog series. I hope that you had a good week and I’m really glad that you remembered to find a couple of minutes to squeeze me in to your busy schedule today because I’ve got quite a pita pocket of entertainment bliss to offer you in this our fourth week together. YES! I just realized something. I’ve made it one month into this project and I haven’t gotten fired or Bill Simmonsed yet. Congratulations are in order…oh wait. On second thought, never mind. This is the fourth Monday but since the series started on a Monday, that means I’ve only made it three weeks into the project…not four. Dude, I’m only three weeks into this project? That means that there are still 447 weeks until May 6th, 2024 when I will finally be free of this ridiculous commitment that my editor is forcing me to honor. I think I want to cry. On second thought, maybe getting fired or suspended wouldn’t be such a bad thing. In that case, perhaps talking smack about beloved childhood fairy tale character Jack from Jack and the Beanstalk is an offense that can do the trick (pun very much intended). Let me explain.

So in prepping for this blog post last night, my research took me down the internet’s rabbit hole again where I ended up getting reacquainted with a story from my childhood. Do you remember that fairy tale Jack and the Beanstalk? Of course you do. Everyone remembers reading it or hearing it as a kid, right? Indubitably! But how often have you thought about it as an adult? I realized today that since entering into adulthood, I hadn’t spent any measurable amount of time thinking about this story until last night and I must say, I am shaken to my very core. Here’s why. Jack trades his mother’s milk cow for some magic beans, a beanstalk grows, Jack climbs it and what follows would make Charles Manson blush. If you read the story objectively, it is safe to say that you would conclude that Jack is much more of an anti-hero than a hero. I know that Jack and his momma are poor and all, but did you ever stop to think about the fact that Jack was a sadistic little thief and murderer? In the moralized versions of the fairy tale that most of us knew as kids, the giant is made out to be evil in order to justify Jack’s actions. But lets just keep it real for a moment. Even if we accept the premise that the giant is evil, it does not excuse Jack’s behavior. Jack repeatedly steals from the giant and then cuts down the beanstalk as the giant is climbing down it causing him to fall to his death? That’s some cold-blooded gangsta ish. And we, as children, were meant to celebrate this character as a hero? Put this kid Jack in any other scenario (other than a fairy tale) and the next chapter in the story is probably that this little criminal subsequently goes and spends some serious time in the clink. Of course in fairy tale land, I imagine the trial went something like this…

Jack’s Defense Lawyer: Yes, your honor…my client did indeed take all of this giant’s gold and other valuables and eventually murder him, but that’s okay. He did it because he and his mother are poor and the giant didn’t deserve to keep his possessions or his life anyway because…well, you know, everyone says he was kind of a dick. I mean, “Fee-fi-fo-fum,” what’s that all about, anyway?

The Judge: Huh, you really are making an important point. It’s only robbery and murder when the victim isn’t a giant dick. Not guilty!

Unless we as a society want to re-imagine the Jack and the Beanstalk story in the context of portraying the giant as some sort of oppressive dictator and Jack as a revolutionary warrior who resorts to Robin Hood-esque thievery to feed the hungry and ultimately violence to free his people only after he had exhausted all of his other options, it is hard to argue a case for Jack as a sympathetic character or a hero. Anyway, I digress. Doing Friends research on the internet leads me down these rabbit holes that seem to suck me in every time. In case you are wondering, there is a connection between Jack and the Beanstalk and today’s episode of Friends. Hopefully, it should become clear in the recap that follows.

Recap in the Key of Phoebe – This is the one where Rachel panics about her lifestyle change after receiving her first Central Perk pay check and running in to some of her friends from her former life of opulence, Ross laments the anniversary of his first time with Carol, Monica obsesses over George Stephanopoulos when a pizza delivery boy accidentally brings the girls his pizza, Joey and Chandler take Ross to a hockey game and then a hospital when he gets hit in the nose with a puck, and Rachel comes to the conclusion that she’s going to be okay because of her “magic beans.”

Chan Man Quip of the Week – [The Setup] Joey and Chandler have just brought Ross the hospital and are trying to get the attention of a receptionist who is having a telephone conversation that she can’t be bothered to turn away from. She holds up her hand to signal for them to wait a moment and as if to suggest that it is an important conversation. The guys listen in only to hear her say while looking down at a candy bar, “It says to call this number if you’re not completely satisfied with this candy bar. Well, I’m not completely satisfied.” [The Knockout] An exasperated Chandler butts in, “Listen, it’s kind of an emergency. Well, I guess you know that, or we’d be in the Predicament Room.”

Subscribe to this author's posts feed via RSS
In category: Friends 20/20, Pop Culture
Tags:Friends , George Stephanopoulos , Jack and the Beanstalk