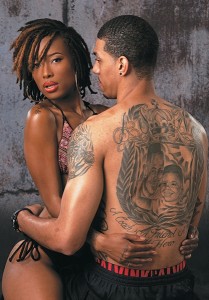 What’s Up? – As my good friend and bombastic pop culture writer, Ken Adams, might say: howdy boys and girls. Welcome to the third installment of the Black & Silver blog series. I’m thrilled to be embarking on yet another San Antonio Spurs playoff run with all of you, the loyal readers. What an exciting time. It’s spring, it’s Fiesta back home in San Antonio, and the Spurs are defending an NBA Championship. I love this time of year in San Antonio. Unfortunately, I will be observing the show from afar this time around. About a month after the Spurs won the title last summer, my wife and I moved to Denver, Colorado. Geography, however, has not deterred me from continuing to be one of the biggest Spurs fans on the planet and over the next couple of months, I intend to prove it to you. So lets get right down to business. First things first. I know. I know, I know, I know. I feel terrible, but yes…as of the writing of this first post in the third edition of Black & Silver, Sixteen Down is still incomplete. While it would be easy for me to make excuses for not finishing the sequel before starting the third leg of a trilogy (and while you can probably make a guess at sizing up the colossal challenge to finishing such a piece given last year’s theme), I’m not going to make excuses. Let me just say that Sixteen Down has been worked on all year long. It is already close to 10,000 words and in a nutshell… it is my blogging masterpiece so I don’t want to publish the final version until it is perfect. You have my solemn word, though, that I will complete it during the course of this playoff run and you will not be disappointed despite the obnoxiously long wait.

Now that that is out of the way, I wish I could turn to breaking down the Spurs first playoff victory of 2015 but unfortunately, that was put off (for at least a couple of days) by an impressive showing by the artists formerly known as Lob City. On Sunday night (practically Monday morning on the east coast), the Los Angeles Clippers shellacked the San Antonio Spurs 107-92 at the Staples Center in L.A. While the Clippers punched us squarely in the nose in Game 1 of this “first round” series, there is absolutely no reason to panic. After dropping the last game of the regular season to a desperate New Orleans Pelicans team and falling from the 2nd seed to the 6th seed in the Western Conference, we knew that this series was going to be a dog fight. My takeaway from Game 1 was that L.A. played about as well as they could possibly play and we played about as poorly as we could possible play. If the Spurs had made half of the wide open jump shots and free throws that we missed on Sunday night, it would have been a completely different ball game. More importantly to the trajectory of this series, Chris Paul, Blake Griffin and the rest of the Clippers top 6 players had to expend a noticeably excessive amount of energy during the game in order to play at that level. It was to the point that Chris Paul could barely stay on his feet as the final buzzer sounded. Are the Clippers top 6 players good enough to beat the Spurs on any given night? Absolutely. We just witnessed the evidence of that. Are the Clippers top 6 players physically capable of expending the energy it will take to beat the Spurs four times in two weeks? I hate to break it to our good friends in La La Land, but probably not. In other words, I wouldn’t bet on it. The difference in this series will prove to be the Spurs’ depth. The Spurs are twelve deep and the Clippers are only six deep and boast one of the worst benches in NBA history (I’ll save my Austin Rivers jokes for later in the series). If the NBA still had the best-of-five format for the first round, I would be much more worried about our chances in this series. But asking 6 players to play roughly 280 minutes of playoff basketball at the level it would take to eliminate the defending champions is probably too tall of an order. So, in a nutshell, I still like our chances.

The player of the game was Kawhi Leonard. While less than spectacular given his recent heroics, Kawhi put together an efficient 18 points (7-12 shooting), 6 rebounds, 4 steals, and 3 assists. If the #BlackAndSilver can come out with a sense of urgency and a little bit of desperation and channel it into a playoff road win tonight in Game 2, all of the pressure in the series will shift to the Clippers. I fully expect this to happen and I fully expect that pressure to be more than the fragile albeit talented team from Los Angeles is capable of handling. There is no question, however, that because the Spurs are going to have to potentially win three straight road series in order to make a third straight trip to the NBA Finals, there are going to be moments of panic and moments of doubt for Spurs fans. In those moments and throughout this playoff run, I want you to keep the following quote in your mind, your heart, your soul…

Don’t ever underestimate the heart of a champion. – Rudy Tomjanovich (Coach of the 1995 6th seeded defending NBA champions)

History sometimes has a funny way of repeating itself. I’m looking forward to the journey to see if this is one of those times. Ready or not, here I come.