The House of No Imagination 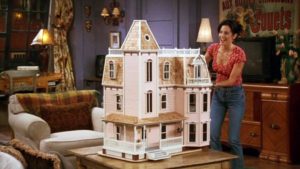 Friends S3:E20 – Good day, gals and guys. How’s everyone living out there on this beautiful afternoon? Holy moly, I hope the weather is as nice where you are as it is here (in my undisclosed location). Don’t you just love Spring? Where is my undisclosed location? Let’s just say I’m on the road again and on assignment for a super secret surprise project. Therefore, (you know what’s coming next) it is with my deepest regret I must inform you that I will be mailing in today’s submission to Friends 20/20 aka The Greatest Blog Series About the Greatest Show on Earth (Not the Circus…RIP, the Circus). Sorry, I would love to spend the next several hours waxing poetic about Ross’s naiveté when it comes to the domestic affairs of our federal government. (Yes. I’m still mad at you for cheating on Rachel, Ross.). Could he have been any more aloof when he proclaimed to Phoebe, “Wait a minute, the house was built on radioactive waste, and an ancient Indian burial ground? That would never happen.” In response, Phoebe shrewdly pointed out to Ross, “Obviously you don’t know much about the U.S. government.” (Or being faithful to your girlfriend, for that matter.). Man, I could write 500 words on this interaction alone…but, luckily for the Rossatron, I lack both the time and the extensibility to elaborate. So hey, that being the case, here’s an idea. Not wanting to deny you the opportunity to immerse yourself in the thorough, in-depth Friends analyses you’re accustomed to just because my day is too hectic to provide it, I’ve thought up a little experiment we should try. How about if you take the reins this week? That’s right. Be the blogger you want to see in the world. Below, I’m providing you with a blank sheet of yellow loose leaf paper. I want you to grab a pen and start thinking about the most witty and incisive things that you can think of to say about today’s episode and start jotting those thoughts down on the provided paper. When you’re done, put your part of the blog entry together with my part of the blog entry, shake well, and voilà…we will have today’s completed blog post! Oh man, this is going to be so much fun. It’s like the blogging equivalent of Choose Your Own Adventure. Hey, if you want to talk about tonight’s NCAA National Championship Game between Gonzaga and North Carolina and which team you think is most deserving of the title…it’s your call. If you want to talk about Joey’s crush on Kate and how frustrating it is that she would rather be with that pretentious tool of a director, Marshall than with Joey…more power to you. Whatever you decide you want to talk about is completely up to you. Everything is fair game (just as long as you don’t choose to spend your page writing a Letter to the Editor complaining about how Ken Adams isn’t giving you your Friends 20/20 money’s worth). So write to your heart’s content. Write to make this the greatest post in the history of this historic blog series. I want you to channel your inner-Phoebe and find the creativity in you to write like the lives of a giant dog and a ghost depend on it. Use your imagination. In fact, write like you’re using your words to build your very own personal response to the House of No Imagination. And for those of you who were wondering, yes. This will be graded and it will count for twenty percent of your final grade. Good luck and godspeed. Your time begins now… 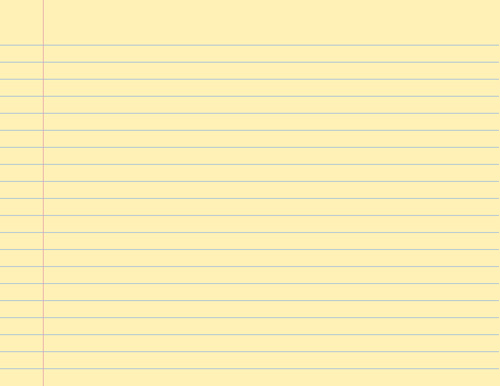 Recap in the Key of Phoebe – This is the one where Monica finds out she’s inherited a dollhouse when she learns about the death of Ross and her Aunt Silvia, Rachel convinces Chandler to date her boss after Joanna becomes smitten with Chandler during a chance encounter, Joey finally sleeps with his co-star Kate only to discover that the hook up meant more to him than it did to her, Phoebe designs and builds her own dollhouse because Monica didn’t like or allow Phoebe’s creative additions to Aunt Silvia’s dollhouse, and Ross puts out a fire that destroys Phoebe’s dollhouse after the Aroma Room proved to be a dangerous part of Phoebe’s plan to upstage Monica and The House of No Imagination.

Chan Man Quip of the Week – [The Setup] Rachel and Chandler are at Rachel’s office after having gone out to lunch together. Chandler is flipping through a lingerie catalog when Rachel’s boss Joanna walks into the office. Joanna calls out, “Rachel, I need the Versachi invoice…” before realizing that Rachel has company. Directing her attention to Chandler, Joanna continues, “Hello. You don’t work for me.” Rachel jumps in to provide a proper introduction by interjecting, “Joanna, this is my friend Chandler Bing.” Then turning to Chandler, “Joanna.” Instantly smitten, Joanna compliments Chandler, “Bing. That’s a great name.” [The Knockout] Chandler accepts her praise by sarcastically replying, “Thanks, it’s ah, Gaelic, for ‘Thy turkey’s done.’”