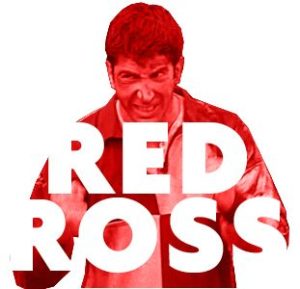 Friends S4:E15 – Howdy, FRIENDS NATION. How is everyone feeling this fine Monday evening? To put it another way… what’s good with it? A lot has happened since our last convening. Sadly, right in the middle of our break (and on Valentine’s Day, of all days) there was another school shooting. My heart goes out the families and friends of the victims. That being said, it is maddening to me how many times we’ve had to discuss this topic in the three and a half years of our Friends 20/20 run. As frustrating as it’s been to have this happen over and over again while our elected officials continue to obstinately do nothing to intervene other than offer “thoughts and prayers,” this time genuinely does feel different. Right? ‪The reason that things feel different this time is the remarkable students of Stoneman Douglas High School. These students are demonstrating how we the people are the solution to our broken democracy. I’m inspired by their poise under the weight of unspeakable grief. I’m inspired by their fearless push for change. And I believe that they will win. I mean, while our president (the very same president, mind you, who dodged Vietnam because his feet hurt) is making asinine statements today about how he would have gone in and stopped the gunman, these Stoneman Douglas students are showing REAL leadership. They are demonstrating that our elected officials work for us and if they continue to refuse to do their jobs, the #NeverAgain movement will gladly find someone who will to replace them during Election 2018. My favorite thing today? Emma Gonzales now has more Twitter followers than the NRA. You like apples, Wayne LaPierre? How you like dem apples? Keep it up, students of Stoneman Douglas! Our future is bright because our future is you.

Moving into today’s episode (these are hard transitions to make on weeks like this but the show must go on), I’m happy to report that we’ve got quite a humdinger. There is so much at play in this jam-packed episode. Take Monica’s storyline, for example. From taking time to soak in the variety of Monica’s childlike drawings that she made to cover holes in the wall to noticing the choice work of fiction, Like a Hole in the Head by Jen Banbury, that Monica is reading when Rachel comes home and discovers Monica’s art collection…um, I mean art diversion, it’s clear that our most neurotic Geller is giving us plenty to unpack. Not to be outdone, Chandler super-sizes the hilarity by running into Janice, getting back together with her, realizing that he can’t stand her again, and faking a move to Yemen (of all places) in an effort to rid himself of her without having to break up with her again. This is classic Chan Man comedy. Last but certainly not least is our other favorite Geller revealing to the world his alter ego, Red Ross. Not only is Ross turning into a super hero so intoxicating he could give Black Panther a run for his money at the box office right now, but it also triggers a Gandalf Gaffe of epic proportions.

I encourage you to keep reading to find out more about today’s Double G but alas, we have come to the point in class that all of you have been dreading and some of you have hoping I would have forgotten all about coming off of our two-week break. Sorry, girls and boys. This Friends 20/20 instructor didn’t start blogging yesterday. Please pass your homework to the front. Remember, I warned you that in exchange for getting out of class early on February 5th, I expected a thorough defense of your choices for the Top Ten Greatest Actors Who Made a FRIENDS Cameo. These submissions will be graded with the highest of scrutiny, so good luck to all. And now that all of the homework papers have been collected, and since the Academy Awards are next Sunday, I will leave you today by allowing you to view my instructor’s key for the homework assignment and the criteria that I used to make my very own Top Ten list. You will find my list immediately below this text and as you can see, individual achievement at the Academy Awards factored very heavily into how I came up with my list of the greatest actors to make a cameo on FRIENDS. So there you have it, my Friends 20/20 fam. We’re off again for two more weeks. Enjoy the break and enjoy the Oscars. More importantly, support the heroic efforts of the Stoneman Douglas students and mark your calendar to make your voice heard on March 24th by attending the March for Our Lives event in your community. Late.

Top Ten Greatest Actors Who Made a FRIENDS Cameo

Recap in the Key of Phoebe – This is the one where Ross agrees to play rugby with some of Emily’s mates from back home in England, Monica puts numerous holes in the wall of her and Rachel’s new apartment when she can’t figure out what a light switch does, Chandler gets back together with Janus but immediately decides to break up with her by pretending to move to Yemen, Rachel gets angry with Monica for obsessing about the light switch, Joey and Phoebe go to support Ross in his rugby match, and Ross is able to inflict some serious damage on his more experienced rugby competitors by turning into Red Ross.

Gandalf Gaffes – Heyo! We’re back with another Double G for you to digest. (Cue Biggie voice: Uh…and another one.) Today’s gaffe comes straight outta the mouth of our hero, Red Ross. While preparing for his rugby match, Ross is contemplating how he is going to summon the necessary aggression to compete with his more seasoned opponents. What dawns on him is to reference something so egregiously gaffey, it sets up to be a stratospheric penalty. In order to summon the necessary aggression he needs to compete with his more seasoned opponents, Ross tells Joey he needs to transform into his alter ego, the aforementioned Red Ross. When Joey can’t remember what he’s talking about, Ross says, “Come on! The time we were all waiting in line for Dances With Wolves and that one guy cut in line in front of us and I just lost it?! Screamed at him! Turned all red! Red Ross!” Alright, stop. Collaborate and listen…THIS IS IMPOSSIBLE. You see, Dances With Wolves was released and in theaters in 1990. Why, you ask, is that important? Well, my young padawans, Friends S3:E6, The One With The Flashback establishes that Ross and Joey first met one year before the beginning of the series when Joey moved in to be Chandler’s roommate. Since we know that the beginning of FRIENDS takes place in 1994, we can say with certainty that the earliest Ross and Joey met was sometime in 1993 therefore it is impossible that thee first time that Ross transformed into Red Ross would have been while they were standing in line together to watch Dances With Wolves in 1990. Game. Set. Match. Considering that it is astronomically unlikely that this gaffe could reasonably be explained away by arguing that, in fact, it took place after 1993 because they were at a theatrical re-release of DWW within five years of its first release, I’m ruling that this is a level three infraction. Calm down, Red Ross. That’s the way the cookie crumbles.

Gandalf Gaffe #18: While getting ready for his rugby match, Ross suggests the establishment of Red Ross as being “the time we were all waiting in line for Dances With Wolves and that one guy cut in line in front of us and I just lost it.” However, Dances With Wolves was released and in theaters in 1990. Therefore, it would have been impossible for Ross, Joey, and the gang to be standing in line waiting to see it when it was clearly established in Friends S3:E6, The One With The Flashback that Joey and Ross first met in 1993 (when Joey first moved in to be Chandler’s roommate).

Chan Man Quip of the Week – [The Setup] Chandler and Janice are at Central Perk where Chandler is about to attempt his “preemptive strike” break up. It is apparent Janice has put Chandler on edge with her annoying habits when after she observes, “oh boy, I just love to sing,” Chandler responds, “Yes, I-I know that you do, but I think one of the reasons people were complaining though, was that they paid to hear the actor sing Old Man River.” Ignoring him in a laughable state of obliviousness, Janice continues, “Oh, look at us! Who would’ve thought that Cupid had a station at 14th Street Nails.” (She immediately backs this statement up with her annoying laugh.) Horrified, Chandler responds, “Okay, we have to talk. I’m just getting out of a very serious relationship.” Cutting him off, Janice interjects, “I know! And I’m just getting out of a marriage, I mean talk about meant to be!” Powering right through the interruption, Chandler continues, “Right! I just think that this is happening too soon.” Equally undeterred, Janice responds, “Oh, too soon, too schmoon. Face it honey, I am not letting you get away this time.” Thinking on his feet, Chandler shifts the trajectory of the conversation by saying, “I hear ya. But! Unfortunately, my company is transferring me overseas!” Both surprised and intrigued by the prospect, Janice responds, “Oh no! Where to? Too Paris?” Sensing her excitement about Paris, Chandler answers, “No! No! Not, Paris” Janice continues quizzing him, “Too London? No-no, Rome? Vienna? Ooh-ooh, Barcelona?” Knowing he needs to think of somewhere less exotic and not being able to think over her incessant questions, Chandler says, “Okay, could you just stop talking for a second? Yemen. That’s right, yes, I’m being transferred to Yemen!” Finally looking disappointed in the way that Chandler was hoping for, Janice asks, “When?” Letting his guard down momentarily following the W, Chandler answers, “I don’t know exactly.” Lifted by a glimmer of hope, Janice informs him, “Ugh, well I will just have to soak up every once of Chandler Bing until that moment comes.” [The Knockout] Back on high alert and hoping to nip this in the bud once and for all, Chandler tells her, “But I do know that it’s some time tomorrow.”