It’s What Grown-Ups Do 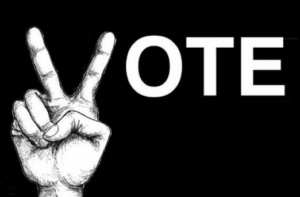 Friends S5:E6 – Greetings, Friendinistas. I hope Week 94 of The Resistance finds you well. To start, let me state the obvious. This post is going to be a ? Grade-A Mail-In Special. If you have to ask why, you probably haven’t been paying close enough attention to your favorite pop culture blog series since this happened. While writing that now infamous post, we made the decision to soldier on with this project under the philosophy that part of how we #resist is by maintaining a sense of normalcy. (In other words, had theLeftAhead abandoned Friends 20/20 after Election 2016 in order to instead cover Donald Trump full-time, we would’ve been playing into his hands since publicity, good, bad, or otherwise, is central to his grip on power. While many, many news outlets and blog sites believe with good intention that reporting on every horrible thing he does every single day is a dutiful form of resistance, in our opinion, a much more effective form of resistance and way of diffusing Donald Trump’s power is to intentionally turn attention away from the circus that is his presidency at times and instead, maintain a grip on what normalcy was prior to Trump’s America.) So, yes. For us, soldiering on with Friends 20/20 was the right decision. Not foreseen at the time but a byproduct that’s been a pleasant surprise is that this blog series has gotten more political since Election 2016 because (by making the decision to continue the series) we simply don’t have the manpower to adequately equip theLeftAhead with the necessary amount of political content to hold Trump accountable on all of the big stuff (not speaking here about the daily minutia of reprehensible behavior but things like Charlottesville, the massive transfer of wealth to the one percent through the GOP tax bill, the siding with Putin over our own intelligence agencies, Kavanaugh, babies in cages). So, since we don’t always have the manpower to cover this stuff otherwise at theLeftAhead, Friends 20/20 has become a greater political forum by default. Having said all of that (to summarize, continuing the blog series was the right decision), today is one of those days where not just me – but all of us – have something more important to be focused on than Friends 20/20. Namely, compelling people to vote. We get the elected officials we deserve. Our fellow American citizens who believe in conservatism enough to sell their souls to the devil by aligning with the values that Donald Trump represents are planning to show up at the polls tomorrow. On their side, they show up to vote because they believe that it’s what grown-ups do. (Now rationalizing a reason to condone Donald Trump’s behavior isn’t what grown-ups do but that’s a different conversation.) The good news? They are a vastly outnumbered minority. Most Americans still believe in decency, and tolerance, and holding our leaders accountable to the rule of law. Most Americans want universal health care, and want to reverse climate change for future generations, and believe in holding corporate power in check, and think our current levels of wealth and income inequality are a moral dilemma. Here’s the kicker. The vast, vast majority of younger eligible voters believe these things. Our job is to make sure that the vast, vast majority of us (particularly young voters) believe that we must vote because it’s what grown-ups do. If we turn the corner on our collective thinking about our civic duty (we mobilize the youth vote, outwork the other side at GOTV, and operate with the mindset that we must ALL vote because it’s what grown-ups do), we might begin to reverse the erosion of our democracy and start restoring dignity in our government. We might even elect some leaders who believe in the things that most of us believe in. We get the elected officials we deserve. If we all show up tomorrow and VOTE, we might just deserve to get elected officials like this…

Recap in the Key of Phoebe – This is the one where Emily asks Ross to sell all of his furniture and then move out of his apartment so she won’t be subjected to Rachel cooties upon moving to New York, Phoebe’s birth mom gives her a fur coat made from mink as a family heirloom that disgusts her at first before she decides it looks good on her, Chandler accidentally almost makes Phoebe woke about child labor abuses in Third World countries, Rachel fogs her new neighbor Danny in the storage room and then begins developing a love/hate relationship with him, Monica unconditionally forgives Rachel for also fogging her during the Danny storage room incident, Joey can’t control his emotions (because he’s an actor) and tells Ross how much he hates Emily’s unreasonable requests, and Ross ultimately breaks up with Emily because when one is in a relationship with a partner that is that controlling and untrusting, it’s what grown-ups do.

Ugly Naked Guy Watch – Thinking that it is their last time having dinner all together (because Emily has forbidden Ross to see Rachel once she moves to New York), the gang serendipitously sees Ugly Naked Guy through the window again for the first time after a long period of not seeing him.

Chan Man Quip of the Week – [The Setup] Joey, Chandler, Monica and Phoebe are at Central Perk when Ross enters holding a flyer that he wants to post inside the coffee shop. While attempting to do so, he says “hey” to there rest of the gang. Noticing what Ross is doing, Gunther approaches him and says, “Oh, Ross. Ross! You can’t put up flyers in here.” Caught off guard, Ross responds, “How come? Everybody else does.” Gunther matter-of-factly responds, “you can’t” in a way that clearly demonstrates his biased against one of Rachel’s ex-boyfriends. Before Ross can protest, Monica asks, “What is that?” His attention successfully diverted, Ross turns to Monica and answers, “Oh, umm, I’m just getting rid of a couple of things.” Monica looks at the flyer and observes, “This is all of your things.” Putting on a brave face, Ross responds, “Yes, yes it is! No, but it’s good it’s—Emily thinks we should get all new stuff. Stuff that’s just ours, together. Ya know, brand new.” Monica counters, “So basically, this is a getting-rid-of-everything-Rachel-ever-used sale.” Agreeing, Ross continues, “Touched. Used. Sat on. Slept on.” Still hovering near the conversation, Gunther interrupts by informing Ross, “I’ll take it all.” Moving right past the stalker-alert implications of Gunther’s offer, Joey asks Ross, “Hey, Ross, you’re okay with that?” Ross answers, “Look, if I can just do what Emily wants and get her to New York, I’m sure everything will be fine.” Chandler follows up with, “Okay, but don’t you think this is a little extreme?” Ross suggests, “After what I did? Can you blame her?” Phoebe validates Ross by offering, “Oh my God! You got off easy! When my friend Silvie’s husband said someone else’s name in bed, she cursed him and turned his thingy green.” Hearing this, Ross makes a b-line for the restroom. After he leaves, a frustrated Joey asks, “What is he doing? What, Emily, thinks Ross’s furniture has got Rachel coodies?” Monica interjects, “Now calm down Joey.” Joey does not relent, however, continuing, “No! Everything’s gettin’ all messed up, y’know? Emily won’t let Ross see Rachel, we’re not gonna stop seeing Rachel, hence Ross stops seeing us!” Phoebe concurs, “Oh, I hate this. Everything’s changing.” [The Knockout] Clearly more concerned with taking a sarcastic shot than he is about the implications of the Ross-Emily-Rachel situation, Chandler piles on, “Yeah I know, we’re losing Ross, Joey said hence.”