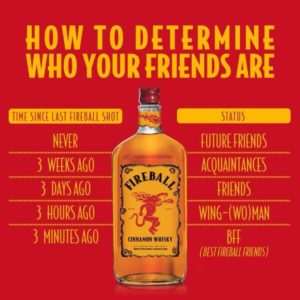 Friends S5:E10 – Howdy, Friendsters. Welcome, welcome, welcome to our last post of 2018! So, I’ve had a frustrating day. Being as it’s eight days until Christmas, I decided to brave the insanity and go to the post office to send all of the Christmas gifts that I needed to send to my extended family. The line to mail packages was literally out of the post office door and I spent a miserable hour and a half (that felt like a week and a half) waiting in line to send my packages. Being as how I have a deadline today to get this column written and posted, you might be able to guess where this story is headed. That’s right, girls and boys. You guessed it. In honor of the madness that is the post office during the holidays, I’m declaring this post as a ? percent certified MAIL-IN SPECIAL. I mean, after all, I still need to pack for my vacation and like Bette Midler in that movie I’ve never seen and have no idea what it’s about, right now, my priority is Beaches. I am t-minus 12 hours from being in one of my notorious undisclosed locations with my toes in the sand, the sun shining in my face, and a fruity umbrella drink in my hand.

One thing I must mention before we end the semester is… What’s that? No, Susie. There won’t be a final exam this semester. Class, you are off the hook. Why won’t there be a final exam? Susie, didn’t you just hear my Bette Midler story? I suppose you think I should’ve come prepared to give you a final exam with essay questions, huh? I’d be careful if I were you, Susie, or as we just saw last week when we covered the My Sandwich episode, you are going to develop a reputation with you classmates as a Teacher’s Pet a la Monica Geller. Just some FRIENDly advice. As I was saying, one thing I must mention before we go on break is how completely bizarre I found the storyline of Danny’s inappropriate relationship with his sister. Could that have been any weirder? How does the FRIENDS writer’s room come up with some of this stuff? I hope there wasn’t a writer drawing upon personal experience here but, given the evidence, I fear that the contrary. SPOILER ALERT: this is not the only time that the writer’s ask the audience to grapple with an incestuous storyline. We will be covering this uncomfortable topic again in Season 7 and I’m sorry to report, next time it will hit much closer to home (eh…Ross Geller). Speaking of Ross, his beef with Chandler in this episode is hilarious. Especially considering that Joey is caught in the middle. I picture Ross thinking in his own mind that by helping Joey write a play, he will eventually be showered with a hero’s praise. I picture him envisioning Joey winning a Tony for the project and singing the wonders that are Dr. Ross Geller during his acceptance speech. You can almost hear, “You are the wind beneath my wings playing in Ross’s head as he is “selflessly” creating and enforcing Joey’s writing schedule. Speaking of wings, I better wrap this MAIL-IN SPECIAL up because, as you all know, I have a plane to catch. Happy, happy holidays to you and yours. I look forward to seeing you all back here in January when we resume class for the year of our Lord, 2019. Catch you on that next.

Recap in the Key of Phoebe – This is the one where Joey is desperate for acting work, Ross is bored out of his mind after being placed on sabbatical so he offers to help Joey create his own career opportunity by coaching him to write a play that he can star in, Chandler interferes in Ross’s plan when he helps Joey co-create Fireball while Joey is procrastinating from keeping to his writing schedule, Rachel continues to play games with Danny by pretending not to be interested in him, Monica gets fed up with Rachel’s childish dating tactics and bluntly asks Danny out on a date with Rachel, Phoebe lands a Christmastime gig ringing a bell to collect charity donations outside of department stores, and Joey squashes the beef between Ross and Chandler by writing a script where they apologize to each other on the same day that he writes the rules for Ultimate Fireball.

Gandalf Gaffes – Today we have the rare same-episode Double G. It occurs after Chandler and Joey finish playing Fireball in their apartment. Chandler is worried about not getting their security deposit back because of Fireball and Joey counters that their security deposit was already lost when they invented hammer darts. Realizing this, Chandler asks Joey if he remembers what part of the wall they had repaired without spackle. Joey shows him by lightly punching an area on their kitchen wall with his fist which, devoid of spackle, causes him to accidentally punch a hole in the wall. Now, here is where things get interesting. When Ross returns to the apartment later that day to check on Joey’s writing assignment, the kitchen wall is miraculously repaired. While it’s entirely plausible that Joey, who we know is pretty handy, would’ve immediately started repairing the hole he had caused, it is not plausible that there would not be signs of undried spackle or wet paint on the very same day that the repairs occurred. In other words, it is impossible for a wall to be returned to “mint” condition on the same day that a hole was punched in it. While this gaffe was either a lack of attention to detail or an oversight on the part of the FRIENDS set crew, since it doesn’t have any affect on the larger storyline of the show, I’m ruling it as a level one infraction.

Gandalf Gaffe #25: After Joey and Chandler create Fireball, Joey punches a hole in the wall in their kitchen to show Chandler where they had covered up a hammer darts incident without spackle. When Ross returns later that day to review Joey’s writing assignment the kitchen wall is completely back to normal without any sign of the damage Joey created.

Chan Man Quip of the Week – [The Setup] Ross is at Joey and Chandler’s apartment when Chandler comes home. Still fuming about Ross trying to control Joey’s life and for him tearing up everyone’s Rangers tickets to last night’s game because Joey hadn’t finished his three pages, Chandler informs Ross, “Oh hey! There’s some kids playing in the street, you wanna go down there and give them a project, ruin their day?” Equally still angry with Chandler for distracting Joey from his project with Fireball, Ross fires back, “Hey, if they have a ball maybe you can stick razor blades in it and teach them a new game, Gonna Need Stitches Ball.” Joey comes home and excitedly informs them, “Hey guys! I was at the library all morning and I already finished my five pages for today!” Ross congratulates him with a reaffirming, “Yay!” [The Knockout] Mustering all of the bitterness he can summon, Chandler unloads with, “Great! Now, we can go to the Ranger game…last night!”