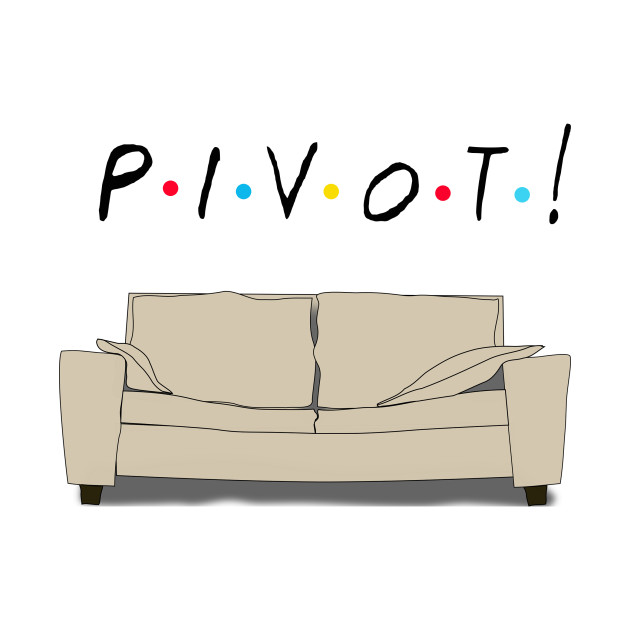 Friends S5:E16 – Heyo, heyo, it’s off to Perk we go. What is good loyal readers? Welcome, welcome, welcome to the last post before the first Friends 20/20 post written in Europe. That’s right. If you remember our discussion last week, you might recall me reporting that exactly two weeks from tomorrow…I’ll be leaving on a jet plane for London, Baby! (And if #Brexit is a disaster on March 29th – the day my wife and I fly from Rome to London, I don’t know when I’ll be back again.) That’s right, girls and boys…our little experiment of blogging every FRIENDS episode on the 20th anniversary of its airing just got interesting. Uncle Kenny will be taking the challenge to another level while my wife and I take a few weeks to explore the other side of the pond. As I reported last week, luckily there will only be one episode to blog from Europe (March 18th) and I know I’m up for the challenge. After all, if I’m already this fired up, I know I’ll be operating on pure adrenaline during the trip. I have complete confidence that Europe won’t be the downfall of our experiment. If anything, writing a Friends 20/20 post on a train between Paris and Munich will easier than writing one in theLeftAhead office while enduring the monotony of my everyday routine. I can only imagine the creative energy that will be flowing from my fingertips as I type our next post the day after going to the Louvre. Damn, the Louvre. Could this European tour be any sweeter? With stops in London, Paris, Munich, Venice, Naples, Bari, and Rome, I’m so excited…I simply can’t wait to get in my map! So without further adieu, what do you say we get today’s episode analyzed and recapped so I can post it and then PIVOT into International Man of Mystery-mode? Can you tell that I’m ready to get my Austin Powers on? All of this talk about Europe has got me like…I’ve got my mojo back, baby, oh behave.

Well class, we have another classic David Schwimmer’s Ross Geller performance to digest this week. This time our hero finds himself in need of a new couch. He enlists Rachel on his couch buying quest and in classic Ross fashion he a) embarrasses himself by accidentally insinuating to the salesperson that he wants to use the couch to seduce kids, b) embarrasses Rachel by informing the salesperson (when homie doesn’t believe that Ross used to date Rachel) that he and Rachel had sex 298 times (“YOU KEPT COUNT?”), c) is too cheap to pay the delivery charge. Classic Ross Example C results in the ridiculous hilarity that is the PIVOT incident. Needless to say if you’ve never seen the episode but are aware of the Rossatron in all of his magnificent goofiness, Ross frantically instructing his friends to pivot during the lifting of his new couch up a flight of stairs did not result in him enjoying his new couch (with the ladies) in his living room but instead resulted in the couch getting destroyed and him settling for four dollars store credit in exchange for a couch that was “cut in half.” Well, I was already in a good mood but thanks to Ross, I’m floating on Cloud Nine. Mr. (err… I mean, Dr.) Geller, you’ve officially made my day, my week, probably even my fortnight. Thanks to you, I’ll be laughing all the way to the bank. But only if they have a bank at the airport. That’s it for now, class. I’ll holler at you in a few weeks from France. Or maybe Germany. I bid you adieu.

Recap in the Key of Phoebe – This is the one where Ross buys a new couch that is kid friendly but also says “come here to me,” Phoebe impersonates a police officer, Joey thinks he needs to move out of his and Chandler’s apartment after having a romantic dream about Monica, Chandler gets excited that Joey had a dream about a girl he is seeing, Monica convinces Joey that he’s not in love with her but instead just wants “the closeness” with someone himself, Rachel tries to help Ross move his couch three blocks from the store so Ross can avoid paying the delivery fee, and Ross ultimately returns the couch for $4.00 store credit after it gets destroyed because Rachel (and Chandler) were unable to follow his instructions to pivot!
​
Gandalf Gaffes – None. Flawless episode!

Chan Man Quip of the Week – [The Setup] Ross is waiting in the stairwell of his apartment building for Rachel to bring someone to help them get his new couch up the stairs. As he’s killing time, Ross is fantasizing about having a woman over and asking her to join him on the couch. He mimics a future encounter by gesturing someone over to sit on the couch next to him while saying, “Come here to me. No-no, you come here to me.” Rachel arrives and says, “Hey Ross! I brought reinforcements.” Not knowing who is following her yet, Ross responds, “Oh great! What, you brought Joey?” Rachel answers, “Well, I brought the next best thing.” Chandler enters and says, “Hey!” Without even attempting to hide his disappointment, Ross says, “Chandler? You brought Chandler? The next best thing would be Monica!” Surprisingly not upset, Chandler explains his lack of anger suggesting, “Ya know, I would be offended, but Monica is freakishly strong, so…” Not willing to waste any time, Ross cuts Chandler off and instructs his friends, “Look, I-I drew a sketch about how we’re gonna do it. Okay Rach (Ross points to the drawing) that’s you. That’s the couch.” Intrigued by another part of the sketch, Rachel interrupts by asking, “Whoa-oh, what’s-what’s that?” Ross answers impatiently, “Oh, that’s me.” Taken aback, Rachel opines, “Wow! You certainly think a lot of yourself.” Realizing what she’s thinking, Ross clarifies, “No! That’s-that’s my arm!” [The Knockout] Taking a moment to inspect the sketch, Chandler sides with Rachel and demonstrates his allegiance by planting the flag, “Oh, I see. I thought you just really, really liked your new couch.”