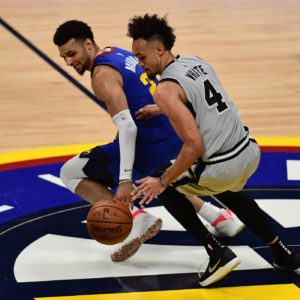 Eternal – Oh how I love this time of year. I love the way a perpetual immersive tension is perfectly counterbalanced by an efficacious radiating exhilaration so that my resulting disposition is a delicious zen, a refreshing calm. I love the way my artistic senses are heightened, permeating my creativity like rich, dark ink saturating my quill. This time of year, melodies dance with prose through my mind in rebellious defiance of their forbidden love.  They waltz with precision through my memories and leave me salivating for new ones.  I love the way the air tastes better, as does the beer. This time of year, I’m more present in every breath, more thoroughly quenched by every sip. I love the way the blues and yellows and reds and greens of ordinary day-to-day concerns fade into the background as the blacks and silvers of one larger purpose move acutely into focus, front and center, all-consuming. This time of year, there’s only one thing that is multiple things that are many things which is everything. One mission. Four series. Sixteen wins. One title. Have you heard the good news? The playoffs are here. All things former have come to pass and we begin anew in the steadfast faith that anything, everything, all things are possible. Indeed, the delicious, refreshing, permeating, saturating, all-consuming playoffs are here. Oh how I love this time of year.

For those of you who have the privilege of living in the meritorious Alamo City, let me begin by wishing you and yours a happy and intoxicating Fiesta 2019! May all of your oysters be baked and all of your Niosas be dressed in salt of the earth laughter and fellowship. I wish I could be there right now to celebrate with you. Perhaps next year? I’m going to make a mental note to make getting back to San Antonio for Fiesta next year a priority. Fiesta 2020 has a nice ring to it, don’t you think? I need to be a part of it. It’s been too long. Especially to be missing out on the greatest party on Earth on nights like Saturday night. How exhilarating was that? Seven months of hard work and consistent effort devoted to climbing the mountain up to home court advantage and the West’s second seed only to have it stolen in the blink of an eye. Derrick Freaking White.

In a thrilling feeling-each-other-out slugfest, the San Antonio Spurs stole home court advantage away from the team with the NBA’s best regular season home record (34-7) on Saturday night, defeating the Denver Nuggets 101-96 at the Pepsi Center here in my hometown of Denver. A couple of housekeeping notes: 1) Yes, we’re thrilled that, in the fifth year of playoffs after Jenn and I made our move from San Antonio to Denver, the dream of the Spurs playing the Nuggets in the playoffs (providing us with the opportunity to attend a Spurs road playoff game) has been realized. 2) No, we didn’t attend Game 1 and no, we will not be attending Game 2. If Game 5 becomes necessary, we are planning to purchase tickets to attend Game 5. With that out of the way, the Game 1 victory was huge. It was a massive accomplishment to walk out of the NBA arena in which visiting teams have had the least amount of success this season with the road win that is necessary in order to advance. While I recognize that this was a huge push forward (and I’m ecstatic about it) we are still an entire ocean’s voyage away from winning this series. Look, this was the first playoff game for most of Denver’s rotation players and it clearly showed. No knock on their preparation, it’s to be expected that a team led by a group of players experiencing their first playoff game ever are going to underperform. It was widely believed heading into the playoffs that Denver might be vulnerable in Game 1 because of their collective lack of experience. That being the case, and with the Spurs consistently holding a slim lead for most of the first three quarters, it became glaringly clear by early in the fourth that this was a must-win for the Spurs. We could not afford to squander away the opportunity to steal a road win against a team whose stars had no playoff experience because tomorrow night, that team ceases to exist. Tomorrow, this talented group of lethal offensive weapons will suit up with playoff experience and you better believe the next chance Nikola Jokić has to start serving up his shooters with open looks, his teammates will start knocking down some shots. It only gets harder from here. So, yes, given the opportunity that was presented to us on Saturday night, it was critical that we were able to secure a victory in what was more-than-likely our best opportunity to steal a game in the toughest road arena in the NBA. It was the push forward we absolutely needed but series are never won in Game 1. We are still an entire ocean’s voyage away from advancing to the next round. We need to get mentally prepared for a more confident Denver Nuggets team for the rest of the series and we need to play much, much better starting tomorrow.

I want to single out DeMar DeRozan’s performance in his first playoff game as a member of the San Antonio Spurs. While DeMar didn’t have a great shooting game (6-17 from the field), he played an excellent all-around game pouring in a team high 18 points, 12 rebounds, six assists, and one block. After taking the court in the 2018 playoffs undermanned, it was really refreshing to have such dynamic, unselfish star suiting up in the spot that was abandoned last season by a player who quit. While Double D was deserving, the player of the game was Derrick White. It’s safe to say the Denver-native was comfortable at home. It’s also safe to say, Number 4 has arrived. Derrick was sensational, filling the stat sheet with 16 points, five assists, three rebounds, and one victory-clenching steal. Oh yeah, he also did this…

Congratulations to Coach Pop on becoming the National Basketball Association’s all-time winningest coach (regular season and playoffs combined). The Game 1 victory was Pop’s 1413th of his career and moved him past the 1412 combined regular season and playoff wins of former SuperSonics, Trail Blazers, Cavaliers, Hawks, Raptors, and Knicks coach Lenny Wilkens. This is a tremendous accomplishment, one that every Spurs fan should be proud of and celebrate. Much like the tide, #BlackAndSilver is eternal. The biggest reason why is our coach. As Gregg Popovich enters immortality in the record-books, there is unquestionably nothing further from his mind than his own accolades. It’s almost self-evident. He entered immortality in the record books not by seeking it but rather by focusing squarely on what is in front of him and then bulldozing it down. Yes, we are eternal and yes, the biggest reason why is our coach. He’s also the biggest reason why we will take the floor at the Pepsi Center tomorrow with the focus, the appropriate fear, and the fire to give ourselves a chance to win Game 2.