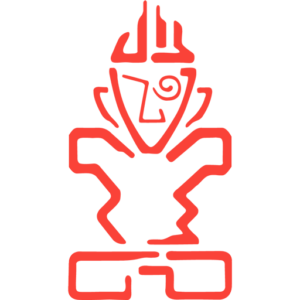 Fire – So close, yet so, so far away. When we went up 19 points (42-23) with 8:28 still to play in the second quarter, of course I was pleased, but I wasn’t thrilled. All I could think about was how many eternities were left in the ballgame and how potent the offense of the team in the city I call home (and therefore the team I watch more than any team in the league other than my own) has the ability to be when it gets hot and starts swaggin’ long-range bombs followed by filthy dunks off of backdoor cuts followed by long-range bombs. The combination of a 19 point lead, 32 minutes to play, and Denver’s extensive offensive artillery had me feeling uneasy, to put it mildly. The concern was not without warrant. It only took 5:07 of game time for the Nuggets to trim our 19 point advantage down to 6 (46-40). After we slowly but steadily rebuilt our lead to eventually establish a second 19 point advantage (78-59) with 4:28 still to play in the third quarter, once again, I was pleased, but I wasn’t thrilled. In fact, I was even more uneasy than the first time around. Now I had already seen in this very same contest that Denver only needs 5:07 of playing time to chop a 19 point deficit down to a two-possession game and last time I checked, 16 is a lot more than five. If they are capable of making up 13 points in five minutes, they are capable of changing a 19 point deficit into a 20 point advantage when there’s still 16 minutes left in a game. Once again, the concern was not without warrant. In the end, the Mile High City basketball club did not change a 19 point deficit into a 20 point advantage during the final 16 minutes of the game but they may as well have.

Last night, the Denver Nuggets defeated the San Antonio Spurs 114-105 relying on a furious fourth quarter comeback that, let’s be honest, was absolutely necessary to save their season. After struggling mightily for the first seven quarters of the series, Jamal Murray was sensational in the final frame last night scoring 21 of the Nuggets 39 fourth quarter points. And that was all the difference Denver needed to not only get back into the series but also reclaim some of the mojo that we had methodically sucked from their souls over the course of the first seven quarters of the series. Let’s be clear, you can’t give up 39 points in the fourth quarter and expect to win a playoff game on the road. Coach Pop said as much (but not much more) in his two-question, one minute postgame press conference that lasted about as long as his April 3rd appearance at the Pepsi Center. By the way, isn’t it funny how scared reporters have become of asking Pop questions in these postgame press conferences? You can sense the same paralyzing fear in these reporters as was displayed on the court for the first seven quarters of the series by the home team. Unfortunately for Spurs fans, the Nuggets figured out a way to overcome their soul-sucking fear and play basketball just in time to save their season. Contrarily, I don’t think these reporters will overcome their fear of Pop’s wrath in time to save their souls. Souls or not, too scared to ask Pop a question or not, they still got to write their stories about all of the season saving that happened on the court last night. And for us as Spurs fans, we should make sure and read between the lines: this is going to be a long series and it’s anyone’s to take.

That being said, I’m really pleased to be leaving the Pepsi Center with a split. The Nuggets have the best home record in the league and we got what we needed in the hardest place in the NBA to do it.
I’m also pleased with the way be played in Game 2 and the fact that we put ourselves in a position to virtually end the series in two. Trust me, I know that blowing a lead like that is a tough pill to swallow but I think the comeback was much more about the Nuggets finding a way to constructively channel their desperation to regress to the mean (to use a Manuism) than it was about the Spurs choking away a playoff game. Could we have made some better decisions down the stretch and generated better looks to close the game? Absolutely. But overall, we played a hell of a game considering our opponents were playing for their season. Our three best players, in particular, played fantastic. LaMarcus had 24 points, eight rebounds, and three assists and did a solid job of keeping the Joker in check. Derrick White established a new playoff career high of 17 points and consistently made timely shots throughout the game. I’m pleased to announce, though, that for the very first time in the stories history of the Black & Silver blog series, the player of the game is DeMar DeRozan. DeMar was deadly, dropping in an efficient 31 points on 11-19 shooting while also contributing seven rebounds and two assists. My favorite stat and a stat that will greatly improve our chances of prevailing in the series should it become a trend: DeMar only had one turnover in Game 2.

Where we came up short last night was a lack of firepower off of the bench. The bench combined for only 23 points on 9-25 shooting. That’s simply not good enough against the best home team in the league. I have complete confidence, though, that this problem will be rectified in Games 3 and 4. Tomorrow, the best home team in the league is about to become a sub-500 road team. While sensation at the Pepsi Center (34-7), the Nuggets went a subpar 20-21 on the road during the regular season. And did I mention that tomorrow they’ll be playing in the AT&T Center, a building that hosted a a 32-9 home team of its own? I guess I have now. Our bench has played fantastic at home the entire season and I have no reason to believe they won’t deliver similar results during these playoffs. So yes, despite losing Game 2 late after leading most of the night, I’m really pleased to have earned a split in Denver. We are a really, really good home team. Three out of the next four possible games will be played in San Antonio and if we can defend our home court as if it were the Alamo, we will advance to the Western Conference Semifinals. Such is the magic of stealing home court advantage away in one of the first two games of a playoff series as the higher-seeded team. In Fifteen Port, I reported that (since my dream of having the Spurs play a playoff series against the Nuggets so I could go to a Spurs road playoff game had been realized) my wife and I would be purchasing tickets to attend Game 5 should Game 5 become necessary. Last night after Pop’s marathon of a press conference, we secured our tickets for next Tuesday night. If we take care of business at home starting tomorrow, next Tuesday could bare out to be our first opportunity for the #BlackAndSilver ride into the next round. Here’s to hoping my Game 5 ticket proves to be my ticket to ride right alongside.