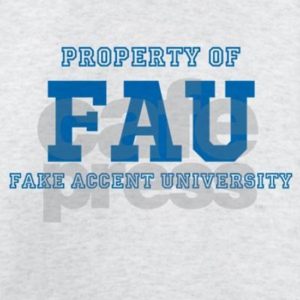 Friends S6:E4 – Good evening, Friendinistas. Happy Indigenous Peoples’ Day. I hope Week 143 of The Resistance finds you well. It should. We are finally (FINALLY) starting to see cracks in the shameful “political self-preservation over country” congressional Republican wall protecting President Trump. With today’s damning testimony by former White House advisor on Russia and Europe Fiona Hill in the impeachment inquiry coupled with the near universal backlash to our Commander-In-Chief committing potentially the biggest foreign policy blunder since George W. Bush’s 2003 invasion of Iraq with Trump’s despicable decision to abandon our Kurdish allies and withdraw our forces from Syria, there is a palpable shift in our collective appetite to finally hold this president accountable for his abuses of power. While this development is encouraging, we are likely still a very long and painful distance away from realizing the ultimate objective of our resistance: Donald Trump’s removal from office. Should it come at the ballot box, we are still 386 long and painful days away. Should it come through steadfast resolve fueling an impeachment conviction or even a resignation, it could come sooner. But here comes the cold water. If we get overconfident at any point during the next 55 weeks (even for a moment), Donald Trump could thread the reelection needle and push that timeline back to January 2025. I know that this is the blog post before the blog post before Halloween…but that’s a pretty scary thought. Stay engaged, Friendinistas. Stay engaged with unrelenting resistance. Until we are all of the way there, we are still nowhere.

Now to segue into today’s episode of FRIENDS, the title I chose for today’s post – Fake Accent University – reminds me of another one of President Trump’s endless scandals. Can you guess which one, Friendinistas? Well if you guessed the reality television conman’s venture into swindling desperate-to-improve-their-lives naive Americans into racking up massive amounts of debt to pay for a higher education that marketed itself as having the ability to teach them how to become real estate moguls but was actually (like most things produced by the Trump Organization) just a huge freaking scam then you have guessed correctly or as the Grail Knight from Indiana Jones and the Last Crusade would put it, “You have chosen wisely.” Yeppers. Unfortunately for all of those “students” who couldn’t see that the emperor has no clothes, Trump University may as well have been called Fake Accent University. (How’s that for a segue?) For Ross Geller, teaching at Fake Accent University is a high honor. I mean, he hopes to get tenure at FAU someday. Of course, impressing a tenure review board is the least of Ross’s worries after Rachel crashes one of his classes to confront him about an interesting phone call she had with his divorce attorney. Indeed. At the end of today’s episode, Ross and twenty-ish of his students discover that Rachel has discovered that she is still married to Ross. I’ve gotta say…pretty big day for these FAU students. First, Ross admits to being from Long Island and using a fake accent. Then, they discover that Ross has a secret wife. Ross and the FAU undergrads also discover that Rachel is not happy about the fact that she’s still Mrs. Geller which triggers Ross to resort back to his fake accent by greeting Rachel’s intrusion into his class with, “Well, hello Rachel!” But just like the words that come out of my mouth every time I hear Donald Trump talk about being the victim of the greatest witch hunt in American history, once busted…I’m sure Ross was thinking what he had said when Rachel and Monica discovered his fake accent in the first place, “Oh bloody hell.” And on that note, I think I can safely say in my best DJ Khaled voice that this completes another one. See you next week, faithful patriots. Keep resisting ✊✊✊

Recap in the Key of Phoebe – This is the one where Ross lands a job in N uh, Y, uh U’s paleontology department and makes up a British accent to be neither sexy or funny while teaching his class, Joey loses his health insurance and gets a hernia in the same week (bad week for Joey), Phoebe is told by her psychic that she’s going to die within the week (bad week for Phoebe), Chandler helps Joey shower and attend a commercial shoot in order to help him get his health insurance back while he’s suffering from his hernia, Monica steals back some candlesticks that Rachel was planning to take with her when she moves, and Rachel discovers by answering a phone call from Ross’s divorce attorney that she’s still married to him so she confronts him during one of his classes at Fake Accent University.

Chan Man Quip of the Week – [The Setup] Joey and Chandler are at Central Perk. Joey is at the counter struggling to bring coffee back to the couch for him and Chandler because of the pain his hernia is causing him. He grunts and groans while walking over to the couch and sitting down before sliding over Chandler’s coffee on the table. Noticing the relief Joey feels when this process is complete, Chandler sarcastically asks him, “Hey, will you grab me a cruller?” After Joey starts groaning again while he struggles to get up, Chandler barks, “Sit down! Will you go to the hospital?” Joey responds, “Dude! Hernia operations cost like, a lot probably. Besides it’s getting darker and more painful, that means it’s healing.” Brushing aside Joey’s wacky logic, Chandler says, “I will loan you the money. Just go to the hospital and let’s just get that thing…pushed back in.” In response, Joey pontificates, “Thank you, but it would take me forever to pay you that money back and I don’t want that hanging over my head. Okay? Besides, as soon as my insurance kicks in I can get all the free operations I want! Yeah, I’m thinking I’ll probably start with that laser eye surgery too.” Phoebe arrives at Central Perk, walks over to Joey and Chandler, and says, “Hey!” Joey and Chandler both respond, “Hey!” Setting the table for Chandler to eat a big bowl of honey nut quippios, Phoebe asks, “What’s going on? [The Knockout] Chandler happily pours the milk and digs right in with, “Oh Joey’s got a really bad hernia, but that’s nothing a little laser eye surgery won’t fix!”
​
#TheChickAndTheDuck