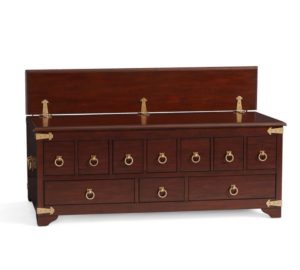 Friends S6:E11 – Greetings, friends. We are at the dawn of a new year, a new decade. A deep, fresh breath of hope. We exhale and then cup hope’s renewal in our palms as if it were a northern cardinal that has somehow miraculously just landed on our shoulders with the intention of giving us a brief moment of caring submission before prompting us to release it back towards the sky to spread imagination across the breadth of its flight. We see baby blue skies and white, puffy clouds provide the backdrop for our tiny, fierce red streak of our hope. Beauty unlocks imagination which in return unlocks our yearnings for yesteryear. Perhaps the yesteryear where we currently find our characters, at the dawn of not just a new year and a new decade but also a new millennium. Oh wow, do you remember the yesteryear of the new millennium? (I mean, once we got past all of that Y2K hysteria, of course.) To be Monica, Rachel, Phoebe, Chandler, Joey, or Ross again peering deeply out on the horizon towards a fresh thousand years; untainted and not yet sculpted. Of course our character are timeless so their millennial moment lives always in perpetuity as does their imagination for wondrous places of their past like White Plains. Just as Phoebe used her imagination to inhale revival from the succulent richness of her yesteryear, we use our imaginations to inhale revival from our reexamining of our new millennium through our characters’ eyes twenty years ago. It’s in this reflection that we summon our optimism for the next ten years as we peer deeply out at the roaring twenties before us. We understand that as we embark upon the year 2020 still completely engulfed in troubled waters, our Friends 20/20 serve as a compass that will help guide us to the stability of shore, to the security of warm, sandy beaches…hopefully before year’s end. So happy new year to you and yours, dear friends. It is my great honor and privilege to serve as your captain for another year of our journey together. Still filled with anxiety from our troubled waters rather than the renewal of remembering yesteryear? In case you haven’t heard, Pottery Barn started selling a Friends collection last July. Oh…and yes…it includes the apothecary table. So…if imagination can’t help you tap into the optimism of yesteryear, maybe consumerism will. There you have it. You’re welcome. So put on your life vest and grab ahold of something tight. We’re here to take on the storms to come and persevere. Bring it, 2020. Class dismissed.

Recap in the Key of Phoebe – This is the one where Rachel buys an apothecary table from Pottery Barn for her and Phoebe’s apartment but tells Phoebe it’s an antique because Phoebe hates Pottery Barn, Joey starts dating his roommate Janine, Monica and Chandler start hanging out with Joey and Janine as a couple of couples until they discover that Janine can’t stand them, Ross buys the same apothecary table as Rachel and then is forced to hide it from Phoebe by covering it with sheets that he is forced to tell her he bought at a flea market, the confrontation between Janine and Monica & Chandler culminates with Janine fighting Monica and Joey & Chandler watching, and Phoebe succumbs to consumerism after discovering that all of Rachel and Ross’s purchases came from Pottery Barn and knowing that she needs to purchase a lamp in order to complete the transformation of her living room into a a magical recreation of yesteryear.

Chan Man Quip of the Week – [The Setup] Monica and Chandler are at Joey’s apartment confronting him about lying to them bout Janine being sick. Fighting an uphill battle given that Janine has already left to go to a play, Joey insists, “No, no, she really is sick!” Slightly annoyed that he has to go through the formality of calling Joey on his bull, Chandler asks, “Then why-why is she going to a play?” Trying to think on his feet but tripping over them instead, Joey answers, “Uh, ya know, starve a fever, go to a play for a cold.” Visibly annoyed by the posturing, Monica demands a real answer by forcefully asking, “Joey! Why is Janine not coming over for dinner?” Joey submits to handing over the truth by informing them, “Well uh, she didn’t want to hang out with you guys two nights in a row. I’m so sorry.” Unsatisfied that Joey as provided appropriate context, Chandler asks, “Well, why does she not want to hang out with us?” Joey sheepishly responds, “Because she uh, she, she thinks that you are blah and that you, Monica, are too loud.” Shocked, Monica belts, “What?” before immediately realizing that her response has validated the criticism. She then tries to recover with a much more tempered, “What?” Incensed, Chandler piles on with, “So she was just pretending to have a good time last night? She was lying to our faces?” Monica starts tag teaming the disgust with, “Ugh, I can not believe this! I mean, who is she to judge us? We could not have been nicer to her!” Chandler drops one more log on the fire with, “And I am not blah, I am a hoot!” Joey, much like a political operative defending their candidate after a debate that they know they’re candidate has lost, starts spinning with, “I know! I know! Come on, please, please you guys, don’t, don’t be mad. I’m sure she just, she just said that stuff because she was nervous and you guys are like my best friends! Ya know? And it was our first date! Plus, she’s really sick!” Trying to establish Joey’s apartment as a “spin free” zone, Chandler insists, “No, you sh…No you said you made that up!” Now tortured by the question of who had the better excuse between him and Janine, Joey asks, “I know, but don’t you think the sick thing is way better than the play thing?” [The Knockout] Never one to miss an opportunity to light up any eligible player on the field, Chandler uses Joey’s deception as misdirection to blindside Monica with, “Eh, they’re both good. I generally just go with, Monica’s drunk again.”
​
#TheChickAndTheDuck