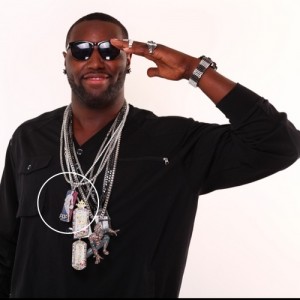 Lights Out, Guerrilla Radio – It was two minutes into the third quarter when Dwight Howard, well, went all Dwight Howard and got himself ejected from Game 4 of the Los Angeles Lakers first round series with the San Antonio Spurs last night, effectively ending one of the worst experiments of throwing team chemistry out the window to chase the allure of superstar talent melding in NBA history. After Howard’s ejection, Kobe Bryant made an appearance on the bench to give the Lakers fans one last thrill, but by the end of the third quarter – the Spurs were up 20 points and LA super fan Jack Nicholson was leaving the building. The final score was 103 to 82 and this rapid playoff exit was the first time the 16 time Champion Lakers have been swept out of the first round since 1967. Last night’s player of the game for me was Dejuan Blair who played some huge minutes off the bench for the Spur’s depleted front court. Dejuan had 13 points and 5 rebounds in 19 minutes and seemed to constantly be making plays the entire time he was on the court. Having dispatched the Lakers quickly, the #BlackAndSilver will now have roughly a week off to get healthy (with Tiago Splitter and Boris Diaw nursing injuries) and prepare for a second round match up with either the Golden State Warriors or the Denver Nuggets.

While I’m ecstatic that the Spurs have eliminated their long time rival in dominant fashion, a much more important story broke today in the world of sports. NBA center Jason Collins, who finished last season for the Washington Wizards became the first American professional athlete playing in one of the four major American professional sports leagues (NBA, MLB, NFL, NHL) to announce he is gay. This was a courageous announcement and a major advancement for gay rights within the American sports landscape which is tragically behind the curb when it comes to the acceptance of homosexuality. While there have been professional athletes who have come out of the closet after retirement, it is dumbfounding that in 2013 not a single one had done so as an active player; until today. Hopefully, Jason Collins’ courage will usher in a sea change in progressive openness within professional locker rooms and he can serve as a role model for any athlete at any level thinking about coming out of the closet. He will likely serve as inspiration for countless young athletes to see that there should be nothing to fear in being openly gay. The best part of following this story today was seeing the groundswell of support from the NBA community towards Jason Collins. As a life-long NBA basketball fan, I am thrilled to see that community rally around Collins and I’m happy that it was a basketball player who was the first to break down this barrier.