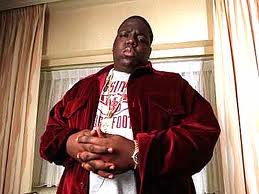 Going (going) back (back) to Cail – The San Antonio Spurs are often referred to as the Silver and Black. When I decided to start a Spurs blog as a subsidiary of theLeftAhead, one of the reasons for landing on the name Black & Silver was that throughout their dynastic era, the Spurs have proven time in and time out that they can go into the most hostile of situations and win tough games on the road. This ability to win these pressure games has been a key to every championship run. The Spurs wear black on the road, so in my opinion the black is more important to expressing who the Spurs are than the silver. While I love seeing the Spurs get ready to jump center at the beginning of a game in the home white or even the new home silver, I get an extra rush form the “Us Against the World” swagger the squad walks out with in the road black. Hence, #BlackAndSilver. I know that the Oakland Raiders are also known as the Black and Silver, but as far as I’m concerned they can take a backseat. San Antonio has won 4 NBA Championships. Oakland has won 3 Super Bowls in the NFL. Scoreboard, Raiders fans.

Friday night played out as a prototypical Spurs playoff win on the road. San Antonio defeated Golden State 102 to 92 in Oracle Arena, a venue that has been receiving a great deal of hype as the best home court advantage in the NBA. It was a tough, gritty performance by the Spurs. Every time that the Warriors would go on a run, it was apparent on television that the crowd was going bonkers. The sound meter that was constantly put on the screen to show the loudness in the arena, however, was a cheap broadcasting ploy to sensationalize the story line. We get it, it is loud in Oracle. But this is the NBA playoffs. It was loud in the AT&T Center too when Manu drained the game-winning three in double overtime of Game 1. Nonetheless, it was clear that the Spurs were performing in an extremely hostile environment which meant they needed a great deal of focus to persevere. The defensive intensity was finally at the appropriate level for the second round of the NBA playoffs and the Spurs calmly and methodically knocked down shots on offense. From the first quarter on, however, seemingly every time that the Spurs got some separation the Warriors fought right back to bring the game close to even. Luckily, the second half of the fourth quarter belonged to the Spurs as they pulled away for good. Unfortunately, Stephen Curry twisted his ankle with a few minutes left in the game which could have a major impact on the trajectory of this series. Hopefully, Curry is able to play in Game 4. Again, as I stated with the Russell Westbrook injury, I prefer to see the Spurs face their Western Conference rivals at full strength. Tony Parker also suffered a leg injury but all indications are that he will be ready to play this afternoon.

We are going to need Tony at full strength to put together another classic road win this afternoon. Tony was spectacular in Game 3, torching the Warriors for 32 points, 5 assists, and 5 rebounds. It was clear early on that Tony would earn player of the game honors as he set the tone by lighting up Klay Thompson and Stephen Curry for 25 points in the first half. Asked in the post game press conference if the abundance of adulation being showered on the Golden State backcourt provided extra motivation for Tony, he responded, “I play for my teammates, Coach Pop, and the city of San Antonio.” This statement exemplifies Tony’s class and professionalism and gives me a great deal of confidence that if he continues to play with the same focus and determination, not only do the Spurs have a great chance of leaving Cali up 3 games to 1 today, but also that the national media might be afforded an opportunity to acknowledge the sobering reality that Tony is still the best guard in this series.

Headline Image Source: The Black Past