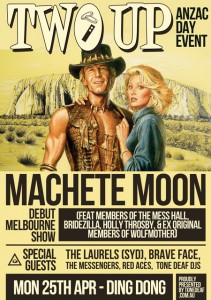 Us Against the World – After going up against 19,596 fans, 5 players, and apparently 3 referees, the world was definitely against the #BlackAndSilver yesterday afternoon in Oracle Arena as the Spurs fell in overtime to the Warriors 97 to 87. San Antonio, up 8 points with 4 minutes to play, blew a golden opportunity to put a stranglehold on this series. On the verge of going up 3 games to 1, it seemed so close you could almost taste it. Unfortunately, shots stopped falling and the referees offered untimely mistakes into the mix with the game on the line. While on balance the refereeing in this game was fairly even, Scott Foster, John Goble, and Bill Kennedy blew two critical calls in the final minutes that were quite baffling. First, replays showed a ball that was called off of Tim Duncan was actually knocked out by a Golden State Warrior player at a juncture when the Spurs were up by 4 or 6 points if my memory serves me correctly. The ensuing inbound play was knocked out of bounds again and then on the next inbound play, Klay Thompson hit a jumper as the shot clock expired that cut the Spur’s lead to either 2 or 4. Second, on the Spur’s final possession of regulation Andrew Bogut touched the ball while his foot was extended out of bounds. The referees missed it and allowed Golden State to call a timeout. It was a quick touch and it is understandable that the referees missed it. What is mind boggling is that after the play, the referees refused to go to the monitors to check and make sure that they had the right call (which they are allowed to do in the last two minutes of the fourth quarter). Had they done so, the Spurs would have had another opportunity to attempt a game-winning shot in regulation.

No excuses. As frustrating as those two blown calls were, the referees were not the reason the Spurs lost this game. The reason San Antonio lost was because we missed 11 free throws and shot an abysmal 35.5 percent from the field and 25.9 percent from three point land. It is actually a minor miracle that we had a lead to blow going down the stretch with those shooting percentages. While this loss was a tough one to swallow and has been lingering around the back of my head all day today, I’m still rather confident that we are in a good position to win this series. Both teams have now been on the receiving end of some bad breaks to blow a game on the road and even though the series is tied, the Spurs will win it simply by taking care of business at home going forward. In our last 10 playoff series that have been knotted up 2 to 2 after four games, the Spurs have won eight of them. We are the more experienced team and there is no question that more of our shots will fall down at the AT&T center than what we saw yesterday afternoon. In Game 4, the player of the game was Manu who came off the bench to drain 5 threes and score 21 points. Hopefully, Manu can parlay that into finding some rhythm tomorrow evening. I asked for a good second round series to toughen up the Spurs for the later rounds of the playoffs and we are definitely getting that from the Golden State Warriors. Should the Spurs persevere and get out of the second round on Thursday night or on Sunday, we will be battled tested for the next challenge and much better prepared for the Western Conference Finals than we were last year. It is time to let go of the frustration of a tough road loss and get revved up for the opportunity tomorrow to retake control of the series. The show goes on.