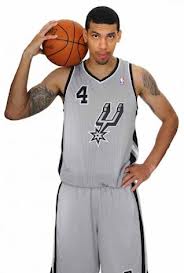 The Show Goes On – Last night, for the first time in this hard fought second round series with Golden State, San Antonio played Spurs basketball consistently for 48 minutes en route to a 109 to 91 blowout victory over the Warriors. Mark Jackson’s self-proclaimed “greatest shooting backcourt in NBA history” was completely locked up by Danny Green and Kawhi Leonard. Stephen Curry and Klay Thompson managed a combined 13 points on 6-22 shooting, their lowest combined point total of the season. Thompson could not even get free to attempt one three pointer. Funny, I don’t remember ever hearing about that happening to Jerry West and Gail Goodrich in the playoffs and I don’t remember seeing that happen to Isaiah Thomas and Joe Dumars either. Part of being great shooters, is having the ability to get and make your shots no matter how ferocious the defense or how intense the playoff pressure. By the way, my pointing out the ridiculousness of Mark Jackson’s statement is not intended as a slight on Curry and Thompson. They are an amazing backcourt and have clearly earned the complete respect and attention of the Spurs. Maybe they will eventually earn consideration as the best shooting backcourt in NBA history, but to anoint them as such after they have only won one playoff series is disrespectful of the history of the game and Jackson should have more perspective than that as a great NBA point guard in his own right. I know that this statement can be chalked up as a motivational tool. Part of Jackson’s approach to coaching is to attempt to give his team a psychological edge by instilling irrational belief in their collective abilities. It has clearly been quite effective, helping the Warriors to dispatch the more talented Denver Nuggets and giving them the confidence to compete with the Spurs, but eventually reality will set in. I’m not suggesting, either, that that eventuality has already occurred. I’m fully aware that Golden State is still capable of winning this series and that the Spurs need to treat the next game like we are the team facing elimination. However, I do think that the massive outpouring of adulation regarding Jackson’s coaching ability is overblown and sooner or later the psychological motivational tools will lose their evangelical ability to elevate the team’s level of play and when that happens, it is yet to be seen whether he actually has the chops as a basketball tactician and game manager to compete at the highest level. Time will answer that question. Anyway, I digress.

Last night’s player of the game was Danny Green. Danny was an efficient 6-10 from the field but more importantly his defense was spectacular on Curry and Thompson. He was clearly a difference maker on both ends of the court. There is not a whole lot else to say about last night’s game other than it was by far the best performance by the Spurs so far in this postseason. They need to keep it up. If we play with that type of defensive intensity and share the ball on offense with that type of surgical precision (30 assists on 40 made field goals) the #BlackAndSilver will have a lot more basketball ahead of them this postseason. Luckily, for San Antonio, we have a coach that sets quite a different tone than his Golden State counterpart. While Jackson is busy campaigning for his backcourt to be given their rightful place in the annals of NBA history, Greg Popovich has only one thing on his mind; the next game. In response to a question at the post game press conference last night asking him about the prospect of getting this series over with in Game 6, Popovich’s response was as follows: “Nobody talks about getting this over with like you’ve got a rash…like you can take a pill or put some cream on it, it’s going to be gone. This is a war. They’re a class team; they bust their ass at both ends of the floor. It’s not about getting rid of anything. It’s about going and playing and that’s about it.” Coach Pop is not writing off the Warriors, he is preparing to try to beat them one more time. If we play the same 48 minutes of basketball tomorrow night that we played last night, the Spurs have a golden opportunity to leave the state of California with a trip booked back to the Western Conference Finals. Should we make that happen, then the Warrior’s backcourt will have plenty of time to work on that shooting ability in an empty gym. I say forget shooting. Defense wins championships and the San Antonio Spurs are finally starting to get back to black.