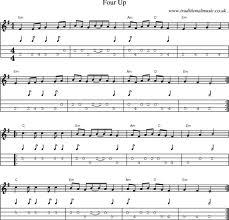 Not Afraid – The San Antonio Spurs lead the Miami Heat in the 2013 NBA Finals 382-377 (cumulative scoring). Win by 36 or win by 16, San Antonio and Miami are now tied at two victories a piece and in case you haven’t noticed…it is really, really, really close. On Thursday night, the San Antonio Spurs spoiled a growing hope in the city to celebrate a championship by winning this series at home. Miami defeated San Antonio 109-93 at the AT&T Center in front of 18,581 mildly overconfident Spurs fans who were unable to match the desperation of a group of Floridians who had the audacity to come into our house and wear black. The player of the game was Tim Duncan who had 20 points, 5 rebounds, and a block. Eric Spoelstra, more than from his tactical adjustments, benefited from a radical increase in effort and aggressiveness from his best four players. Spoelstra must have stolen a card out of the Mark Jackson coaching playbook and spent all day Wednesday building up his top players to believe that they are an invincible angelic force manifested by God the Father and sent down to Earth for the purpose of giving mortals a glimpse of the level of play that he gets to enjoy in Heaven when he watches Jesus, Moses, Abraham, and Noah lace ’em up and take on all comers on the parquet of the old Boston Garden which was transported upstairs after its earthly demolition in 1998. By the way, in Heaven they play with 12 foot baskets but don’t you dare challenge Jesus at the rim because he will get up and cram in your face. The difference between Spoelstra and Mark Jackson as motivators, however, is that Spoelstra benefits from players who already know how to play at the highest level and don’t have to be prematurely anointed by their coach to believe it. LeBron James, Dwyane Wade, Chris Bosh, and Ray Allen combined for 99 points on Thursday night. But chances are very high that Eric Spoelstra is going to need to display more coaching acumen than being a world-class motivator to win the series. The rest of the Miami Heat combined for a paltry ten points in Game 4. A performance where three future Hall-Of-Famers and Chris Bosh play aggressive, purposeful basketball can work to win one “our backs are against the wall” NBA Finals game. It is highly unlikely that it can work to win an NBA Finals series against the San Antonio Spurs. Greg Popovich will make the necessary adjustments to get his players to take away some of the motions that put Bosh and Allen in spots where they were able to feed off of Dwyane and LeBron’s energy and get into rhythm. The Heat will need to get more contributions from more places in order to win Game 5 because if San Antonio can indeed limit Bosh and Allen, 65 combined points between James and Wade (no matter how spectacular the buckets that generate them) shouldn’t be enough to beat the Spurs. LeBron’s performance was to be expected and if it had just been LeBron playing his best game of the Finals, the Spurs might have still been okay (even with Bosh and Allen playing well too). The man that did us in on Thursday night arrived via time machine. The throwback performance by Dwyane Wade, where he displayed some of the individual brilliance of his 2006 Finals run, could not have been anticipated. It was reasonable to expect that Wade would play better out of desperation but you need more than 8 timeouts and a halftime to prepare for this version of the Flash and if you tell me that the treatment he received on his injured knee before Game 4 is on the up and up, then I have no choice but to believe you. Nonetheless, with two days off before Sunday’s Game 4, the Spurs will adjust the defensive schemes to now account for two superstars instead of one. Not that that Dwyane Wade will necessarily show up again. But if he does, the Spurs will be much better prepared for him.