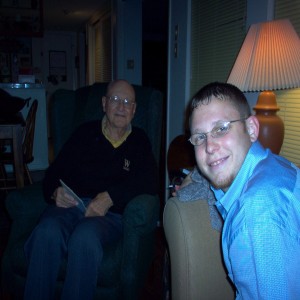 I did my last vocal take for Expand Your Mind
Then hit the road for Chicago with an axe to grind
Head spinning, heart hollow, felt out of time
New beginnings, demons follow, you can’t press rewind
Old endings made me wallow in a dream’s decline
Can’t swallow destiny in a bottle so I broke a bind
Renewed faith over lotto, so I split the shrine
Yes, beating Bush was my motto, so I was on the grind
Found a crew that was live and we were on the grind
Interconnect the voter drive, we too on the grind
Swing the broom stick at the hive, watch a change arrive
Sing a dream back alive from where it can’t survive
Detroit was realized before I was out of time
Watched my words live like truth through my own two eyes
The Tigers rallied in the tenth, watched it by his side
Watched his eyes recline into a better time
Perhaps a future time, he knew the grand design
He knew how hearts align, he knew to spot the sign
Of the beauty of an angel and how her kiss combines
With the bliss that you exist through when your lost in time
But he was ahead in time, I was too damn blind
To play a game so simple at that point in time
Had too much on my mind, had to search to find
Time to play checkers like it’s chess, drink a glass of wine

Verse two, we don’t care, but I really did
I wish she knew how I was scared that I was shutting in
Room for two on this journey, no I never did
Tell her in D.C. I was yearning for that happy end
Could have swept her off her feet but couldn’t let her in
So it was back to Texas heat, all alone again
Broken heart, my spoken art was my only friend
That I could saddle with the pain that I was holding in
Too late for fairy tales, I had to learn to shine
New beginnings, demons trail, you can’t press rewind
Old endings made me exhale in a dream’s decline
So I put my mind into my work, took her off my mind
Took him off my mind, condition in decline
Had no choice to find, so walked the picket line
The good soldier line to make a change arrive
But the rage inside was just too hard to hide
Had I lost my time to make him know my mind?
Growing doubt combined with going out my mind
So I set out to find a final bout, reminded
In a drought grow vines and let them sprout design
Sing a dream back alive from where it can’t survive
Cling to grapes until they thrive then let the juices wind
Up in a bottle on the table where he can know my mind
Know she’s on my mind, he knew the grand design
I was right on time, she called me one more time
And flew down just in time to let him see we’re fine
Watch our hearts align, we watched his eyes remind
Us of a better time, perhaps the past is blind
You’re never out of time when you release your mind
Put the board on the table and rebuild the shrine
Then your pain combines with the search to find
Time to play checkers like it’s chess, drink a glass of wine