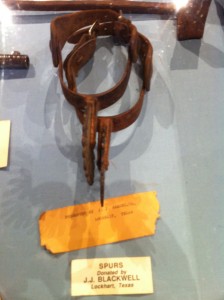 Come Together – Sometimes, when a photogenically challenged former Weight Watchers spokes model whispers softly into the vast open spaces of an empty arena, the fleeting sounds still travel far enough to awaken a sleeping giant. Manu Ginobili erupted out of hibernation last night to add another chapter to one of the most Paul Bunyanesque folklore inspiring legends of a sports career that our generation has ever seen, earning player of the game honors to boot. In a surprise start, Manu went wire to wire in Game 5 pouring in 24 points while dishing out 10 assists in a performance that I will certainly add to the bedtime stories that I will one day tell to my children about Number 20 (the same way my dad used to tell me bedtime stories about all the breathtaking feats he witnessed watching Ted Williams hit a baseball). On a side note, topping the list of legendary Manu stories to tell my children…the Halloween Bat story, a tall tale so incredible that you wouldn’t believe it had we not been blessed to live in an age of video documentation (note to self: remember to tell that story every October 31st from the time your first child is age five until the time your grandchildren come to visit and find you mumbling incoherently in a rocking chair). Manu’s resounding statement of defiance last night came upon the heals of a media onslaught of negative press and speculation that his retirement from the game of basketball might be imminent. In the post-game press conference, Ginobili carefully reminded the gathered masses that overall he hasn’t played a bad series but has just been taking what the defense is giving him which has made his role more of a distributor than a scorer. He did admit, however, that he was disappointed in his Game 4 performance saying, “Game 4 was a different situation, and I was a little upset.” Thanks to the heroics of a particularly feisty Ginobili (everybody loves when Manu gets that look in his eye) as well the remarkable hot streak of Danny Green (24 points and 6-10 from the arc to set a new NBA Finals record for threes in a series with 25), a player that is so locked in that he’s draining wadded up napkins in random strangers cups from across the restaurant during his lunch break, the San Antonio Spurs defeated the Miami Heat 114-104 last night in Game 5 of the 2013 NBA Finals in front of 18,581 appreciative fans who were treated to a marvelous mix of nostalgic delirium and clairvoyant exuberance. For one last time on our home floor this season, Spurs fans were able to bask in the enjoyment of taking in a perfectly blended mixture of our dynastic past, Manu Ginobili and Tim Duncan (17 points, 12 rebounds, 3 blocks), and our surprisingly bright future, Danny Green and Kwahi Leonard (16 points, 8 rebounds, 3 steals). Oh, by the way (I almost forgot), our present got into the mix last night too. Tony Parker had 26 points on 10-14 shooting and threw in 5 dimes to boot. All told, the San Antonio’s starters combined for 107 out of our 114 points besting with 5 players the firepower that the Heat have only been able to generate from their top four players over the past couple of ballgames. If you take Kawhi’s 16 points out of the equation, Tony, Manu, Danny, and Timmy outscored James, Wade, Bosh, and Allen 91-87 in Game 5. Had the teams been playing four on four, this would have been the gut-wrenching nail biter I had expected it to be. But because the #BlackAndSilver are making a strong case that they are a deeper, more well rounded basketball team, San Antonio was able to win the pivotal game of the series relatively comfortably and will be returning to Miami needing to only win one more game to put an exclamation point on a truly remarkable 2012-13 campaign.

And when the night is cloudy, there is still a light that shines on me. Shine until tomorrow, let it be.

With so much riding on the outcome of Game 5, I knew I needed an enduring theme for last night to put myself in the right mental frame of mind to stay locked in for the entire evening. I was admittedly a little nervous all weekend but I was able to remain, all things considered, extremely optimistic and calm. I knew that if there was any group of players, any franchise, any city that was up for the challenge of seizing the upper-hand in the NBA Finals back from the defending champs and putting their backs against the wall, it was these players, this franchise, this city. I was comforted all weekend by the tranquility of a singular thought. The entire San Antonio community just needs to come together and we are going to be just fine in Game 5. When you are attempting to be the best it is befitting to draw inspiration from the best, so “Come Together” by The Beatles made a ton of sense for my Game 5 theme. Until I started writing this post this evening, the irony that The Heatles is one of the premature nicknames that was manufactured for the James-Wade-Bosh incarnation of Miami, honestly, hadn’t even dawned on me. Interestingly, another thought had been percolating in my mind this morning which was to come home from work tonight and recompose the iconic Abbey Road photo of The Beatles with the faces of Manu Ginobili, Tim Duncan, Tony Parker, and Greg Popovich. Funnily, after a five second internet search this evening, I quickly came to realize that it has already been done. Well played, Pounding the Rock, well played. I guess the ability to do this Spurs bloggy thing full time has its advantages, after all. You get the first crack at snatching tremendous ideas out of the creative stratosphere. But like the San Antonio Spurs themselves, I could care less who gets the credit, I’m just glad that that steaming bowl of awesome is just one click away for all to enjoy. For now, I’m content to keep living on the same plane of existence in this vast unexplainable universe as the one currently inhabited by Danny Green; one that keeps him trapped in a Waking Life dream state (spoiler alert) where all he does is knock down three pointers in the NBA Finals and every time he thinks he is waking up back into reality, instead he wakes up into another dream where all he does is knock down three pointers in the NBA Finals. Don’t wake up, Danny, at least not for 72 more hours. Dreams are powerful appendages of the human condition and every San Antonio Spurs fan is on verge of living one, but every dream comes at the risk of falling victim to the nightmares that are lurking out there just beyond the horizon. Game 5 was pivotal, but we have not accomplished our goal yet. The defending champions are more than capable of terrorizing all of the plans that we’ve already made to dance around in our dreams with the haunting eternity of instead making us live with the nightmare of perpetually pondering what could have been. If the San Antonio Spurs play our best basketball game of the season tomorrow night, that will not happen. This journey has been long, this journey had been weary, this journey must be seen through to its completion. This is not the time to ease up, not one millimeter. This is not the time to relax, not for one second. This is not the time to celebrate, not one bit. This is the time to get physically, emotionally, and spiritually prepared to bring everything we’ve got, one more time.