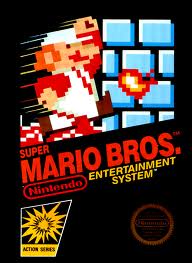 Kawhi’s Quest to Curry Favor as the Second Coming of Bruce Bowen (A Novel) – Kawhi Leonard’s ability to defend Stephen Curry will be a key factor in whether or not the Spurs will prevail in this series. Last night, in chapter two of this saga, Kawhi did an admirable job limiting Curry to 22 points on 7-20 shooting. I can only recall a couple of times that Curry scored when Kawhi was matched up on him in isolation. Kawhi earned my player of the game with his defense on Curry and by having a solid offensive night while pounding the boards to post his first double-double of this year’s playoffs. The problem last night, however, was that Klay Thompson was playing video game basketball in the first half. I felt like I was watching myself play NBA 2K13

and Klay Thompson was a custom player who was created with 100 percent three point ability. It was unreal how he was able to just pull up from anywhere and drain shot after shot. Of course, it didn’t help that (in keeping with this video game scenario) it looked as if the defensive settings for the Spurs had been adjusted to the beginner level. Thompson torched the Spurs for 29 points and 7 three pointers before halftime putting San Antonio in the precarious position of needing to overcome a massive deficit at home for the second game in a row. The #BlackAndSilver once again did an admirable job in the second half of getting back in the game, cutting the Golden State lead to as few as 6 with a few minutes left. If a couple more three pointers had gone down in the closing minutes, the Warrior’s inability to hold leads under playoff pressure would continue to be a top national sports story. As it stands, San Antonio suffered our first playoff defeat of 2013 losing to the Golden State at home 100 to 91 and the Warriors are back to being the underdog darlings of the NBA playoffs having stolen home-court advantage from the Spurs. The Warriors are now 1-30 in San Antonio during the Tim Duncan era and we are officially now in a fight to win this series. I take comfort in the fact that the Curry performance in Game One and the Thompson performance in Game Two were more than likely aberrations that will be difficult to repeat as the pressure mounts and the intensity in the series builds. If these playoff first-timers can continue to replicate those types of performances, hats off to them and the Spurs are going to likely need another miracle to get out of Oracle Arena with a victory. I’m fully confident that Danny Green can match Kawhi’s playoff level defensive pressure and San Antonio will be able to contain both Curry and Thompson to the extent necessary to leave the Bay Area with either one or two victories over the weekend. In Three Down, I had wished for the Spurs to face more adversity than we did last year in the early rounds of the playoffs. Sweeping through the first 10 games last year left us ill-prepared when we finally faced adversity against Oklahoma City in the Western Conference Finals. Seemingly, I have gotten my wish. The Spurs face an unbelievably hostile environment over the weekend but if we want to be champions we are going to have to win tough games on the road. Past championship-winning Spurs squads have thrived under these circumstances and I’m fully confident that this current group can do it as well. I’m looking forward to the weekend. We’re going (going) back (back) to Cali.