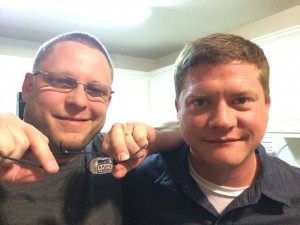 Free Fallin’ – At the precipice of climbing all the way out of the eleven point first half hole that San Antonio had dug for ourselves, and clinching a hard fought first round series in the process, the Spurs defense fell off the cliff with 11 minutes left in Game 6 against the Mavericks last night. Ahead by seven, and on the verge of pushing the lead to double digits, San Antonio relaxed for a split second and that was all that Dallas needed. A pair of three pointers by Vince Carter and Jose Calderon later, the Mavericks had shredded the lead down to one and the Spurs were in a dog fight the rest of the night to try and outscore the Mavs because our defense, in a free fall, was no longer capable of stopping anybody. Ultimately, the best road team in the NBA came up just short, falling in Dallas 113-111; but not before putting the fear of God into the American Airlines Center crowd as Patty Mills attempted a potential series ending three pointer at the buzzer. After Patty’s shot was waved off (and came up short anyway) Mark Cuban and former Spur, DeJuan Blair, embraced and enjoyed in each other’s contempt for the team that had nearly ended their season on what would have been (on the Mav’s part) one of the biggest collapses in the final 20 seconds of a playoff game in NBA history (which sadly is a topic that we know something about from last season and on the biggest stage) as the Spurs trailed by six with 20 seconds left before Danny Green and Patty both drilled threes in a furious attempt to steal the game. While his tragic turn to the dark side as one of Mark Cuban’s sith apprentices is heartbreaking, DeJuan was able to channel the energy from his red light saber to have another strong performance amassing 10 points and 12 rebounds off of the bench in 29 minutes of play. That and an avalanche of one-sided foul calls that need to be mentioned (but I will refrain from complaining about) notwithstanding, credit needs to be given to Monta Ellis for dismantling the Spurs defense in the fourth quarter. Ellis scored 12 of his 29 points in the fourth and, while the Mavs have played above expectations as a unit, Monta has been the Dallas franchise’s most consistent weapon throughout this series and is probably the biggest reason why Mark Cuban is refueling the team jet for a return trip to the Alamo city in order to play a rematch of the 2006 Western Conference Semi-Final classic Game 7 that I’m sure Tim, Tony, Coach Pop, and especially Manu would love nothing more than to take advantage of the opportunity to redeem tomorrow afternoon.

While we relinquished a golden opportunity last night to finally rid ourselves of this pesky little team from Dallas, there are more than enough reasons for Spurs fans to refrain from panicking about the uncertainty associated with tomorrow afternoon’s festivities. First, the Spurs are at home and the home team is at a huge advantage in Game 7’s. The second thing to keep in mind is that we were one miraculous Vince Carter shot away from having had this series wrapped up in five games. Thirdly, this series has been played extremely close with the one exception being Game 2 in which Dallas defeated San Antonio 113-92. While I still contend that the Spurs are a superior ball club that has underperformed in this series while the Mavs have consistently over-performed; tied at 3-3, at worst, one could make the argument that, at this point in the season, the two teams are evenly matched. Usually, in a tightly contested series like this where most of the games are extremely close, each team has at least one game that they are able to win comfortably. The Mavericks had their blowout win in Game 2. The Spurs are still due. Based on the law of averages for a seven games series between two evenly matched teams, the Spurs could be getting set up for our turn to enjoy a blowout victory in this series in Game 7. While I won’t expect this to happen, it will not surprise me in the least. Fourthly, Game 6’s are fun, but Game 7’s are for firemen. In other words, Game 7’s usually come down to which team can summon the defensive fortitude to consistently get stops throughout the game. Both the Spurs and the Mavericks offenses were on fire in Game 6. I am very confident in the Spurs chances to be the team that is able to show up at the AT&T Center tomorrow afternoon, put on our hard hats, and proceed to finally extinguish the flames from Dirk, Monta, Vince, and companies offensive attack, which has been sizzling for most of this series. In contrast, our offense (which started the series ice cold) has been slowly lighting a spark under more and more of its weapons with each passing game, as evidenced by player of the game Danny Green’s decision to finally join the party with 17 points on an amazing 7-7 from the field. If the pattern continues, I would expect the Big Three to be the Big Three and for Kawhi, Danny, Tiago, Boris, and Patty to all play extremely well, but also for Marco Belinelli (who has been close to a no-show so far in this series) to break out and have a huge impact on the outcome of the game. Finally, the last reason that Spurs fans should refrain from panicking about our prospects for closing this series out at home tomorrow afternoon is that, as documented in the photo above, my friend Matt presented me with an amazing gift last night that should prove helpful for just this type of situation: a lucky Spurs charm! It should stand to reason that if I keep this charm on my person throughout Game 7, the good karma that is generated will manifest into energy that shoots off at the speed of light over to the AT&T Center to protect the #BlackAndSilver from bad calls, unlucky bounces, miraculous shot making by opponents, and all the other calamities that have plagued us in our last 8 playoff games. Tomorrow, it is time for the San Antonio Spurs to set aside all of the bizarre voodoo curses that have snake bitten us in these last two playoff series and get back on track by playing dominating basketball en route to finally completing this long journey we have been on over the past few years. While another classic playoff series between Tim Duncan and Dirk Nowitzki has been special to watch, tomorrow it will end and we need to be the team still standing having avenged Game 7 against Dallas in 2006 and having shaken away some of the heartbreak and misery from the 2013 NBA Finals in the process. Tomorrow afternoon, the San Antonio Spurs are hosting a wild international basketball party and (if I’m not mistaken) Dirk’s invitation might just have gotten lost in the mail. This is our year. We’ve got next.

Congratulations, Miami. We've got next. #BlackAndSilver