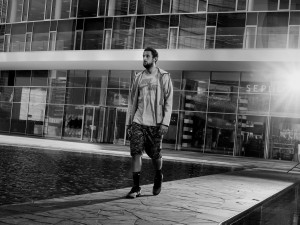 Public Service Announcement – “Allow me to reintroduce myself, my name is…” Marc – O, B to the Elinell – E, I used to move them J’s by the O-Z. I guess even back then you could call me, CEO of the T-R-E. When Marco Belinelli hit two long jumpers curling off of screens to score five points during the fourth quarter of the San Antonio Spurs blowout Game 7 victory over the Dallas Mavericks on Sunday, I remember making a mental note that, even though these buckets came during garbage time, they could prove huge moving forward through the playoffs. Marco had been largely absent from the Spurs’ first round series and I knew that in order for us to compete for a championship, we are going to need him performing at a high level off of the bench moving forward. Two days later, San Antonio got exactly what I was hoping for coming off of Marco’s confidence boosting garbage time buckets in Game 7 against Dallas. A rejuvenated and confident Belinelli, after seeing the ball go in the basket on Sunday, came off the bench last night to play 28 minutes and score 19 points on 7-9 shooting and earn player of the game honors in the San Antonio Spurs 116-92 blowout victory over the Portland Trail Blazers in Game 1 of the Western Conference Semifinals. Tony Parker also picked up where he left off on Sunday with another dominant performance last night while squaring off against one of the league’s up and coming star point guards in Damian Lillard. Tony amassed 33 points on 13-24 shooting and added 9 assists to boot. In comparison, Lillard was only able to put together 17 points on 6-15 shooting and compiled most of those points after the game was already out of reach. While it is only one game, and Lillard remains one of the most dangerous weapons left in the 2014 playoffs, Tony Parker (whether intentionally or not) made an emphatic statement last night on how the two players should currently be compared in regards to the pecking order of the NBA’s elite point guards.

For the first time since our 19 game winning streak was snapped at the beginning of April by the Oklahoma City Thunder, San Antonio has put together two dominant performances in which we have played Spurs basketball on both offense and defense for 48 minutes each night. For fear of jinxing our newly found momentum, there is not a whole lot to add about the performance that the Spurs put together last night. It was a complete team effort in which our bench was a decided advantage outscoring the Blazer’s bench 50-18 and we even received an impressive contribution from an unlikely source in Aron Baynes who came up with 10 points and 7 rebounds in 15 minutes of action. Portland, who had not played in a Western Conference Semifinal game in 14 years until last night, will come back with a much better effort in Game 2 after taking one on the chin for, seemingly, not being ready for the intensity of second round playoff basketball. Lillard and Texas native, LeMarcus Aldridge, are one of the most talented tandems in the NBA and we should fully expect them to respond as if their backs are against the wall tomorrow evening at the AT&T Center. The Trail Blazers are fully capable of making the adjustments to steal Game 2, and also home court advantage in the series, if we let our guard down in the slightest. But if the Spurs come to the arena tomorrow to play together with the same purpose and intensity as we did last night, it seems that regardless of the talent on the other side and the adjustments that the Blazers make, the #BlackAndSilver will put ourselves in a strong position to enjoy our time spent over the weekend on heirplanes flying above the Pacific Northwest en route to Portland, Oregon with a commanding 2-0 lead in the series.