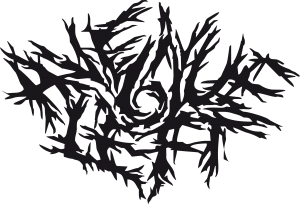 Californication – Last night, an irrationally unsettled Scott Brooks played Russell Westbrook 45 minutes in the Oklahoma City Thunder’s 105-92 victory over the San Antonio Spurs in Game 4 of the Western Conference Finals. Midway through the third quarter, with the Spurs down by 20 points, Gregg Popovich pulled his top six players and let his third string play the remaining 18 minutes of the game. After the Spurs bench started playing the way the Spurs starters had failed to play for the second straight contest (moving the basketball on offense, hustling on defense), Scottie Brooks, in his infinite paranoia, countered by playing his Big Three (Durant, Westbrook, Ibaka) a combined 121 minutes in order to prevent the Spurs C Team from stealing the game. Even when the #BlackAndSilver bench cut the lead to 10 points, Coach Pop did what no other coach in the world has the stones to do in such an important game: he stuck with the unit that had showed the desire to compete. In the end, the superstar forces of Durant and Westbrook were too much for the Austin Toros reunion team to overcome. Congratulations, OKC on winning the battle. By the way, Russ, you may have won said battle last night, but when you feel compelled to stare down the opposing team’s third string point guard when you are ahead by 27 points, are you really winning? Sometimes when an All-NBA point guard acts like a bully, the kid whose lunch money was just stolen dusts himself off and fights back. The greatest advantage that the Thunder had going for them in trying to pull off yet another come from behind series win against the Spurs was that Serge Ibaka’s defensive presence was in our heads. Thanks to player of the game Cory Joseph, that is no longer the case. Get some rest, OKC. See you tomorrow night in San Antonio.

“France has lost a battle. But France has not lost the war.” – Charles de Gaulle

Here we go again.
Another late spring collapse?
Nope. This is our year.

Written May 2014 in San Antonio, Texas

C.R.E.A.M. (Championships Rule Everything Around Me)